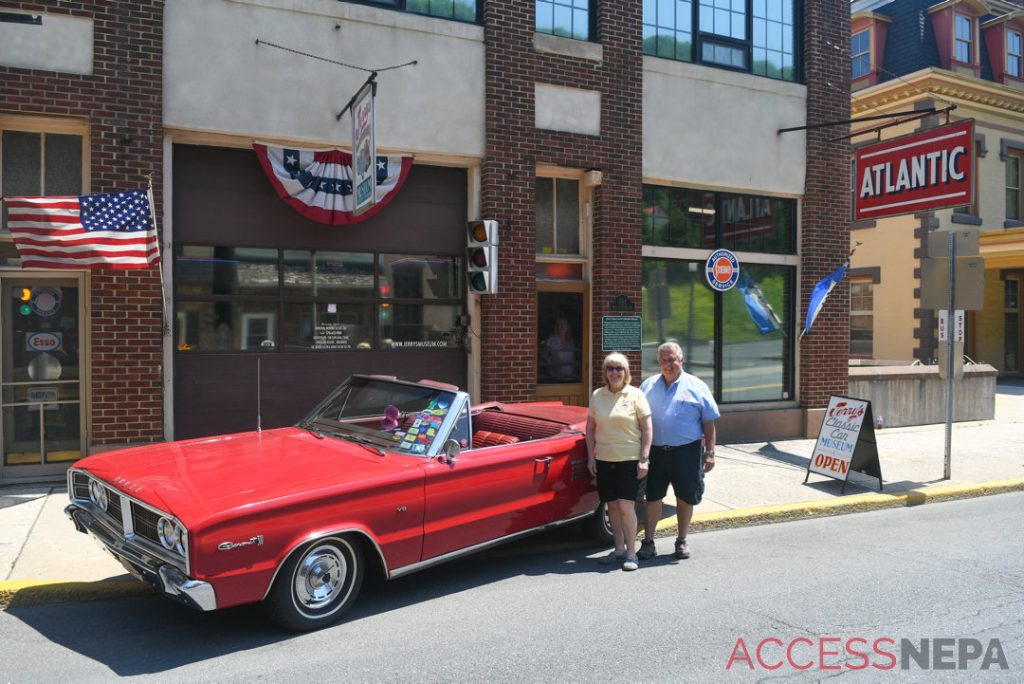 POTTSVILLE — What began as a space for a private collection of classic cars has turned into one of the county’s most popular tourism sites.

Jerry’s Classic Cars & Collectibles Museum is celebrating 25 years in business this year. Owner Jerry Enders bought the building that now houses the museum at 394 S. Centre St. with his wife Janet in 1994 to store their classic cars. But shortly after the purchase, they discovered records inside the building that it was the Morgan Studebaker Dealership. Inspired by his time working at an Atlantic gas station in Schuylkill Haven, the North Manheim Township resident then decided to capitalize on its history, acquired more memorabilia and opened the museum in June 1996.

“I never intended for it to be a museum,” he said. “The museum created itself.”

The museum houses more than 20,000 items and attracts several thousand visitors a year, many of whom are car enthusiasts. Enders, who also owns Jerry’s Northeast Auto Sales on Route 61 just outside the city, said the majority are from outside Schuylkill County and he has welcomed people from across the country and the world, with tourists from the Netherlands, Sweden and Germany among those who have visited. On Friday afternoon, a group of students and instructors in the Schuylkill Technology Center’s automotive program looked around the museum.

“It’s amazing,” he said when asked how he felt about the museum marking 25 years. “I’ve loved every aspect of sharing automotive history with visitors and the history of the museum over 25 years. Car people are fun people and every car has a story.”

Items housed in the museum include classic cars, records, signs, countertops and other historic artifacts. While most of them date to the 1950s and ’60s, the oldest item in the collection is an 1818 penny. Many of them have been donated. 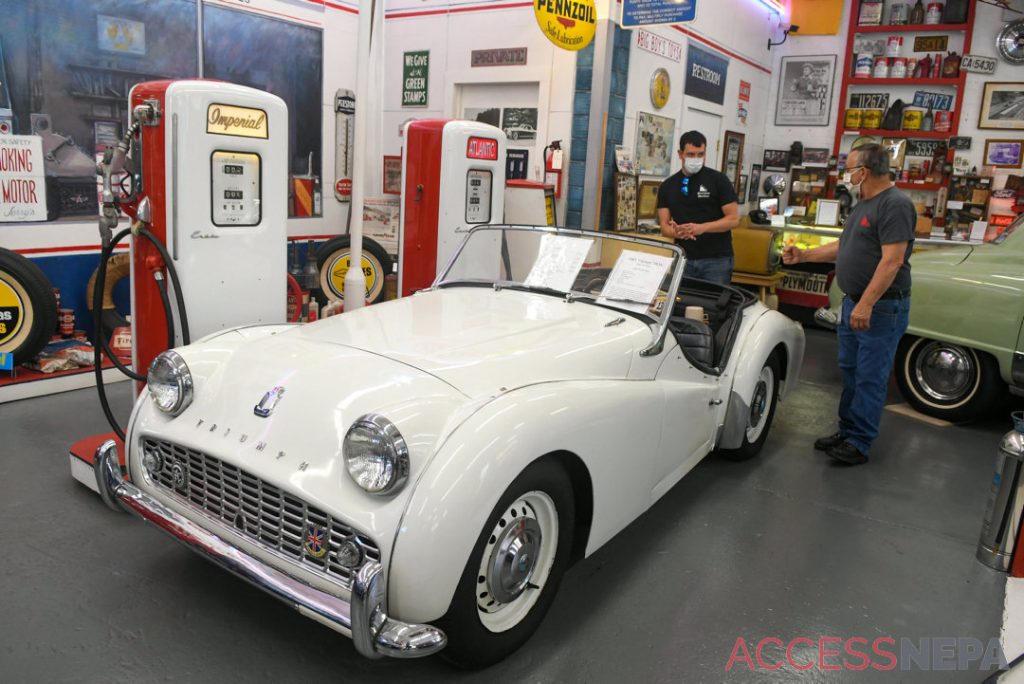 “I think it’s exciting and great for the community,” Debbie Yuengling, employee engagement and culture manager, said of the anniversary. “We work well together. He’s a great community advocate and we’re lucky to have him.”

“The support we have received from family, friends and the community has been great,” he said.

The museum is open from noon to 5 p.m. Fridays through Sundays from May through October, with special hours and days for bus tours available.