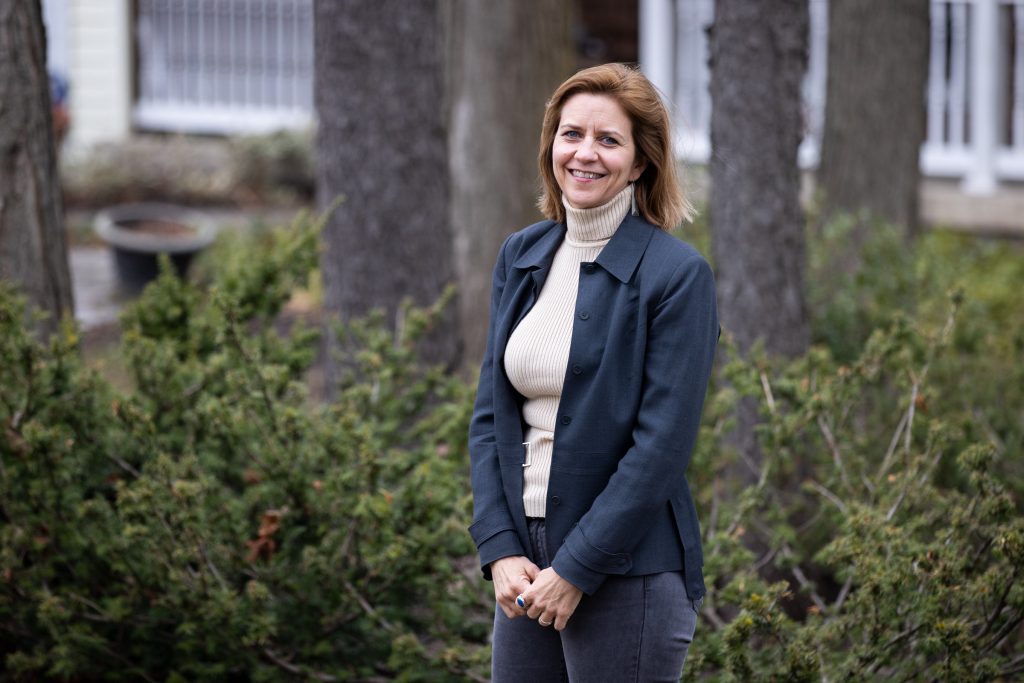 If you’ve seen some of the more popular television shows and movies of the last two decades, you probably saw the results of Molly Mikula’s hard work.

The Clarks Summit resident and trained architect has spent the last 20-plus years using her talent for design to create the sets where famous faces deliver their performances. Her resume touts her contributions to such productions as “True Detective,” “American Horror Story,” “Django Unchained” and “The Curious Case of Benjamin Button.”

“I just like the energy and the sort of the challenges that it sets up,” Mikula said of her job. “There’s always a new, very different challenge.”

Growing up in Ohio, Mikula embarked on a career in architecture, earning a bachelor’s degree in the field from Miami University of Ohio and later a master’s degree from Columbia University.

“I always liked art, doing art and sculpture and spacial stuff. … When I was just applying to school, (architecture) just sounded like the only thing that fit my personality,” she said.

While doing her undergraduate studies, Mikula had a few friends in film school in Ohio who were making student movies, and she thought it looked like fun. After learning during grad school that a component of movie-making called for her skill set, she decided to pursue film further.

“After grad school, I got a job in an architectural firm, but the whole time, I was asking everybody I met if they knew anybody in film,” Mikula said.

Eventually she landed an unpaid film job and left her paying gig behind.

“It’s funny; you know how they say it’s not what you know, it’s who you know? Well, it’s really both because that job led to other jobs that actually paid,” Mikula said. “And eventually I got into the union.”

Since then, she’s worked as an assistant art director and art director, sometimes called set designers, for such television shows as “City on a Hill” and “The Alienist” and movies including “The Expendables,” “Fantastic Four,” “The Twilight Saga: Breaking Dawn — Part 1” and “Green Lantern.”

The job for assistant art directors involves drawing sets like an architect would draw a traditional building by making all the plans, figuring out elevations and other details. But unlike a real house, these walls move to accommodate camera positions.

Art directors, meanwhile, oversee not only those making the drawings but also the construction end, which involves visiting sets, talking to the construction workers and painters, and making sure everything that has to happen does, Mikula said. They develop budgets and coordinate with the production designer, she explained, who has the vision for the project.

After working in New York City for a time and getting married, Mikula moved to New Orleans in 2000, where her husband, Jim Sullivan, got a teaching job and they had their three now-teenage daughters, Sean, Quinn and Dexter. Mikula had stopped traveling back and forth to New York for work, and then the work came to her thanks to tax credits that lured productions to New Orleans to film.

In 2015, she and her family moved to Clarks Summit after her husband got hired at Marywood University, where he is dean of the College of Professional Studies. 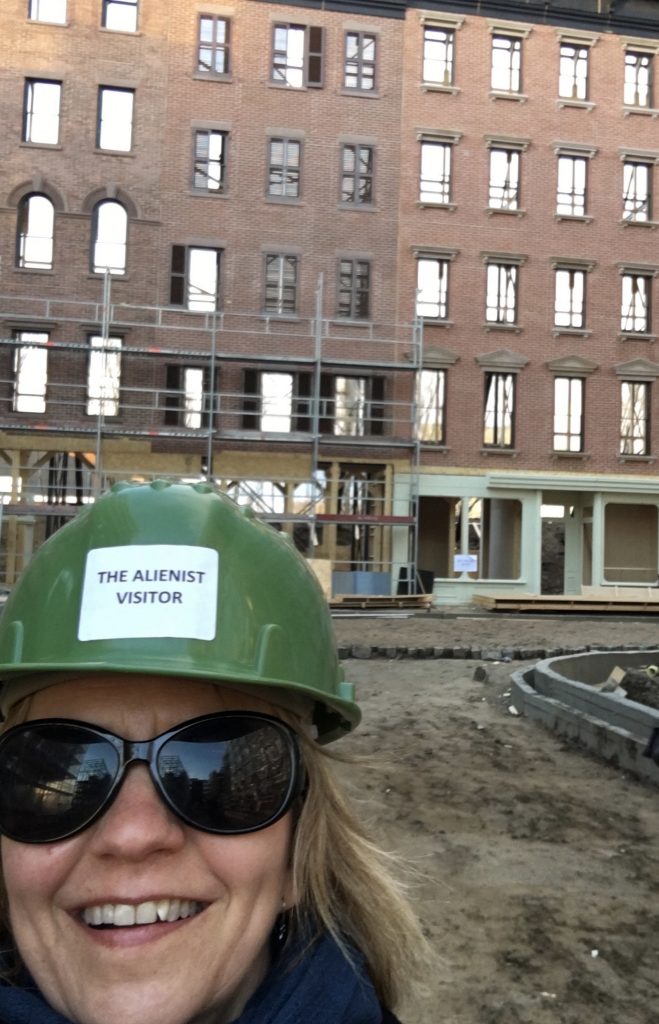 These days, Mikula’s work usually takes her to New York, where she’ll stay during the week and then come home on the weekends. It’s not ideal, she said, but not bad, either, because then she can spend more time with her daughters than she would on weekdays.

In the past, Mikula sublet an apartment to stay at while working in New York, but earlier this year, she rented a place of her own as she embarked on a 10-episode project for Netflix. When the coronavirus began to spread, though, production shut down and Mikula headed back to the Abingtons to wait for the all-clear.

“I’m hopeful that this will all pass soon because when I lived in Louisiana, I lived there during (Hurricane) Katrina,” she said. “And it has a similar vibe, like there’s this weird feeling like, ‘When is this going to end?’”

Mikula has some scripts to read and budgets to work on in the meantime, but if no one is working on set, there’s not much else she can do while she waits to return.

“I have to say, Netflix has been really pretty amazing,” she said. “They set up a $100 million fund to take care of us during this. They’re paying a couple extra weeks of work for everybody that’s working on every Netflix show, which is kind of amazing.”

Mikula sometimes works remotely from her Abingtons home, too, as she did when designing sets for the TNT series “The Alienist.” For that, she also trekked into New York to take measurements and photos of certain areas so they could create a Victorian-era version of the city in Hungary, which she then had a chance to visit.

“We built a ridiculously huge and amazing backlot in Budapest, and it looked like about 12 blocks of New York in sort of an H shape with a tail that goes off. That’s the part that I drew,” Mikula said. “They also built a huge part of the bridge. … It was really amazing.”

Mikula tries to avoid sets during filming, but occasionally she does have to visit.

“I’ll be there right when they’re starting in the morning because if the production designer is busy, they usually like to open the set (and) say to the director, ‘Do you like it?’” she said. “And if the director likes it, then we can go away. … That’s the only reason I would be there while they’re filming, to make sure the director’s happy and make any adjustments on the fly.”

She has had a few celebrity encounters through the years, including seeing Brad Pitt in his old-age makeup for “Benjamin Button” and “Expendables” director and star Sylvester Stallone, who she called “the most ripped person I’ve ever seen in my life.” She also was excited to see the dog from “Because of Winn-Dixie.”

“Quentin Tarantino, he sat down and had lunch at a table with us (during ‘Django Unchained’),” Mikula said. “That was interesting. … The crew always eats together, but most of the time the directors don’t sit with the crew.”

Her daughters have been able to experience the magic of movie-making as well.

“I try to get them onto as many sets as I can just so they can sort of see what I’m doing,” Mikula said.

Before taking them to the “Django Unchained” set, she made sure they knew that the fake blood they would see was just that — a mixture of Karo syrup and food coloring.

“They came to visit the day after they shot (a) blood bath (scene) in this huge mansion we built,” Mikula said. “It was right downstairs from where I was working. … The whole place was painted red, and it was sticky and it smelled like syrup. My cousin was with me, too, and we were all just laughing like, ‘Oh my God, what are we doing bringing these little kids there?’”

Mikula looks back fondly at several projects in her career, from the low-budget but fun experience she had with the show “Songcatcher” to “Benjamin Button,” which required a lot of research because the story spanned so many decades. She loved the house in the “Coven” season of “American Horror Story,” for which she worked on the kitchen and staircase, and enjoyed the work of “Cirque du Freak: The Vampire’s Assistant.”

One thing that always excites her about seeing the end product is discovering what the production did with the script.

“I get the script and I’ll read them one way, and the director will have a different vision or the actor will do it in a much better way than what’s in my head,” she said, adding with a laugh, “but they always stand in the way of my beautiful sets.” 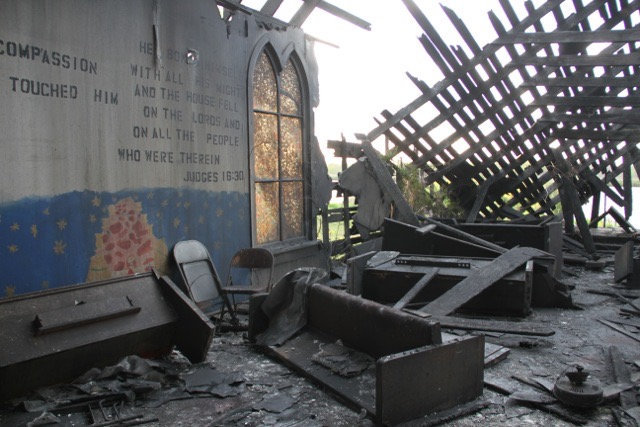 Molly Mikula has numerous well-known TV shows and movies on her resume. Here’s where you can stream some of the highlights: