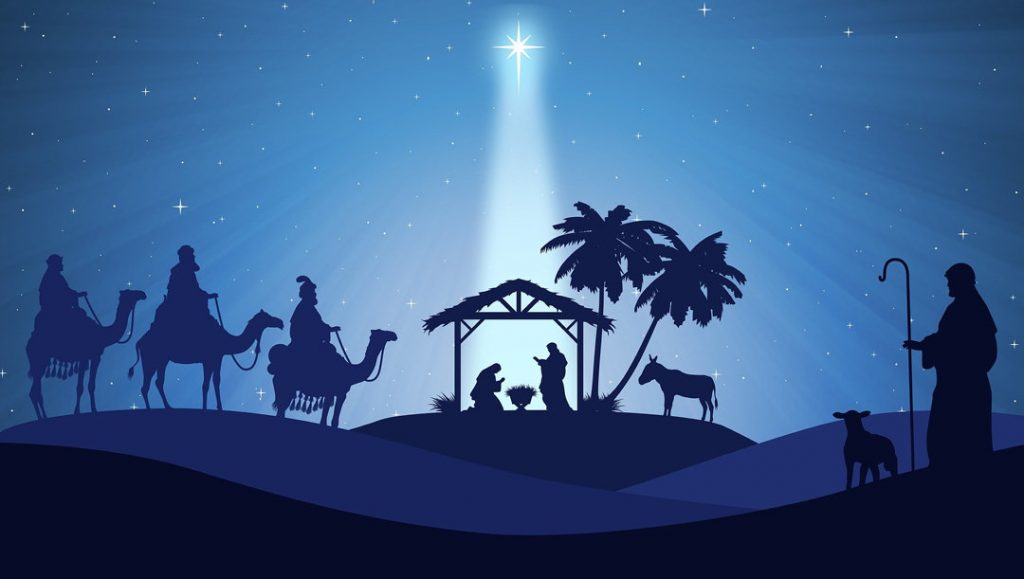 It’s time for my annual Starwatch column when I like to suggest what can be considered the Christmas star for the holiday season. Most years, it’s not actually a star, but rather a planet. The original Christmas star sighted in the Bible could have very well been a supernatural event. Or it may have been an exploding star, otherwise known as a supernova.

The original Christmas star could have also been a bright conjunction of two or more planets. Astronomers can clearly trace back past conjunctions as well as future ones. If it was a conjunction, it’s difficult to tell which close encounter of planets in the sky could have been the Christmas star since the exact year of Christ’s birth is uncertain.

This year, we have a truly tremendous and historic conjunction in the early evening Pottsville sky that I certainly would consider the Christmas star for 2020. It’s the extremely close pairing of Jupiter and Saturn, the closest they’ve been to each other in the night sky since 1623! The two planets pop out in the early evening twilight in the very low southwest sky. Don’t delay checking them out because they set below the horizon shortly after 6:30 p.m. If you have a high tree line or house that blocks your southwest horizon, you will most likely have to move to a more open area or to the top of a hill to see the tight hug between Jupiter and Saturn.

Throughout the autumn, the largest planets in our solar system have been drawing closer and closer to each other, and on Monday they’ll be at their closest, only a tenth of a degree apart! Incidentally, Monday is also the winter wolstice this year, the first day of winter. Jupiter and Saturn are so close together they’ll almost appear as a double planet. Jupiter is the brightest of the two with Saturn just above Jupiter. Their combined light should make a spectacular sight!

Unfortunately, the view of the planets through a small telescope or pair of binoculars won’t be all that great. Because they’re so close to the horizon they’ll appear really fuzzy. Nonetheless, you’ll see the disk of Jupiter and some of its moons. You’ll also see a fuzzy version of Saturn’s ring system. The cool thing is that both planets can fit in the same field of view!

Jupiter and Saturn aren’t actually close to touching. They’re nowhere near each other in reality. They just happen to be in almost the exact same line of sight. As Jupiter and Saturn circle around the sun in their separate orbits, they appear relatively close to each other in the sky about every 20 years from our vantage point on Earth. This time around, though, they appear to be extra, extra close because their orbital planes are intersecting from our point of view. How this happens is another story for another day. After Monday, the planets will very gradually begin to part company in the heavens from night to night, but they’ll still be close enough to make this holiday season, a strained one for sure, a little brighter.

Another Christmas astronomical treat that I want to point you to is available every year in the eastern sky during the holiday season. It’s the Christmas Tree Cluster, and that’s what it really looks like. You’ll need to wait until after 8 p.m. or so to get a good look at it. That’s when it will be high enough above the eastern horizon to view.

The best way to find the Christmas Tree Cluster is to use the bright and famous constellation Orion the Hunter, perched diagonally in the eastern sky. Orion is the dominant constellation of winter with its three bright stars in a nearly perfect row that makes up the mighty hunter’s belt.

On the upper left corner of Orion is Betelgeuse, a bright reddish star that marks the hunter’s armpit. On the upper right corner of Orion is Bellatrix, a star not quite as bright as Betelgeuse. Draw a line from Bellatrix to Betelgeuse and continue that line about 10 degrees to Betelgeuse’s lower left. Ten degrees is about the width of your fist at arm’s length. Scan that area with your binoculars or a telescope and you should eventually find the Christmas Tree Cluster. This week, the nearly full moon and all its light might make the cluster a little more challenging to find, but it’s still possible. By around Jan. 3, the moon will start rising later in the evening, making the skies a lot darker.

Once you find the cluster, you’ll see about 20 or so stars arranged in the shape of a Christmas tree, but its brightest star is actually at the base of the tree. I sincerely hope this adds to your holiday spirit! If you look through binoculars, the starry little tree will appear on its side, pointing to the right. In most telescopes, however, it will appear on its side, pointing to the left. That’s because the optics in most telescopes give you an inverted view of the heavens.