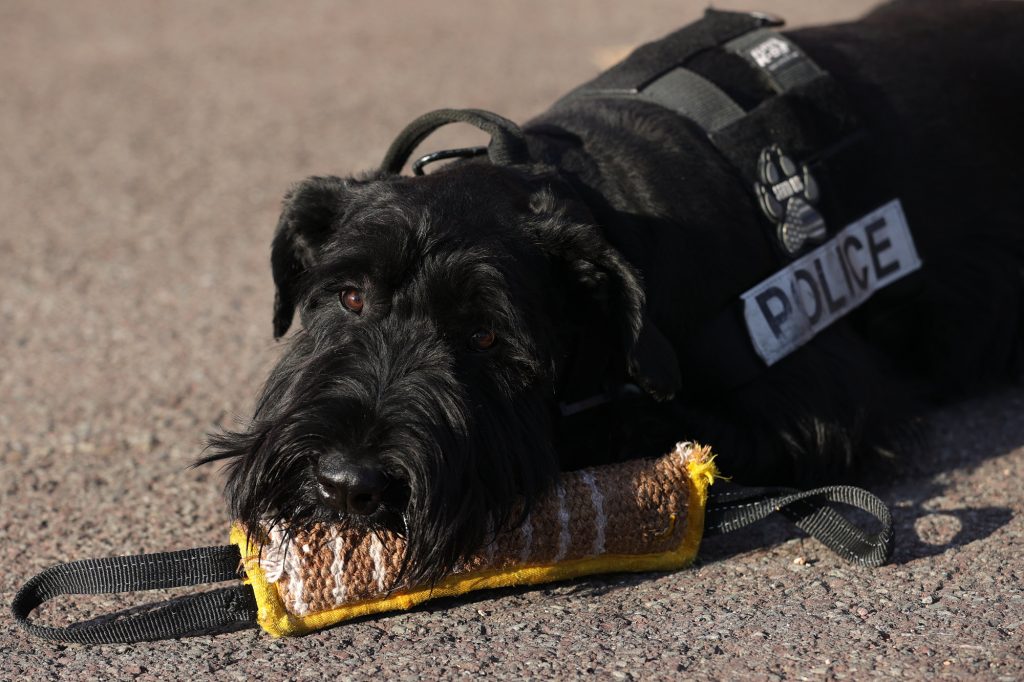 In a sea of German shepherd K-9s, Axel’s shaggy black fur and floppy ears stand out.

After just over a year on duty, the Carbondale Police Department’s giant schnauzer has held a dual role: keeping contraband off city streets while bolstering community relations.

“We wanted a dog that’s still going to do the job but is not threatening or intimidating looking,” said Police Chief Brian Bognatz, explaining that the department wanted to get away from “the typical police dog.”

It’s been a success, the chief said.

“It bridges the gap between the Police Department and the public in a way that we were never able to in the past,” he said.

Axel has been a hit with residents, whether it’s visiting schools or just being out in public, Bognatz said.

Giant schnauzers aren’t necessarily uncommon as police dogs, but there aren’t many of them used in the United States, said Doug Hill, eastern regional director of the Giant Schnauzer Club of America.

They’re a working dog, and they partially were bred for protection, he said.

One of their original uses was driving cattle into the mountains of Bavaria in the 18th century, and brewers would use them to pull carts of beer, Hill said. They also doubled as protection for the brewers and their pockets full of money, he said.

In the 21st century, they’re primarily pets, he said.

“They’re really smart, and they are really focused on doing a job,” Hill said. 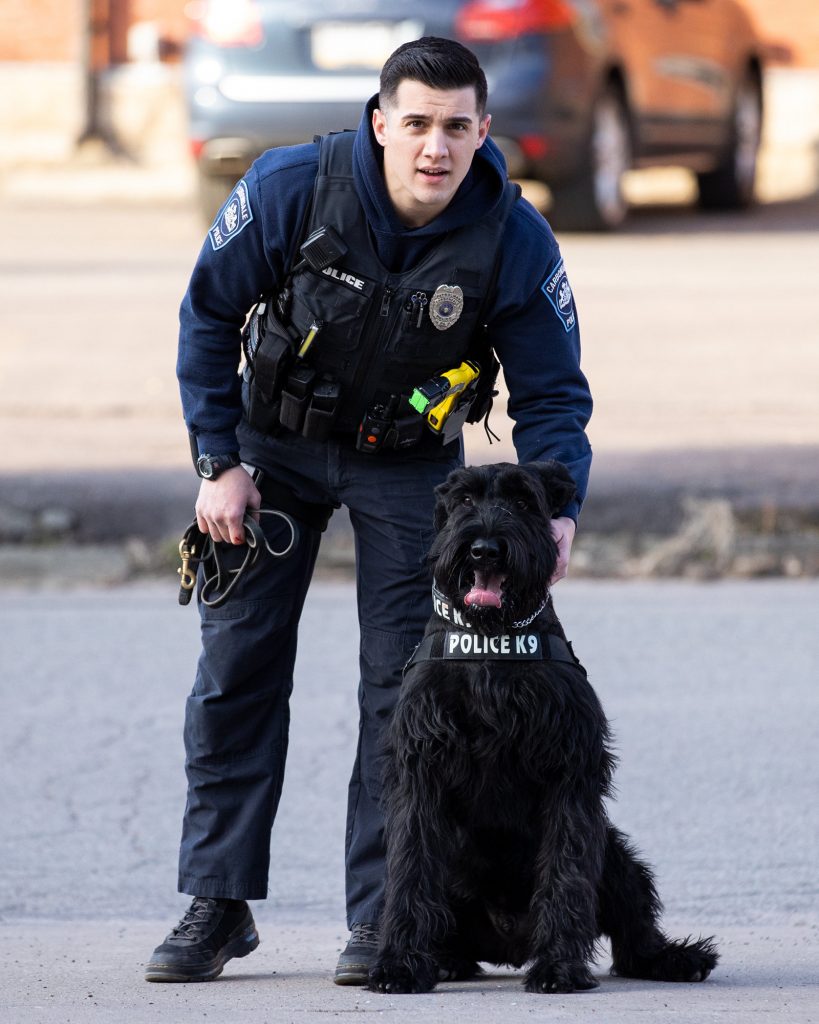 A K-9’s handler is just as important as the dog when it comes to on-the-job success, Bognatz said. That’s why he selected Patrolman Robert Williams to be Axel’s handler.

“The drug arrests for Axel’s handler were extraordinarily high to begin with, and they’ve only gotten bigger and better with the addition of Axel,” he said.

Being a handler is also a huge commitment, Bognatz said. Williams takes Axel for training in Old Forge once or twice a week, and they train together on their own every night, Bognatz said.

Williams started working with Axel as a puppy in July 2018, and Axel started patrolling with him early last year.

“He loves attention,” he said. “He loves to play with kids, he loves to kind of hang out, chill, but when it’s time to work, he’s ready to go.”

The giant schnauzer assisted in more than 50 arrests, including finding an ounce of cocaine during a traffic stop and a pound of marijuana and quarter-ounce of methamphetamine in separate incidents, Williams said.

Axel’s reputation precedes him, with some people turning themselves in during traffic stops when they see the dog, Williams said.

“They kind of know where the traffic stop is going to lead to,” he said.

“It’s very, very rewarding to start off by having him as a puppy and to see how far he’s come,” he said.

Giant schnauzers are loyal, alert and trainable, according to the American Kennel Club.

With life spans of 12 to 15 years, the muscular, large breed of dog can be as tall as 27½ inches at the shoulder and weigh up to 95 pounds, according to the kennel club.

Training them can be fun but challenging, said Doug Hill, eastern regional director of the Giant Schnauzer Club of America.

Giant schnauzers learn quickly, but they also become very focused on the task and don’t always want to stop, said Hill, who has had giant schnauzers for 25 years.

They’re intelligent and strong-minded, he said. They’re also athletic, but females are more agile than males, he said.

Giant schnauzers are great family dogs when they are properly trained and socialized, he said.

However, owning a giant schnauzer does have its challenges, Hill said. They don’t shed, but their hair continues to grow, so it needs regular grooming and maintenance. Because they always want to run, play and do other tasks, they need an active owner, he said.

“If you just want to sit all day on the sofa, it may not be the right dog for you,” Hill said.