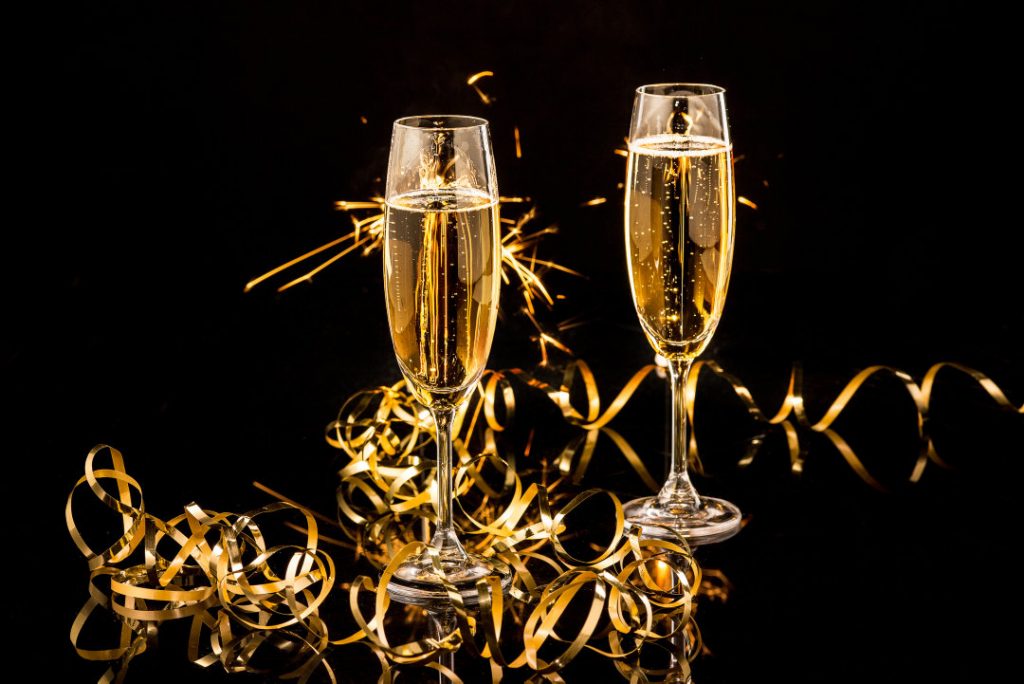 How do we say goodbye to a godawful year?

We can’t hang out in bars this New Year’s Eve, clinking our plastic glasses of complimentary champagne. Any balloons and noisemakers will need to be blown up and blown at home.
Still, it would be a pity not to bid adieu to 2020 in some fun fashion, so here are some ideas for New Year’s Eve home merriment.

Shortly after midnight of that telecast, country-pop singer Jessie James Decker will announce the winner of a special $1 million Powerball drawing (one of the five finalists is Sara Bosh from Aliquippa.)

Porter, marvelous last year as a roving reporter through Times Square, will reprise that role and sing a duet with Cyndi Lauper, with whom he collaborated on the award-winning Broadway musical “Kinky Boots.”

COVID-19 spawned safety precautions will limit the pool of potential spectators Porter can interview, though reportedly a select gathering of socially distanced first responders, doctors, scientists and other essential workers will be on-site watching the Times Square ball drop.

Pop-R&B star Ciara will lead the Los Angeles portion of the ABC telecast that runs from 8 p.m. until 1:30 a.m.

Fox says its three-and-a-half-hour special will celebrate “those that helped to make the world a better place this past year.”

On CNN, “New Year’s Eve Live with Anderson Cooper and Andy Cohen” counts down the final seconds of 2020 from Times Square with appearances by former Rochester resident Christina Aguilera, 50 Cent and Shania Twain.

NBC counters with New Year’s Eve with Carson Daly, co-hosted by Chrissy Teigen, with Leslie Jones as a roving reporter, a live-from-Nashville performance by Keith Urban, and musical guest spots by Ne-Yo and Carnegie Mellon alum Leslie Odom, plus the duo of Blake Shelton and Gwen Stefani (so expect multiple commercials plugging NBC’s “The Voice.”)

Rock and roll all night (partying every day is optional) as KISS utilizes a massive stage production filmed with more than 50 cameras and 360-degree views. They’ll try to set a new world record for pyrotechnics.

The $39.99 pay-per-view stream can be purchased through druskyentertainment.com.

If the twangier, more Americana sounds of the Avett Brothers are more your jam, then consider the band’s pay-per-view livestream concert that includes a countdown to midnight with Scott and Seth Avett.

Streamed in HD for $39.99 on Nugs.net, you can watch the Avett Brothers live or over the next 48 hours On Demand. Gotta say, “Head Full of Doubt/Road Full of Promise” and “Distraction #74” would be good hangover recovery songs. Maybe the Avetts will play “January Wedding.”

Justin Bieber kicks off the New Year by live-streaming his first full-length live concert since 2017. Streaming at 10:15 p.m., Bieber will be backed by a five-piece band, the dynamic dancers who have performed with him since 2010’s My World Tour, and a state-of-the-art light show.

T-Mobile customers can score free access while everyone else can pay $25 at www.JustinBieberNYE.com.

Chip & The Charge Ups recognized the opportunity, and recorded “Under the Exit Sign,” a song that bids good riddance to 2020.

“It is an emotional track with deep meaning set atop a unique sound that can best be described as a mashup of hard rock and gospel,” the Moon Township power-pop band’s frontman, Chip Dominick, said.

Available now on all major platforms, “Under the Exit Sign” addresses 2020’s biggest struggles — COVID-19 and the associated lockdowns; George Floyd’s death and the resulting protests; and a divisive presidential election. Though at the core of the song is an inspiring message of unity, everlasting friendship and overcoming hardships.

“For most people, 2020 was a year that kicked them square in the gut — multiple times and in multiple ways,” Dominick, who’s joined in the band by his 18-year-old daughter, Maleena, said. “However, through music, we want to look at how the year made us stronger as individuals, better as a society and closer as family and friends.”