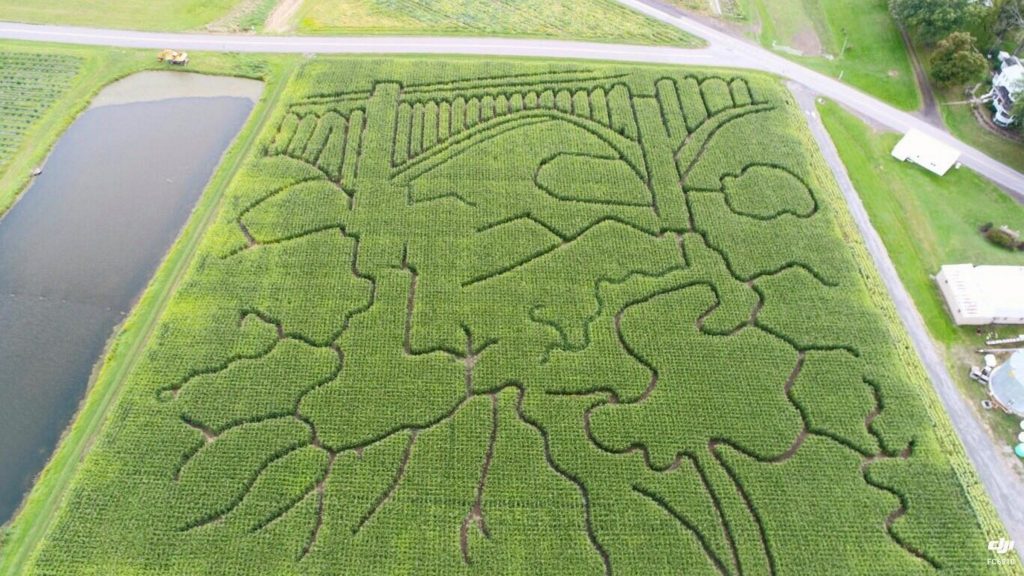 Through Oct. 27, the farm offers weekend fall activities for the whole family, including a corn maze, wagon rides to a “pick your own pumpkin” field, a hay bale tower with slides, a pumpkin bounce pad and more.

Since beginning its new season on Sept. 21, the farm has welcomed locals and visitors from as far as Williamsport and Sayre.

This year’s corn maze takes the shape of the Tunkhannock Creek Viaduct in Nicholson, complete with bridge trivia posted throughout to help participants find their way to the end.

“We like Wyoming County and we like the history of Wyoming County,” said Michele Brown. “It was a strong enough pattern that I knew it would be visible in the maze. I wanted it to be recognizable and it has been.”

Preparation for the maze usually begins in mid-June when the corn grows knee high. First, Brown thinks of a theme and how it would translate onto paper.

“I put that on graph paper, and then I flag out the field according to the graph paper and mow the paths following the flags with a zero turn lawn mower several times during the season to develop the pattern,” she explained. “At the final stage, we trim the entire path with a Christmas tree trimmer.”

Flashlight Night for the corn maze is scheduled for the third weekend in October, with characters walking through the maze on the evening of Oct. 19.

The new bounce pad has been a huge draw for children, who also enjoy the straw bale maze. 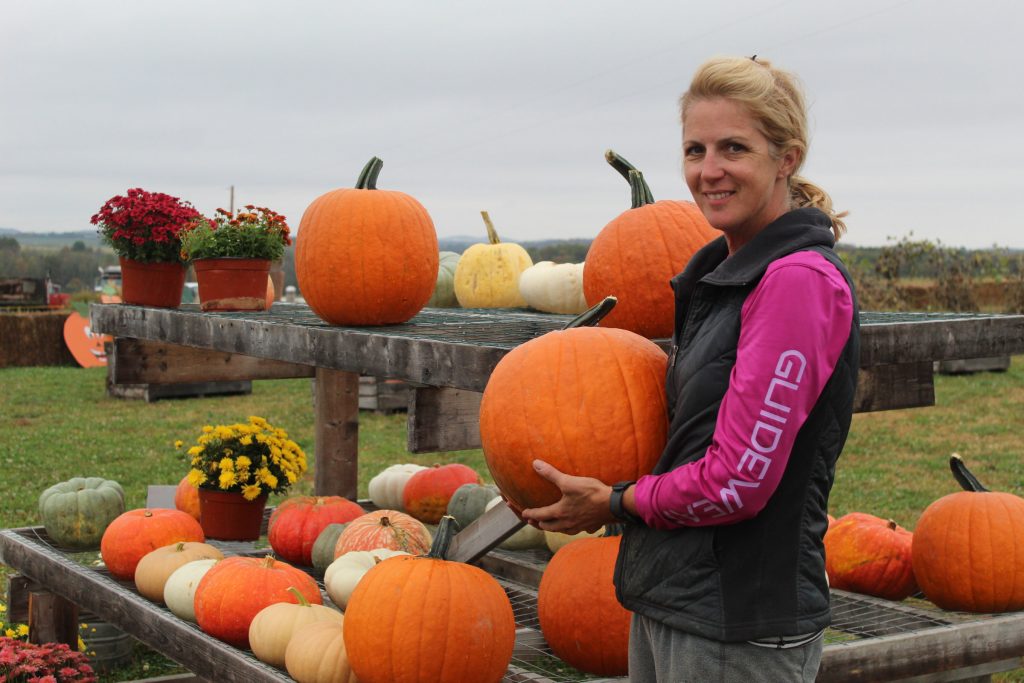 “It grows a little bit each year,” Brown said. “What I want is for families to be able to experience old fashioned fun that the adults and the children can enjoy together.”

The farm has been in the Brown family since the mid-1800s, and this fall begins the third season of offering fall activities to the public.

Pumpkins have been grown on the farm for 25 years, but were formerly only sold at roadside stands along with other Brown Hill Farm products.

The farm also grows hemp, soybeans and a variety of vegetables.

“People started wanting to pick their pumpkin out of the field,” she said. “They would come up to the house and ask if they can go into the field to do that, and we’d been throwing around the idea for 10 years. So we did it, and people have been really great.”

The farm also welcomes field trip groups on Fridays, where Scott Brown takes time to educate the youth about farming.

This Saturday and Sunday from open to close, children could learn about combines, tractors and planters when he brings out his equipment for the Brown Hill Tractor Event.

Visitors of Brown Hill Farm will notice the beginning stages of a construction project. Once finished, a barn will serve as an entranceway to the fall fun.

Michele Brown also plans to plant 350,000 tulips this November. When they bloom, the farm will offer a “pick your own” option from hopefully April to Mother’s Day, depending on the weather, she said.