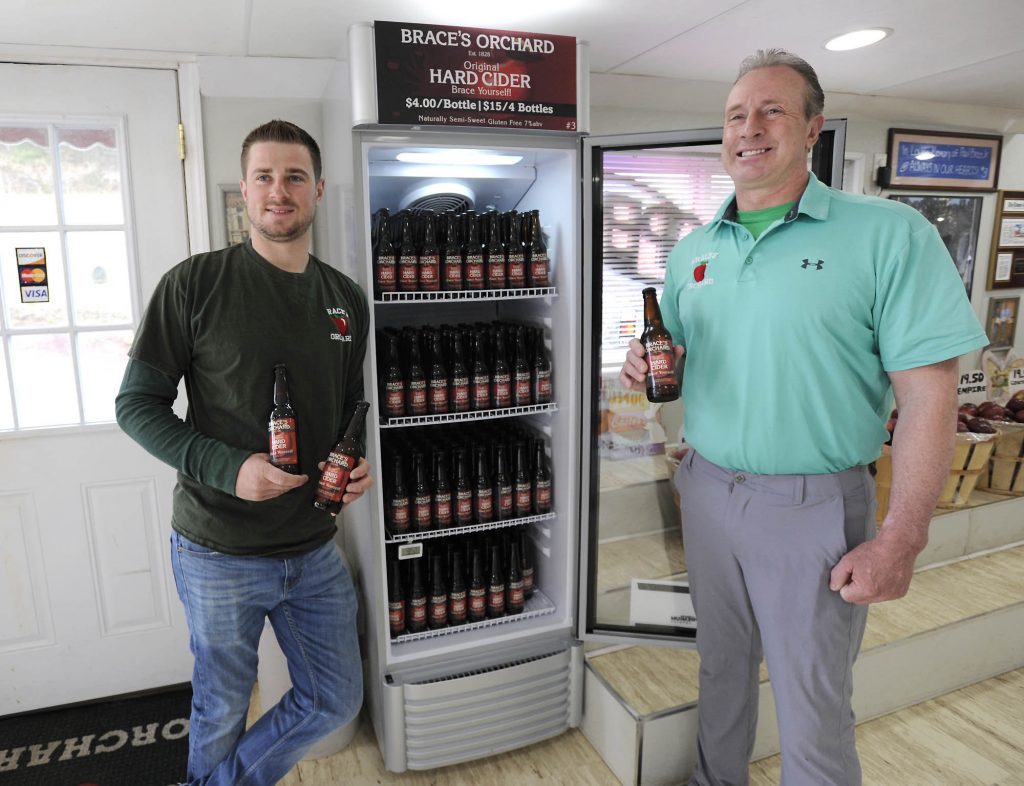 ‘Brace Yourself’ for hard cider

Brace yourself for a popular drink that a family-owned fruit farm and store is selling to help ease the pain of the quarantine: hard cider.

Brace’s Orchard in Dallas released hard cider on March 13, promoted it on Facebook and it sold out that day in one hour.

“When we rolled it out, we got 56,000 views in two hours,” said Paul Brace, the eighth generation in his family operating the fruit farm. “We sold 10 cases in less than a half hour.”

Recently, Brace’s Orchard began selling the hard cider again in addition to its fresh-made cider, apples and baked goods. Brace said he is offering hard cider in memory of his son Paul Jr., a Dallas High School football star who died in 2018 at age 24 — five years to the day after he was severely injured in a shooting. The number three on the bottle was his dream, Brace said. That was his number on his football jersey.

His son worked on hard cider in his bedroom for 10 years, he said.

“He was going to go to another country to learn how to make it,” Brace said.

Brace’s original hard cider is gluten-free and made with the farm’s popular apple cider and 7% alcohol. It takes four months to ferment. Bottles sell for $4 each or $15 for a four-pack.

Brace’s neighbor is bottling the hard cider, and they produce 20 cases a day. Eventually, he hopes to build an addition to bottle the hard cider at his farm and offer a tasting room.

“We didn’t know that it was going to take off like this,” he said. “We’ll expand as we have to.” 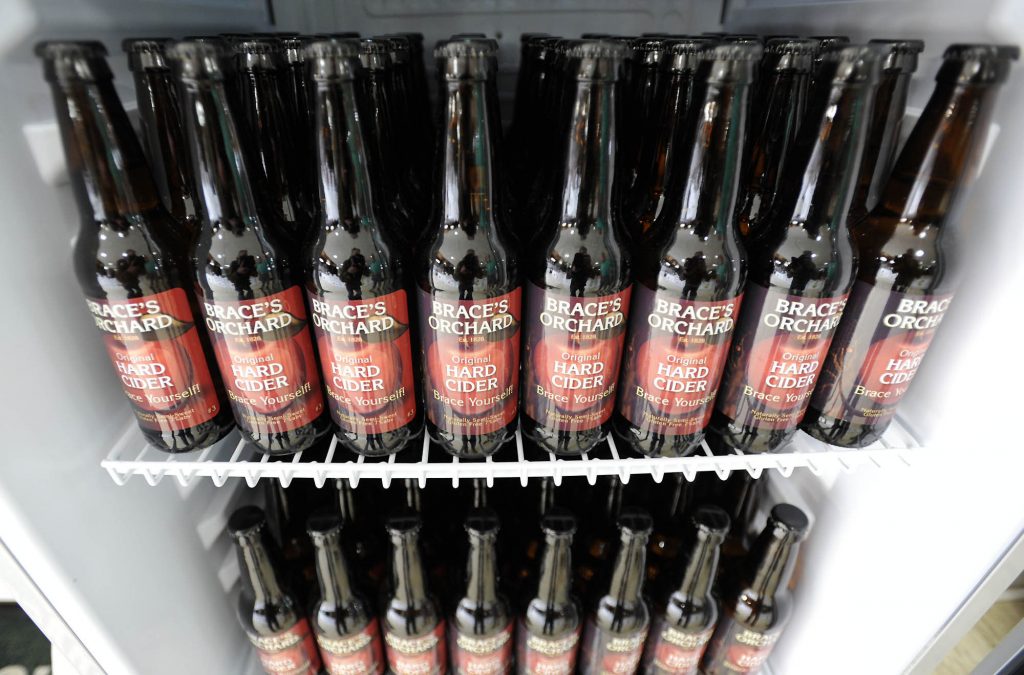 MARK MORAN / STAFF PHOTOGRAPHER
A cooler holding bottles of hard cider at Brace’s Orchard in Dallas. Brace’s Orchard began selling the hard cider again in addition to its fresh made cider, apples and baked goods. Brace said he is offering hard cider in memory of his son Paul Jr., a Dallas High School football star who died in 2018 at age 24 — five years to the day after he was severely injured in a shooting.

Brace said they also will sell hard cider at farm markets in addition to their other offerings.

The bottles feature the saying, “Brace Yourself!” Brace said they got the idea for it from a headline that ran on the front page of The Citizens’ Voice, a Times-Shamrock newspaper, when his son scored three touchdowns in a game against Berwick while he was a sophomore. It was the first time Dallas High School’s football team beat Berwick in 17 years.

“We thought we should do something in his memory,” Brace said. “There really has been a positive response.”

Brace said they promote fruit like Honeycrisp apples and donut peaches on their Facebook page, but they never got as big of a response as their new hard cider.

While other businesses were ordered to close as a result of the coronavirus pandemic, Brace’s Orchard at 444 Brace Road is considered an essential, life-sustaining business and is open daily from 10 a.m. to 5 p.m.

The family-owned farm has been growing and selling fruit since 1828. They make their apple cider year-round.

“Most of our customers drive 20 miles to get here,” Brace said.

He said customers feel safe coming to Brace’s Orchard, which has hand sanitizer on hand amid the coronavirus pandemic.

Haunted attractions, seasonal events happening around the region
Vine Cafe blossoms thanks to homemade dishes
Indulge in this game day grub
Grab your costume and candy bucket for trunk or treats and more