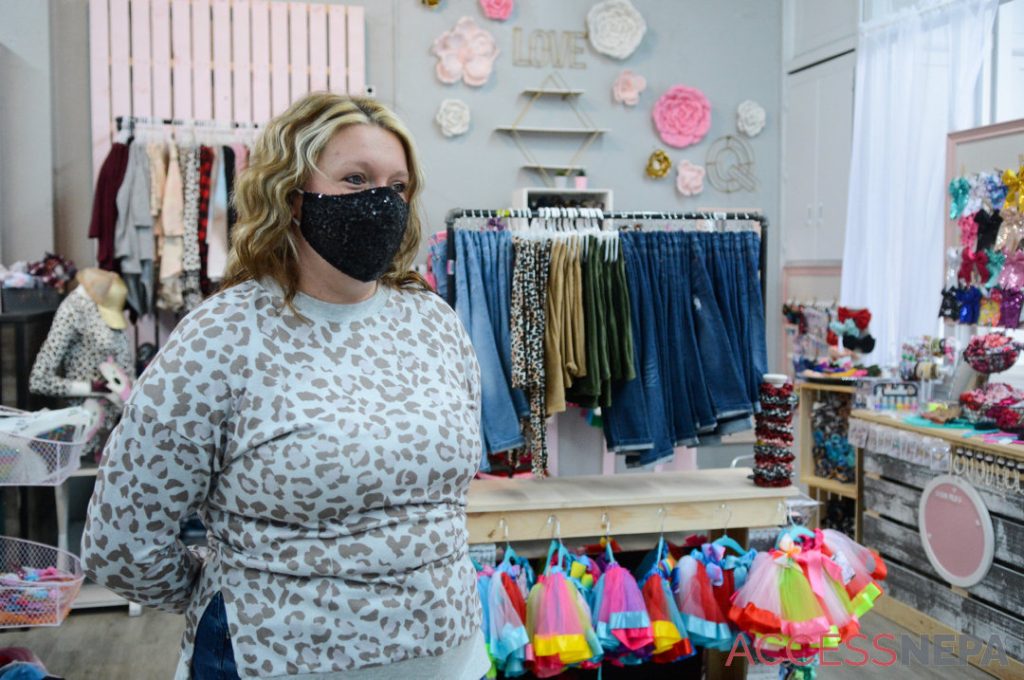 Boutique to open at Masonic building

A women’s clothing store that operated out of a bus will set up in a brick-and-mortar location, plans its owner hopes will bring people to Pottsville’s downtown.

Tabatha Masler will open Quintinsky’s Glitz & Glam Boutique on the first floor of the Pulaski Masonic Lodge No. 216 on North Second and West Norwegian streets on Jan. 8. The new store will sell women’s clothing — including shirts, leggings, jeans and maternity jeans — ranging in size from extra small to 3XL.

It will also carry clothes and accessories for girls and babies, purses and wallets.

“They’re good quality items,” she said of the store’s clothes merchandise. “Everything is at an affordable price. I don’t want to break anybody’s pocketbook coming in here.”

The boutique is named for the West West Terrace resident’s soon-to-be married name. She and her fiance, Tedd Quintinsky, planned to get married in June but postponed their wedding until this coming August.

Masler, 32, who is also a per diem licensed practical nurse, has been running Quintinsky’s from a 16-foot-long bus she owns for a year and a half.

But with so many items and so little space, she decided to open in a permanent spot. The bus went to various locations and events throughout the county and neighboring Berks County, and played host to boutique parties, where a group comes together for the host to receive a discount and free items from the boutique, which Masler plans to offer at the store.

Although running a boutique from the bus was successful, she said it doesn’t operate well during the winter and the coronavirus pandemic meant its appearances were cut.

“I think I did one actual event the entire season,” Masler said.

However, she still got requests from the public to purchase her clothing and fashion accessories online.

“My business has not stopped,” Masler said.

As her fiance is a member of the Masonic lodge, she said renting the 900-square-foot space on the building’s first floor made sense as he spends time in the building. The lease began in October.

Although Masler will be running the day-to-day operations, she will be assisted by her fiance and daughters, Kendyll, 8, and Kylie Quintinsky, 14, all of West West Terrace. Tedd Quintinsky built the wooden furniture, including the front counter, purse stand and dressing rooms.

Kendyll Quintinsky made the children’s jewelry. The family spent New Year’s Eve preparing the store for its opening, setting up items.

By opening her business, Masler said she hopes to get people to come to downtown Pottsville. By bringing more businesses into the area, it will also help other businesses, she said.

She said opening during the pandemic will be a challenge, but feels like it will inspire people to get out to downtown Pottsville.

“With the weather getting nicer, there is going to be more foot traffic,” Masler said. 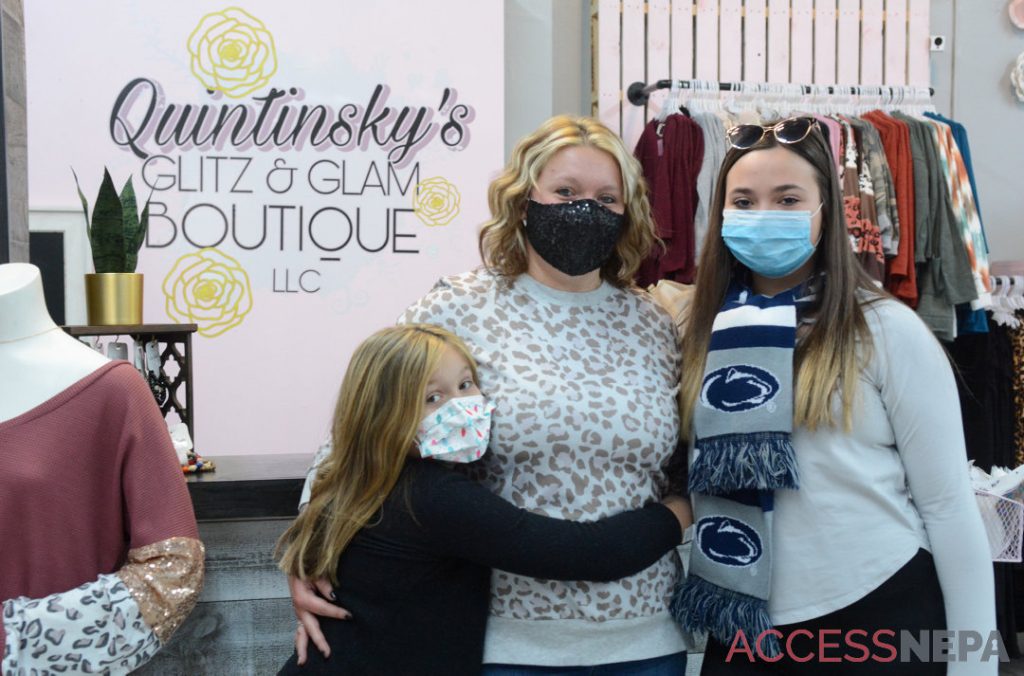 Precautions are in place, with only a certain number of customers allowed in at one time. Also, hand sanitizer will be available; items being returned can only be exchanged and not traded in; and face masks will be required inside and will be for sale.

Quintinsky’s Glitz & Glam Boutique is the second clothing store to open in recently weeks along North Second Street. In mid-December, Drasdis & Son, a men’s clothing boutique selling suits, ties, casual shirts and pullovers, opened at the site of the former Pottsville Bike and Board at North Second and West Market streets.

Dave Clews, president of the Pottsville Business Association, said while it is “always great” to see new businesses come in, he is especially interested in ones that are different.

“We haven’t had a men’s or women’s clothing store open in Pottsville in several years,” he said.

During the pandemic, when many merchants are struggling, Clews said seeing someone take an interest in opening a store is a good thing.

“It signals a new interest and revitalization,” he said. “It makes people see that downtown Pottsville is a viable place to do business. I admire people that open during the pandemic.”

While she is still figuring out the boutique’s permanent hours, Masler said she will celebrate the store’s opening weekend from noon to 8 p.m. Jan. 8-10 with refreshments and giveaways.