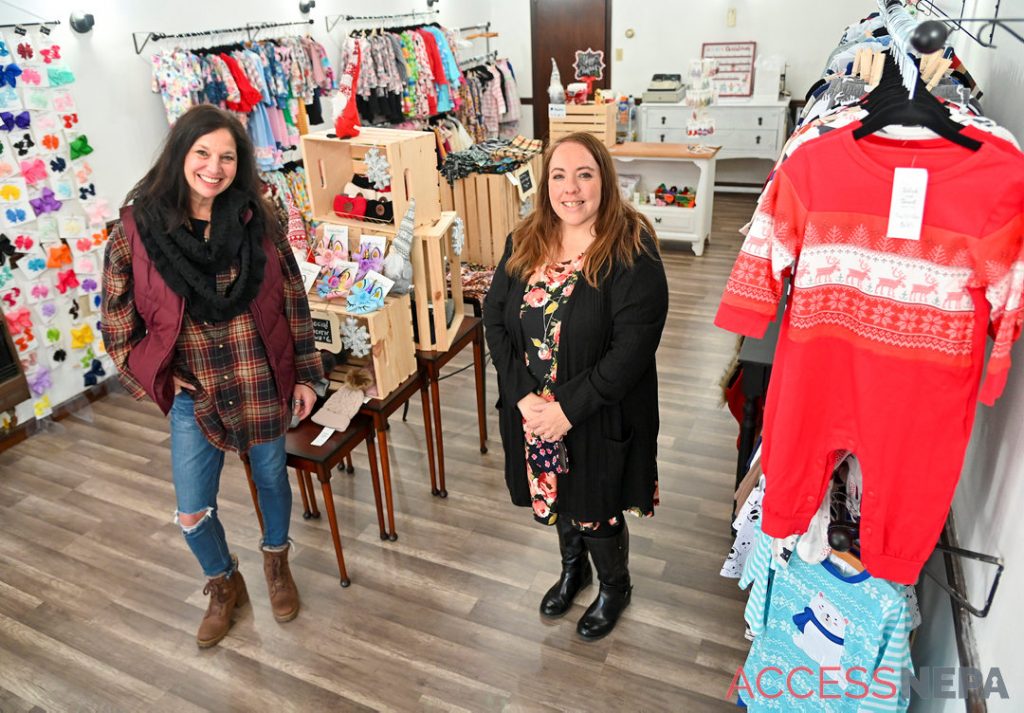 Jerry Tully is eager to see the Queen City’s business district return to its glory days.

The Olyphant council vice president, Tully is encouraged by the recent flurry of new tenants and hopes the trend continues, despite the pandemic.

“We want to build it back up like it used to be where you could walk through town and every product you could possibly want to purchase is available,” he said. “Everybody used to come to Olyphant to go shopping when I was a kid.”

Olyphant got its royal nickname for its compact, central business district that resembled a miniature city.

Tully anticipates seeing the business district continue to evolve and look more like it did years ago when there were many stores lining the streets.

“Everybody went to Sullum’s (on Lackawanna Avenue) to get their bridal gowns and bridesmaid dresses,” he said. “It was a very busy business.”

He also noted Condrat’s, a men’s shoe store, was another bustling business.

“You could go in there and buy any kind of shoes from sneakers to men’s dress shoes,” Tully said. “It specialized in all styles and colors, and was a nice place to get socks and everything necessary to look like a workman or a gentleman.”

As part of the revival, two new clothing stores are among the new additions to the borough’s shopping hub.

Laura Freeswick started creating custom-made clothing about 18 years ago and teamed with her friend, Lisa Maiolatesi, to open Deliah and David Children’s Couture at 209 Lackawanna Ave. in late November.

Opening a new business during the midst of a pandemic may seem risky to some, but Freeswick felt comfortable taking the leap.

“Life has many twists and turns,” she said. “You just have to jump in when you feel it’s right and have faith in your choice.”

The store sells clothing for boys and girls ranging from newborn to about eight-years-old along with dolls, accessories and toys.

Freeswick feels the personal connections formed at the store separates it from some of the bigger retailers.

“I want to make the people feel like it’s not just a store … but they’re becoming part of a family,” she said. “If someone comes in with a suggestion or idea, I might be able to make it for them or help them find what they need.”

According to Freeswick, the area’s revitalization has many people reminiscing about Olyphant as the Queen City.

“It makes me happy there are people who truly believe in the community and the town as a whole,” she said.

Kim Evans, owner of Thekimmy a BOHO Boutique, had been an online retailer for about three years before moving into 203 W. Lackawanna Ave. in January.

The store which sells women’s apparel and accessories specializes in dresses for the middle-aged woman, Evans said.

“My designs are very flattering and my signature is super soft fabric,” she said.

Evans has been inspired by the new infusion of style in town and wants to help expand on it.

“I’d love to help more entrepreneurs come to Olyphant,” she said. “I’d really like to see it become a destination boutique town with a really walkable downtown.”

Two other new businesses were drawn to the area for the opportunity to offer new services. Hair of the Dog Groomers LLC opened in September at 221 Lackawanna Ave. after co-owners Lisa Jopling, Kate McDonnell and Jill Slomian felt the location was ideal due to the large population of dogs in the area.

“We saw there was a need and business has been excellent,” Jopling said. “The support from the community and the shops next store has been outstanding.” 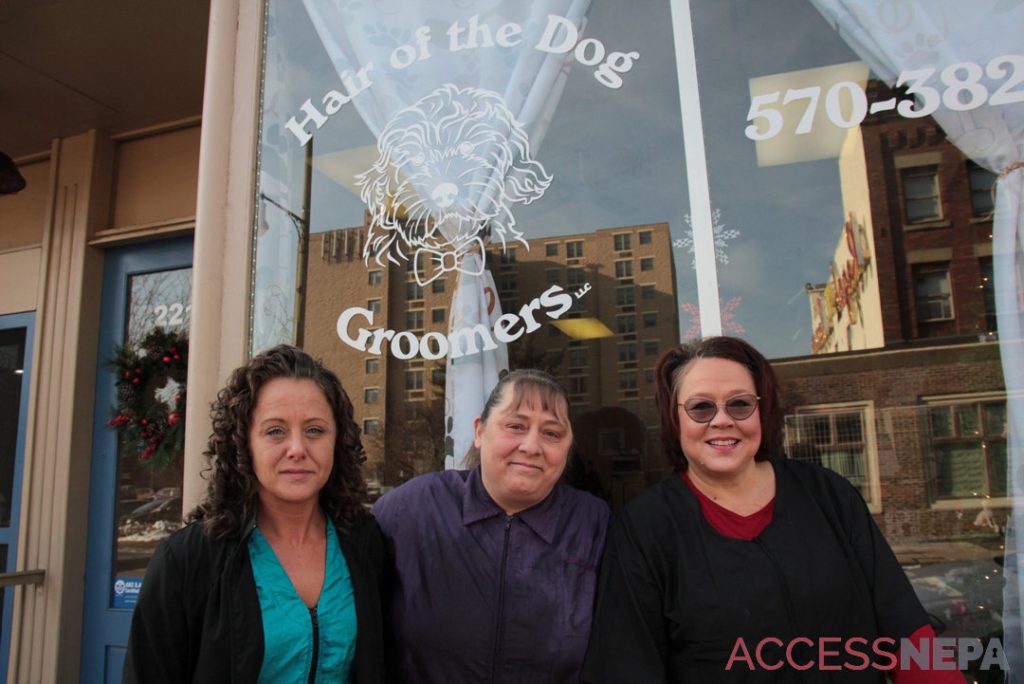 Jim O’Neill, who co-owns the Willow Avenue Cigar Lounge with Juan Jimenez , also thought the borough was a good spot and opened the business at 104 Willow Ave. in August.

“There are so many different cigar lounges right now, so we picked an area where nobody else is basically around,” he said.

Despite the pandemic, O’Neill said sales have been steady and he’s looking forward to hosting small gatherings once restrictions are lifted.

“When things get back to normal, we’re hopefully going to be able to have a couple events where groups of 6-10 people can sit down to just talk and relax,” he said.

The Ideal Restaurant, which was open from 1952 to 1996 at 214 Lackawanna Ave., reopened in October at the Regal Room, according to co-owner George Pachucy III. The family-owned business reopened The Ideal to recoup some of the revenue lost through a big drop in catering during the pandemic and Pachucy said it has served as a walk down memory lane.

“We’ve had some people coming in who we haven’t seen since we closed in 1996,” he said.

Tully believes people have been attracted to Olyphant due to its affordable real estate and charm.

“We feel we can offer people who are starting new businesses a facility at a lower rate than they would have to pay in Dunmore or Scranton,” he said. “And, there aren’t many towns that still have a regular business district as Olyphant does.”