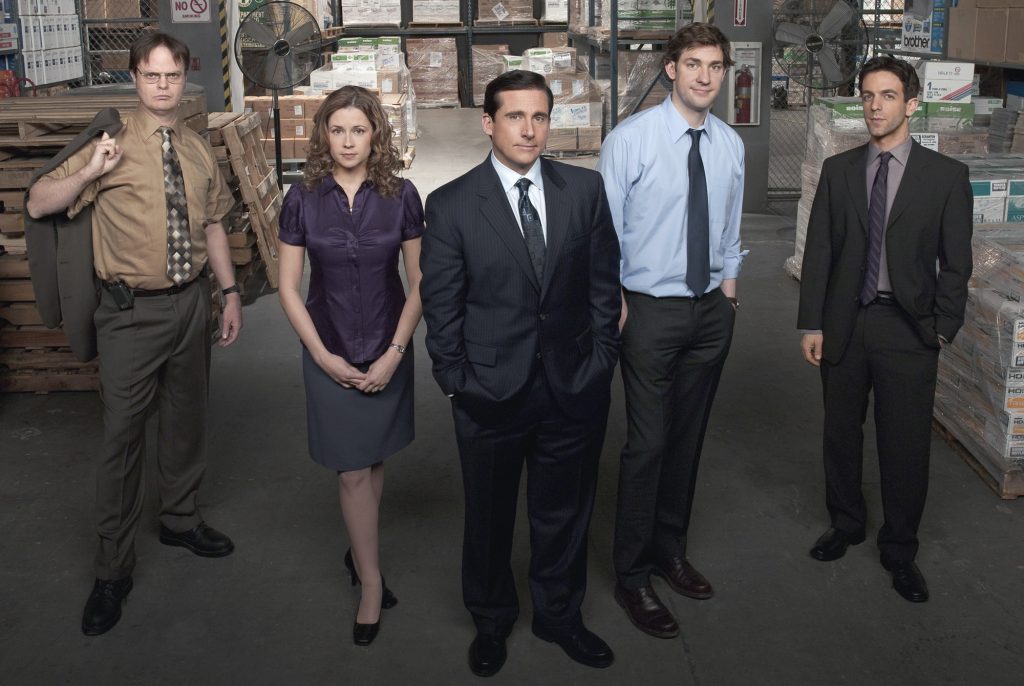 Binge these 10 ‘Office’ episodes in honor of its anniversary

This Tuesday marks the 15th anniversary of the series premiere of “The Office,” the award-winning Scranton-set TV show that went from struggling comedy to cultural phenomenon over the course of its nine seasons.

The show — which debuted March 24, 2005, on NBC — is now streaming on Netflix. And to celebrate its milestone anniversary, we present 10 of the show’s most memorable episodes to binge.

As rumors of downsizing spread through the Scranton office of Dunder Mifflin Paper Co., Jim convinces Dwight to forge an alliance with him. As usual, Dwight doesn’t realize he’s the butt of the joke and ends up hiding in the warehouse as the rest of the branch celebrates Meredith’s birthday.

“The Office” won the Emmy award for outstanding comedy series for its second season, and it’s no wonder considering how strong it started off with “The Dundies.” Michael drags the branch to Chili’s to hand out a series of embarrassing awards. Jenna Fischer, who played Pam, gives an outstanding performance that takes the chemistry between her and John Krasinski (Jim) to a new level. 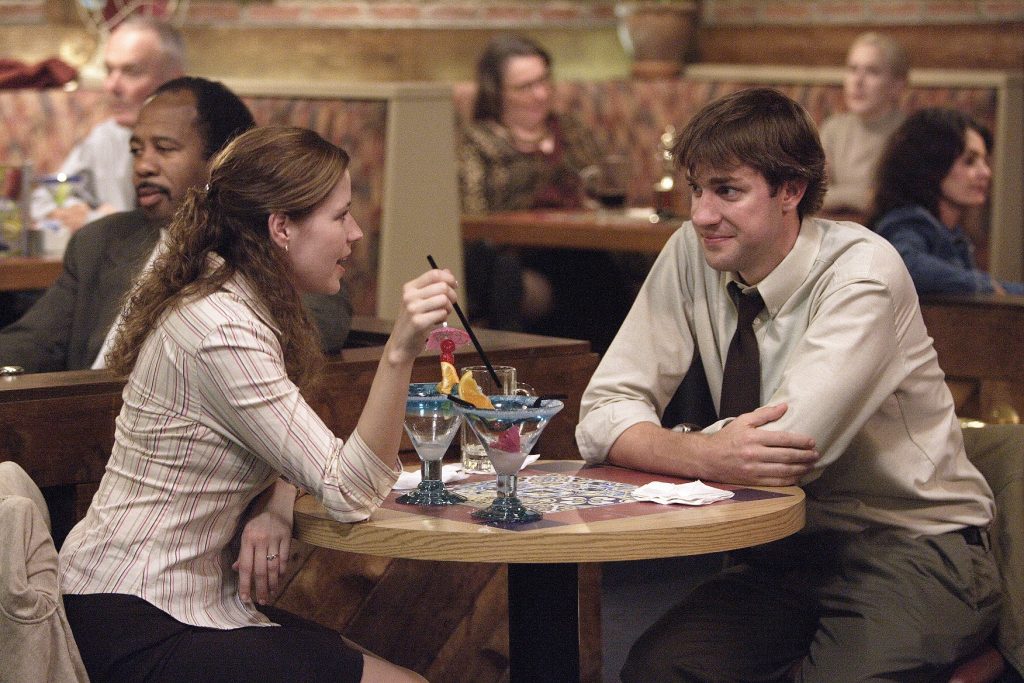 Dunder Mifflin hits the waters of Lake Wallenpaupack for a team-building cruise that puts Michael at odds with the ship’s captain. Add in Meredith’s promiscuity, Dwight’s cluelessness and some excellent Jim and Pam action, and you get a journey you’ll want to take again and again.

Michael burns his foot on, yes, a George Foreman Grill and makes the most of his injury. But when Dwight gets truly hurt in a car crash, the crew winds up at the hospital after a memorable trip in Meredith’s van that delivers some of the series’ best lines. 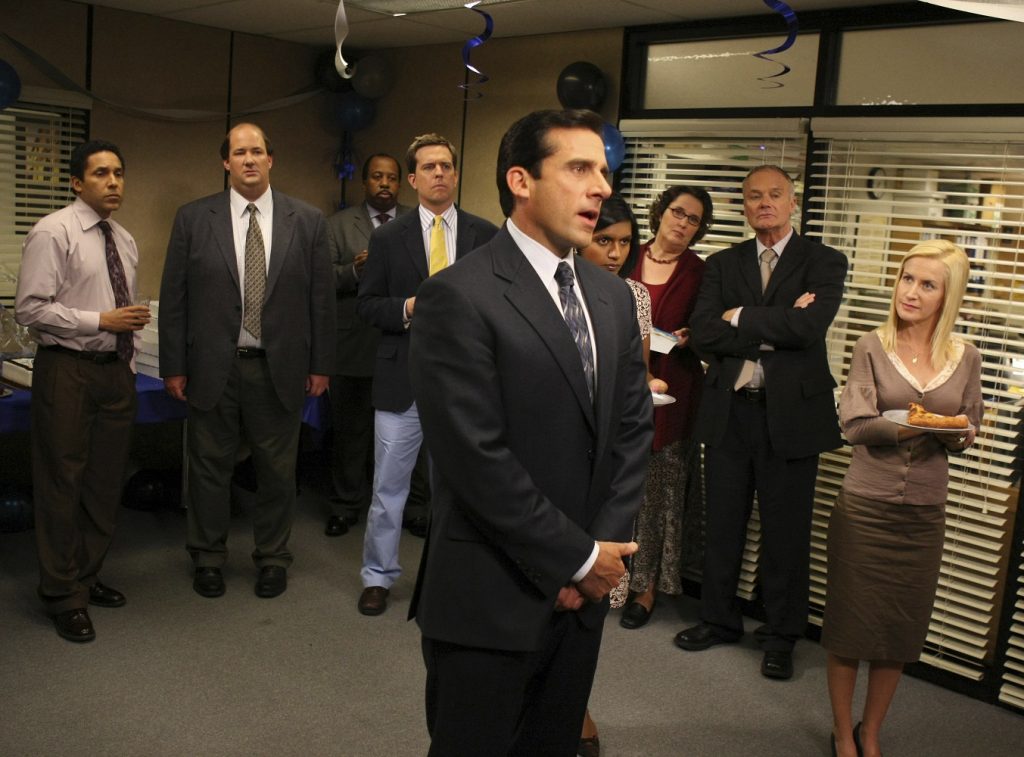 Even Michael is surprised to find himself with two women romantically interested in him as the branch hosts a casino night fundraiser in its warehouse. But the episode is most memorable for bringing to light Jim’s feelings for Pam and the big step their relationship takes.

The branch heads to Lake Scranton for a beach day filled with “Survivor”-style competitions that include inflatable sumo wrestling and walking across hot coals. Andy ends up in an awkward position, and Pam comes into her own. 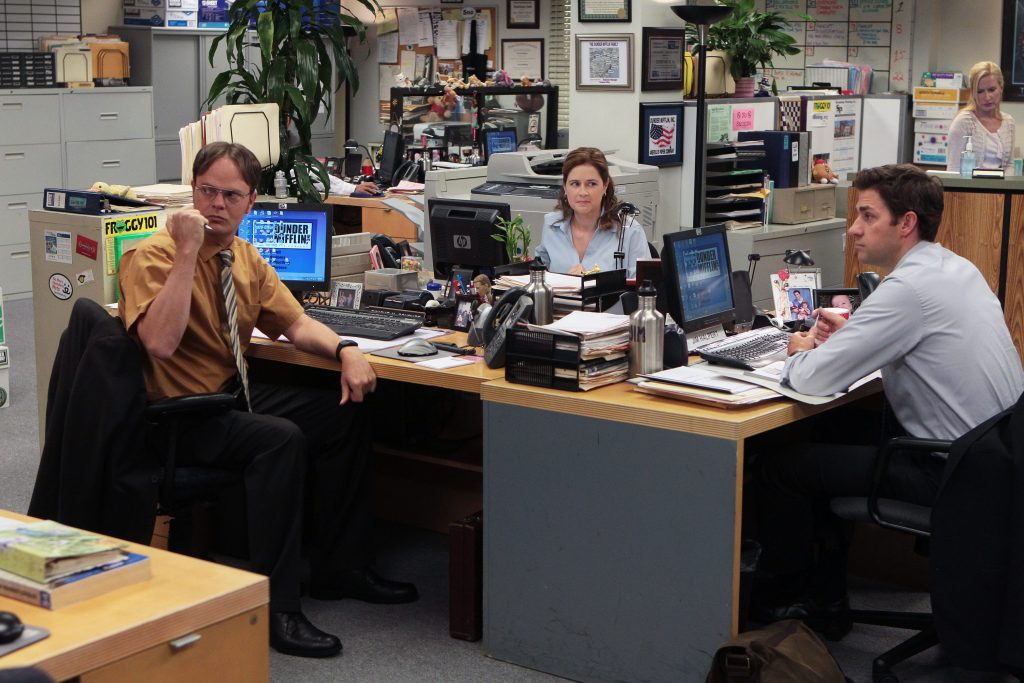 CHRIS HASTON / NBC
This month marks the 15th anniversary of the series premiere of “The Office,” which ran for nine seasons on NBC.

Dwight takes over as regional manager as Michael gets ready for what he sees as an inevitable promotion to corporate. Romantic revelations abound among several of the key characters, and fans’ patience with one of their favorite couples finally is rewarded.

Jim, Pam, Andy and Angela head to Michael’s house for a dinner with him and Jan that dissolves into a tense, awkward and yet hilarious night that shows just how bad Michael and Jan are for each other. 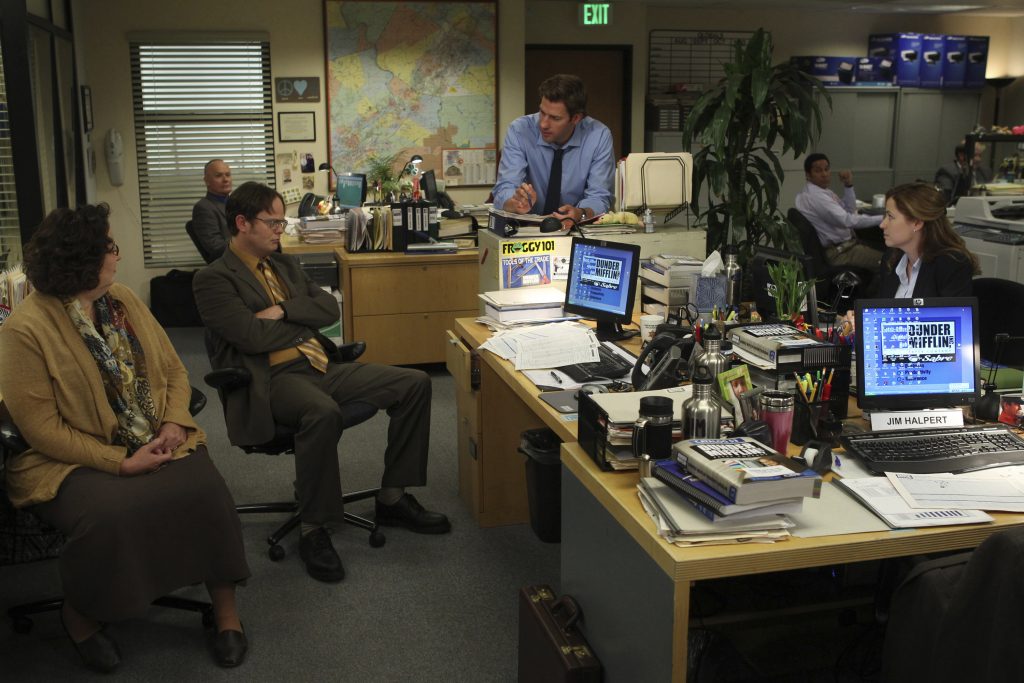 Michael comes up with typical Michael Scott-style plans for proposing to Holly, but in the end the series leaves us with a beautiful scene that encapsulates just how well the show could balance the absurd with the sweet.

Bring your journey to a close with the series finale, which catches up with the Dunder Mifflin workers after the documentary about their branch finally airs and as Dwight and Angela say their “I dos.”