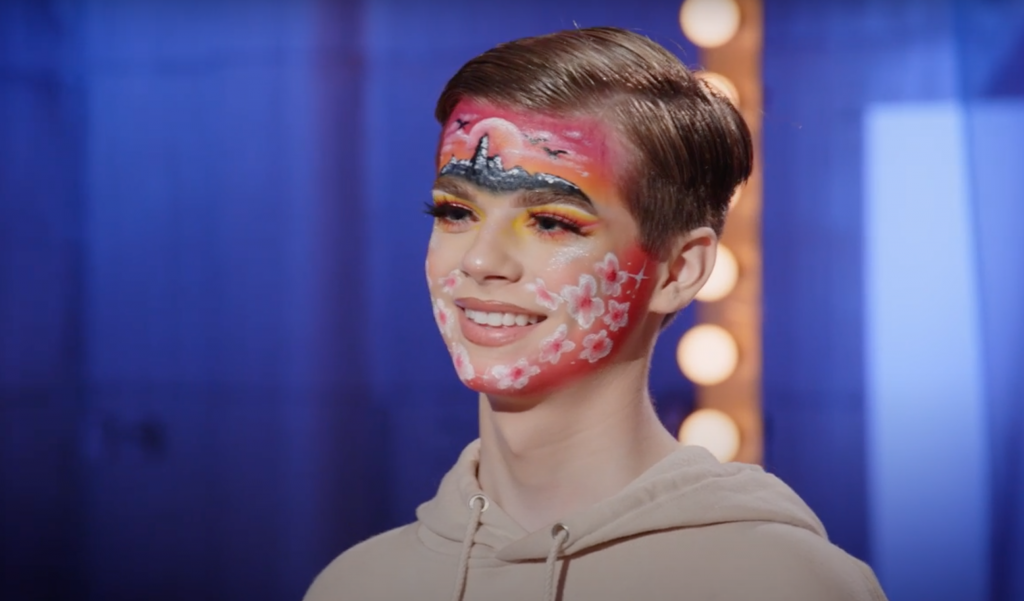 Benny Cerra, a makeup artist from Carbondale, showed off his artistry skills and his personality during the first episode of beauty guru James Charles’ “Instant Influencer.”

MORE PICS OF MY EPISODE 1 LOOK ! #instantinfluencer @instantinfluencer @jamescharles also clip of @parishilton saying I was her favorite now that meant so much to me I cried watching beacuse she is my idol and it’s crazy how she knows me I love you Paris so much I can’t believe you said that Thankyou ????❤️❤️???????????????? don’t forget to tune in next friday for a all new episode of @instantinfluencer !! Are you #teambenny ? Comment below ! #youtubeoriginals #youtube #jamescharles

In the first episode, the artists were asked to create a look that represents who they are. Cerra designed a look featuring Japanese cherry blossoms on the lower half of his face, in honor of his mother who lived in Japan for a time, and mountains across his forehead, inspired by his father.

“I went for this exotic scene to represent the future that is ahead of me,” Cerra said on the show.

Later, Cerra filmed a product reveal video that was reviewed by Charles along with beauty influencer and president of the cosmetics brand Anastasia Beverly Hills, Norvina, as well as original reality TV queen Paris Hilton.

“I loved your personality in the video. I love that you say ‘sis’,” Hilton said to Cerra. “(When) the viewers are watching, it makes them feel like they’re part of your family. … I think you’re a star.”

How do you think Cerra did? Watch the first episode below.