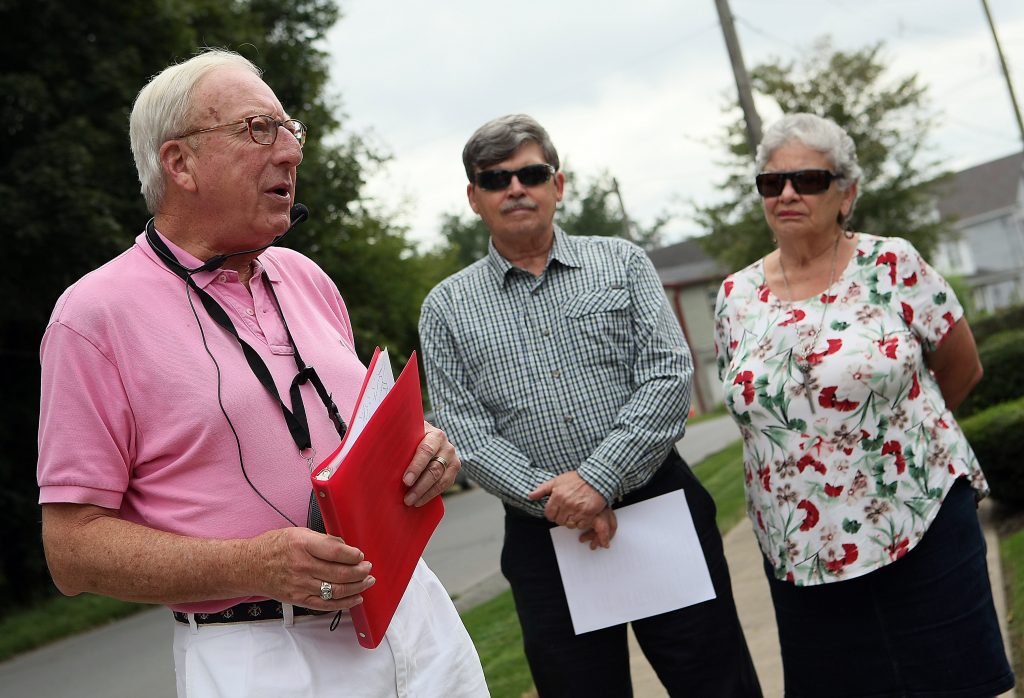 More than 360 Americans died in a battle that lasted only 45 minutes. What followed was a rampage of savagery that lasted all night and had significant repercussions for the Revolutionary War and a lasting impact on our perception of Native Americans.

The Battle of Wyoming, one of the bloodiest battles in our nation’s history, began in Wyoming on July 3, 1778, and ended in Exeter the following day. The events will be described in detail on a walking tour led by attorney Stephen Killian on Saturday, Sept. 14, and Sunday, Sept. 15. A descendent of one of the men killed in that battle, Killian has been conducting this tour every year since 2003.

Killian said the Wyoming Valley was a hotbed of rebellion and “every man had to swear an oath to the Continental Congress or get out.” Still, there were people loyal to the crown, Tories, who helped the British soldiers and their Seneca allies.

The battle occurred as Patriots marched from Forty Fort, down the Great Road (Wyoming Avenue) and encountered British skirmishers near Fourth Street. Fighting began and the Patriots were drawn toward the British line where they were outnumbered and defeated in a mass of confusion.

Killian will demonstrate the flanking maneuver with audience members’ help. He will discuss the tactics, troops and equipment of the Americans, Tories and the Native Americans, as well as the scalping and torture that followed, using eyewitness accounts such as that of a man being “held captive on the burning embers of Fort Wintermute.”

Following the battle, the Continental Congress directed Gen. George Washington to dispatch soldiers to expel the Senecas from the Wyoming Valley. He sent Gen. John Sullivan to eliminate and eradicate the Iroquois responsible for the massacre.

“His scorched earth policy in regards to Native Americans essentially set the precedent for U.S. Native American policy until at least the Jackson administration,” Mark Ricetti Jr., of the Luzerne County Historical Society, said about Sullivan’s march through the area.

News of the massacre also reached Britain, where it gave fuel to the anti-war faction.

“The British were appalled that savages were let loose on Englishmen,” Killian said.

This is a two-hour, two-mile outdoor walking tour that takes place rain or shine. Each day, the tour starts at 1 p.m. at Fourth Street and Susquehanna Avenue in Wyoming.

Cost is $7 for LCHS members, $10 for nonmembers and $5 for all children under 18. Each tour is limited to the first 45 reservations. Reservations are required by calling 570-823-6244, ext. 3 or emailing reservations@luzernehistory.org.