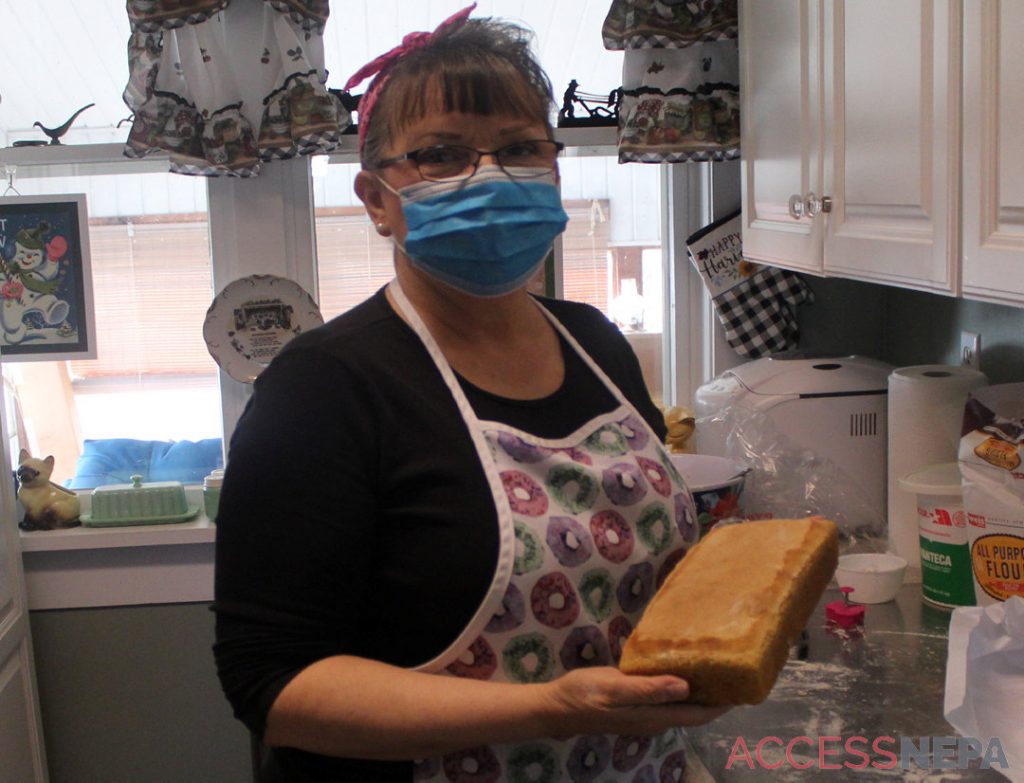 Baking a passion for ‘Granny Brown’

Baking has always been a passion for Linda Brown.

It’s why last summer she decided to start her own bakery, Granny Brown’s Old Time Bakery at 918 Route 92N in East Lemon.

Brown, of Tunkhannock, said that the shop is a true old-time bakery. There is no official store and all of the baked goods she makes are made to order for the customers.

The customers then pick up their baked goods or have them delivered.

Granny Brown’s Old Time Bakery opened because of Brown’s passion for baking. She was previously the bakery manager of Keystone Confections in Tunkhannock before it closed permanently last year because of the COVID-19 pandemic.

“There was a period last year after Keystone Confections closed, when I really wasn’t doing anything at all,” Brown said. “That was torture, I missed baking so much that I decided to open up my own shop, and now here we are.”

Baking has been a passion of Brown for more than 50 years, a passion that she says her grandmother first taught her.

Growing up in Centreville, New York, her grandmother was known as the “pie lady of Centreville.” It was when she was around 12 that Brown decided that she wanted to pursue baking as a career.

“When I was 12, I baked my first ever Thanksgiving pie, and everyone enjoyed it so much,” Brown said. “I felt so overjoyed, and ever since that moment was when I wanted to make baking my career.”

Brown was a baker at various local restaurants in New York, and sold pies out of her own farm stand with her husband Joe, who does logging and plowing with horses.

The Browns moved to their Lemon Twp. farm in 2013 to be closer to children and grandchildren. Her grandchildren were actually the ones who came up with the name for the bakery.

“They all call me Granny Brown and I thought that was the perfect name for an old-time bakery,” Brown said. “They come in all the time and are always begging for cookies. I absolutely love them.”

Granny Brown’s Old Time Bakery is just what it sounds like: an old-style bakery that makes what Brown calls “farm-style products.”

“I don’t bake fancy,” she added. “I grew up when people had a lot simpler tastes, and that’s what I’m trying to bring to the people of this area.”

Customers from this area have embraced her old-time baking style, as evidenced by Harold Wolfe of Dalton, who has gone to her since she opened and calls her pies “some of the best around.”

“I absolutely love her apple and fruit pies,” Wolfe said. “You can tell that she puts a lot of effort into everything that she makes.”

Along with a variety of cookies and pies, the most popular item that Brown makes is salt-rising bread. Salt-rising bread was started by the pioneers who didn’t have yeast to make bread rise, so they would put the bread in salt barrels to ferment and eventually rise.

“It takes around two days to make,” Brown said. “I let the bread sit for around 15 hours to let the fermentation happen, then I let it sit while it rises and then bake. I only make it once a week because the process takes a long time.”

Brown said that salt-rising bread actually stays fresh for longer than regular bread and is very good for a slice of toast in the morning. She also said it gives off a cheesy smell when you’re baking it, so even though people may think it’s cheese bread, it’s not.

“I wanted to bring salt-rising bread to this area, because a lot of people have never experienced it,” Brown said. “It’s what I grew up with and the people must seem to like it because it sells out really quick.”

Wolfe also is a big fan of Brown’s salt-rising bread.

“It has an old-time taste and a good consistency,” Wolfe said. “It’s always good to have something a little different for breakfast in the morning, and it makes good toast.”

To place orders, call 585-703-3186. Visit Granny Brown’s Old Time Bakery on Facebook to see what types of pies and cookies are for sale during the week.