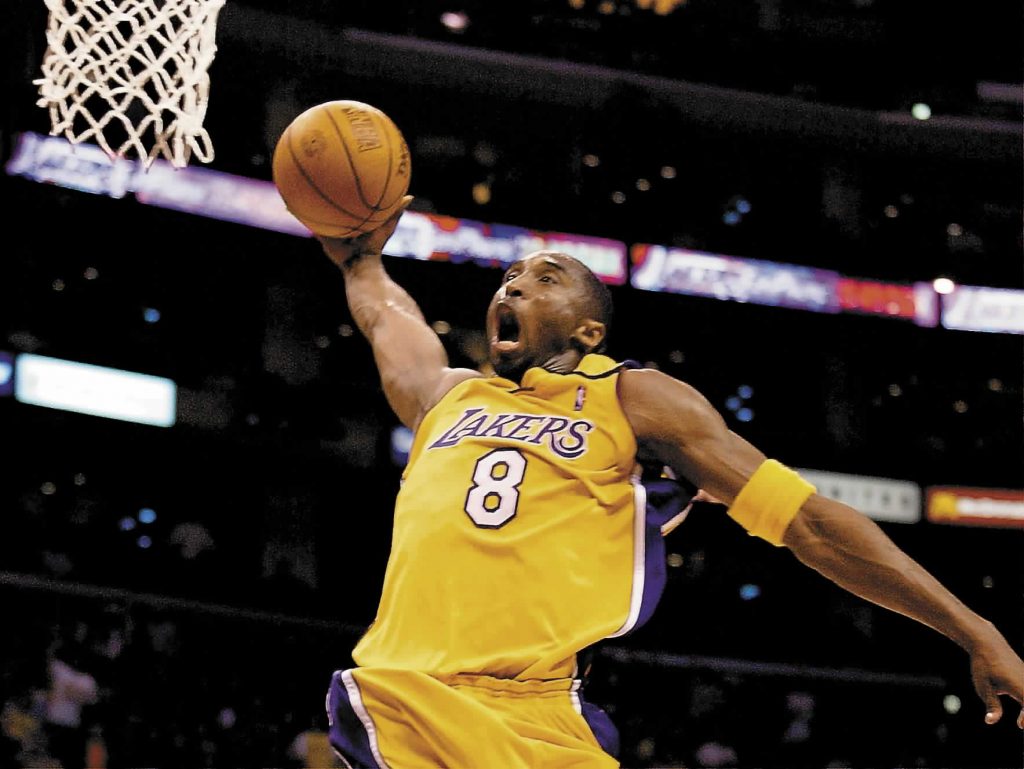 “He had the ultimate focus,” Charlton said, “which we all know is part of his excellence.”

Charlton, an orthopaedic surgeon in the Commonwealth Health Physician Network who works out of Kingston and Tunkhannock, knows of what he called Bryant’s “remarkable work ethic” better than most.

Charlton recalls flying with the Lakers to a playoff game in Portland.

There, on the private jet, Charlton had an up-close view of the hugely successful — and famously at-odds — teammates Bryant and Shaquille O’Neal.

“Shaq would be in the back — laying out, hanging out, being goofy,” Charlton said.

Meanwhile, Bryant kept to himself. He got in the zone. He maintained his seriousness and focus, even away from the court.

The Lakers won the NBA Finals that season, sandwiched between titles they also won in 2000 and 2002.

While O’Neal won Finals MVP three years in a row, Bryant took credit for the team’s next two titles in 2009 and 2010, adding to his legendary career and life that ended Sunday.

Bryant, 41, and his 13-year-old daughter, Gianna, were among the nine people killed when their helicopter crashed in Southern California.

Charlton received the news from his son, Alex, a sophomore at Villanova. One day earlier, they attended a game in Bryant’s hometown of Philadelphia.

The 76ers hosted the Lakers, whose current star LeBron James was expected to — and did — surpass Bryant for third-place among the NBA’s all-time leading scorers.

“We were there, and there was some suggestions on Twitter that Kobe was going to be there,” Charlton said.

While Bryant was not at Saturday’s game, the fact that the mere suggestion of his appearance conjured up so much excitement speaks to the rarefied air Bryant occupied in sports and culture.

Charlton’s responsibilities with the Lakers included providing medical coverage and examination to players on both teams.

Bryant averaged 28.5 points and played in 68 of 82 games during the 2000-01 regular season. He reportedly missed time due to a sprained ankle as well as a sore foot.

The father of two sons who played basketball for Dallas and two daughters currently on the team, including Division I Penn commit Lauren, William Charlton said Bryant ranks among his childrens’ favorite players.

“Kobe’s high, he’s No. 1. My son loves LeBron, but right there is Kobe,” Charlton said. “I love his work ethic. He was very private … and very focused on continuing improvement.”

Several lessons have endured from Charlton’s year in Los Angeles, namely from watching surgery performed at the highest levels of both skill and compassion.

“The pioneer of sports medicine was Dr. Frank Jobe. To see him do a Tommy John surgery and being able to assist him and still seeing the compassion and taking the best interests of the patient at-hand, I think it made me a better physician,” Charlton said.

Charlton has been the King’s College team physician since 2003. He was awarded the Pennsylvania Athletic Trainers’ Society Team Physician Award in 2018.

Beyond the technical expertise he gained from his time in Los Angeles, Charlton picked up a lasting philosophy from the pros, especially Bryant: There is always time for self-evaluation and room for improvement.

“If you have that mindset, you can always continue to improve,” Charlton said, “even at the highest level.”