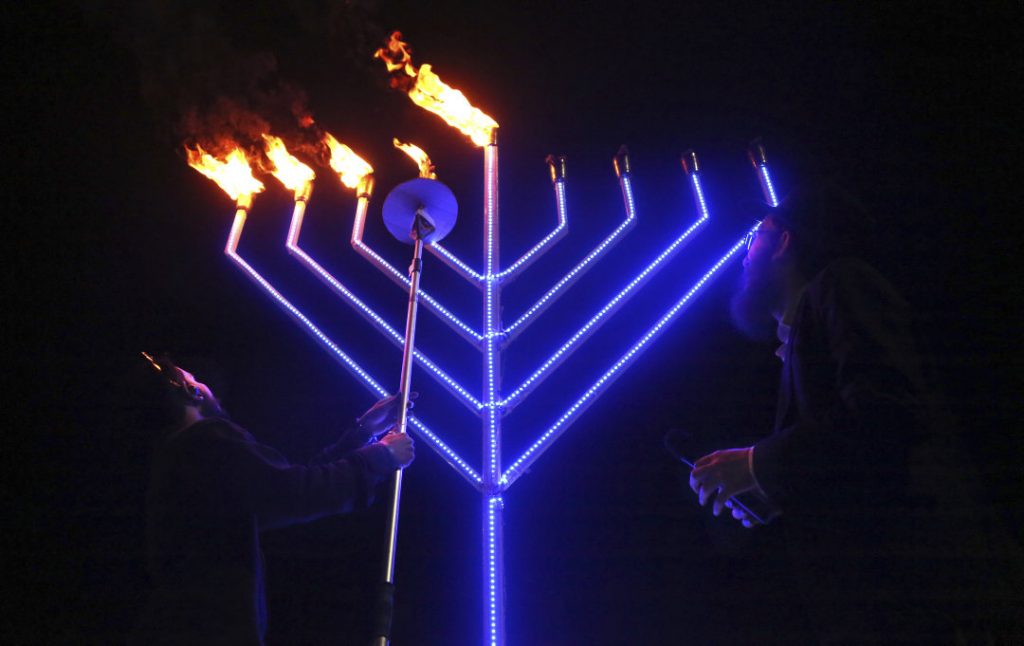 Nearly 2,200 years after fighting off invaders, rededicating their temple and lighting a menorah with a limited supply of oil, Jews will light their own menorahs tonight as the world fights off a viral invader.

Hanukkah, also known as the Jewish Festival of Lights, begins at sunset today and concludes Dec. 18. The holiday celebrates the victory of the Maccabees, a group of rural, working-class people, who overthrew Syrian-Greek invaders and rededicated their Jerusalem temple.

In addition to rededicating their temple, connecting with God through the temple rites, the Maccabees used the time as a means of “redoing” their harvest festival, Sukkot, after they were unable to celebrate due to the war, said Rabbi Daniel Swartz of Scranton’s Temple Hesed. At the time, Sukkot was their major holiday, he said.

“That’s why Hanukkah was structured the way it was — to be sort of an echo of Sukkot, which is also an eight-day festival,” Swartz said.

Similarly, COVID-19 has hampered celebrations throughout 2020, but with vaccines on the horizon, Swartz was optimistic that people will eventually have the opportunity to “redo” their missed holidays.

“Hopefully by the summer we’ll be in a very different place,” he said.

The menorah is one of the most recognizable symbols of Hanukkah, stemming from a story of the Jews only having enough oil to light the menorah in their temple for one day, but miraculously it lasted for eight days.

“One of the questions that the rabbis debate is why light a candle on the first night because the oil was expected to burn, right?” Swartz said. “Well, the miracle of the first night is that they bothered to light (the menorah), that they had enough faith that things would get better, that they were willing to take concrete actions to try to make them better.”

Avoiding in-person celebrations and encouraging people not to see their family this time of year “is really lighting that first candle,” Swartz said.

“We’re saying, ‘We’re almost there, and we need to have the faith that we’re going to get there, but only if we stick with this, only if we keep trying,’” he said.

Temple Hesed will be opting to conduct Hanukkah via Zoom services this year, Swartz said.

“This year, we’ve decided to adapt to the times right now and do something as safe as possible and have a drive-thru Hanukkah celebration,” Cardonick said.

Named “Chanukah on the Go!” the event on Sunday will allow children and their families to drive through eight different stations in the JCC parking lot for a small fee. To celebrate the miracle of the oil, everyone will receive a variety of foods cooked in oil, including latkes, French fries and sufganiyot — deep-fried jelly doughnuts — among other foods.

Each child will get a “Hanukkah box” with an art project, candy, toys and items they can use to play contactless games from their car window, Cardonick said.

Like Swartz, Cardonick related Hanukkah to the ongoing pandemic.

Just as the Maccabees were able to drive out the oppressive regime to reclaim the holy temple, “This virus is something we’re trying to drive out of our world here because it’s oppressing us,” he said.