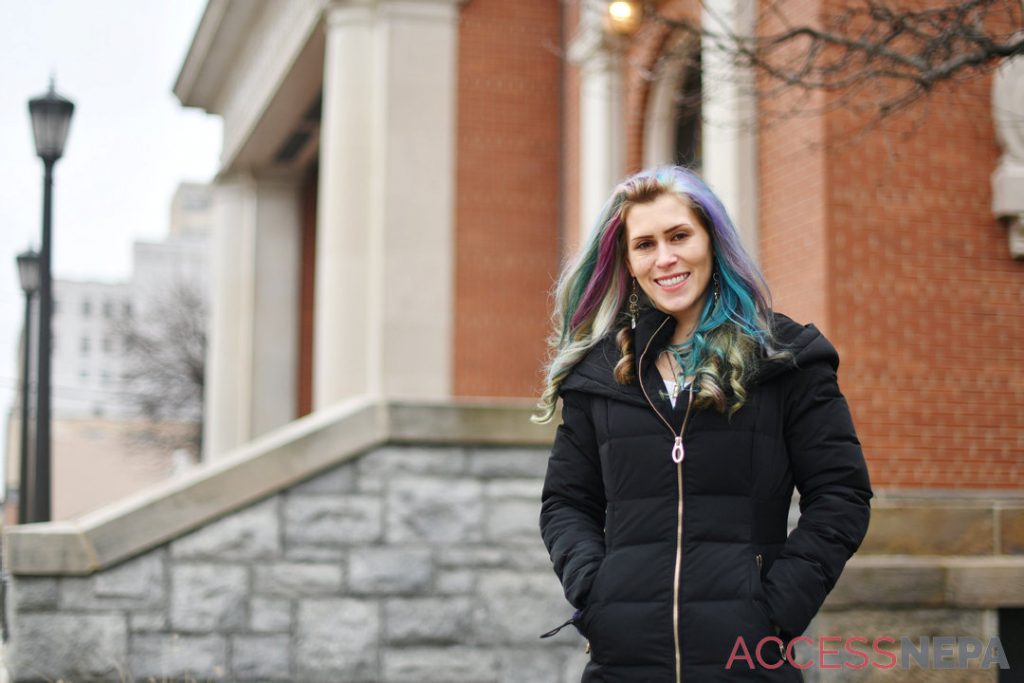 About 2008, Melissa Kutney was scouring cubbies built into a room of her former Scranton home when she discovered a 19th century Bible and a broken rosary tucked away in a back corner, almost buried in insulation.

Kutney, now of Thompson, held onto the mammoth Catholic Bible she found at 357 N. Garfield Ave. for more than a decade. It was missing its front cover, but Kutney considered the Bible a fascinating find. A family name, Blewitt, recorded several times in the antique book, piqued her curiosity and prompted research that last year led to an exciting discovery.

The family record section of the Bible includes one recorded marriage and three deaths, including the deaths of Catherine Blewitt in February 1901, and her husband Patrick Blewitt on Nov. 26, 1911. Catherine Blewitt, whose hand-written name is misspelled as “Cathrine” in the Bible, and Patrick Blewitt were Biden’s great-great grandparents on his mother’s side of the family.

Doing her own research, Kutney knew the Blewitts were a prominent and historically significant family in Scranton, but didn’t make the Biden connection. Motivated by a desire to return the heirloom to the family’s descendants, she first tried to track down living ancestors before seeking assistance from St. Peter’s Cathedral — the site of the marriage recorded in the Bible — in late March.

“I thought that somebody might want it and it might be important to them,” Kutney said. “People don’t really hold on to the old things like they used to, so I was hoping I could find somebody that would appreciate it.”

That’s when Shuta, a volunteer researcher at the Cathedral, got involved and got to work tracing the Blewitt family line down through the generations. Her pedigree chart details Biden’s lineage.

Joseph R. Biden Jr., set to become president of the United States on Wednesday, was born in St. Mary’s Hospital on Hickory Street in South Scranton on Nov. 20, 1942.

“I was so excited I have to tell you,” Shuta said of connecting the Bible to Biden’s ancestors. “I was beyond excited.”

Kutney gave Shuta the Bible in May, but the task of returning it to the Biden family remained. After fruitlessly exploring other avenues, Shuta happened to relate the Bible story to Lackawanna Historical Society Executive Director Mary Ann Savakinus, who reached out to Green Ridge resident Virginia McGregor.

McGregor, who knows the Bidens and who the president-elect recently nominated to serve as treasurer of the Democratic National Committee, emailed photos of the Bible to Biden’s sister, Valerie Biden Owens, and asked if the family would want it. She already knew the answer.

“Knowing how deep the Catholic faith runs in the Biden family I knew they would want it back,” McGregor said. “And, not only because it was a Bible, (but) because it belonged to their ancestors, and it was the thread that connected them all.”

Valerie Biden Owens responded to the email “almost immediately” and provided her address, McGregor said. She sent the Bible July 31.

In a handwritten note, Valerie Biden Owens thanked Savakinus for helping facilitate the return of the Bible.

“It is a treasure, and I can’t wait to share it with my brothers,” the note reads. “Hopefully, God willing — it will find a place with Joe in the White House. On behalf of all my brothers — and myself — thank you.” 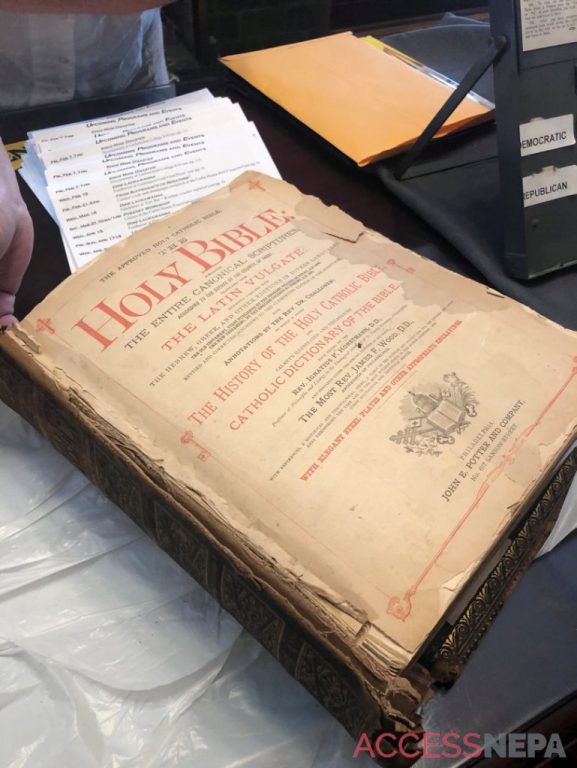 COURTESY OF VIRGINIA MCGREGOR
An antique Bible once belonging to the Blewitt family, the ancestors of President-elect Joe Biden. Former Scranton resident Melissa Kutney discovered the Bible in her former home more than a decade ago. It was returned to Biden’s sister, Valerie Biden Owens, last year.

For Savakinus, the Bible is yet more evidence that Joe Biden shares a similar heritage with many residents of Northeast Pennsylvania. As an artifact, the Blewitt Bible represents that heritage and a family’s history, and Savakinus, Shuta, Kutney and McGregor said they’re pleased it’s back with the Bidens.

“I was just so happy that it was now back in their family’s hands, because, as a genealogist, to me that’s (of) the most value,” Shuta said. “I always feel really great when I’ve helped any of the clients that I’ve had over the years find the piece of information that unlocks the mystery of what they’ve been trying to solve for so long, that gets them back to the generations beyond.”

Kutney said she plans to look for the broken rosary she found with the Bible more than a decade ago.

“Because I think they’d really want that as well,” she said.

Shuta also lauded Kutney for wanting to return the antique book to the Blewitts’ descendants.

“Truthfully, if it had not been for her appreciating the fact that there might be someone who would want this Bible … none of this would have happened,” Shuta said.