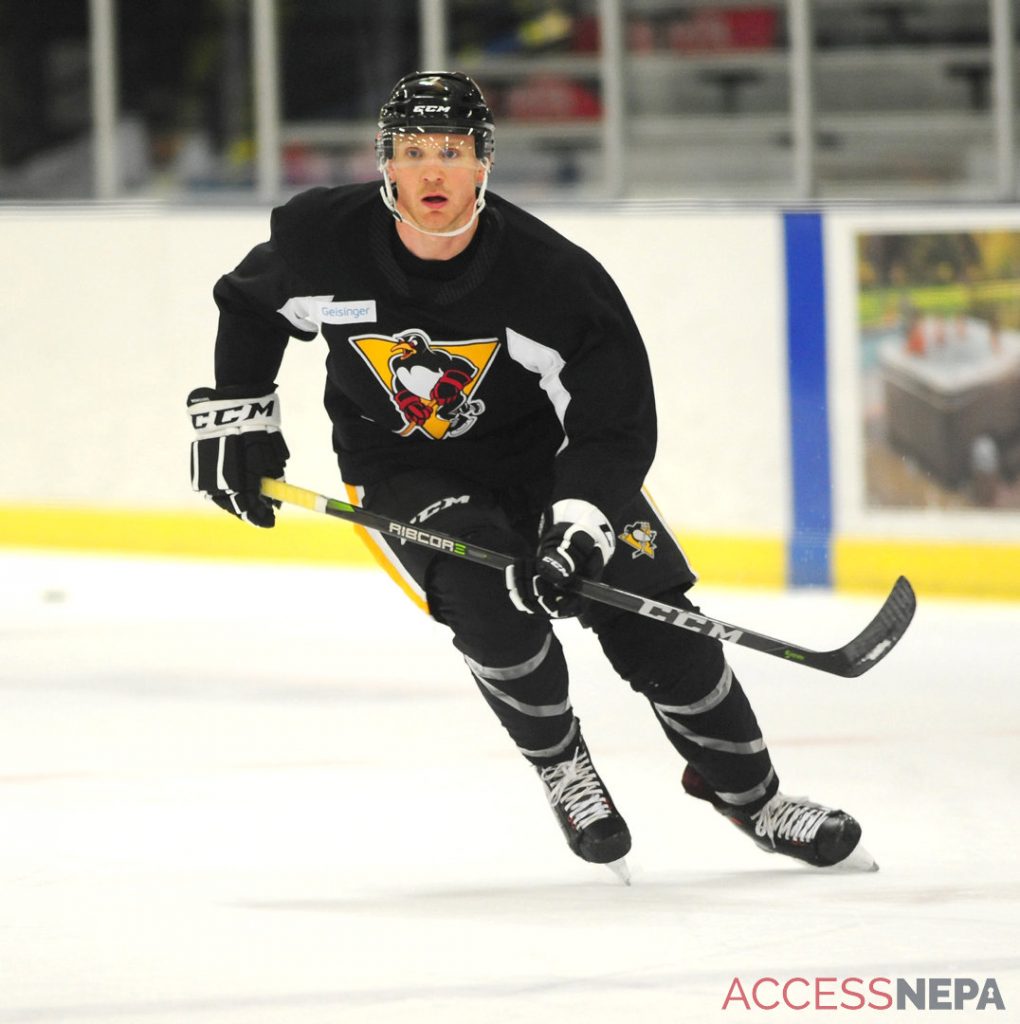 Trying to put the canceled American Hockey League season in perspective, I think of a tongue slip I had back in the fall.

Without hesitation, he corrected me that they absolutely do. No points are awarded, sure, but everything prospects learn about themselves and the style of game they’re trying to master has bearing on the entire organization for this year and years to come.

Eight months or so later, his words ring prophetic.

You might think the 2019-20 AHL season, which officially ended last Monday because of the coronavirus pandemic, is somehow less important because there was no endgame. We’ll never know what teams would have been battling for the Calder Cup into the summer and, for our purposes, if Wilkes-Barre/Scranton could have fought back for an opportunity. Seven points behind the cutoff when the season was shut down on March 12, it seemed very unlikely.

But if you focus too much on the ambiguous ending, you’ll miss the entire point of what transpired over the prior 63 games and how it helped each character evolve.

“Of course, you never want the season to end abruptly like that,” Vellucci said last week in a phone interview. “Looking back, though, the younger guys all got unbelievable experience. From a development standpoint, they got lots of ice time, quality minutes, time on specialty teams, all those things. I think this year was about our guys learning to deal with adversity. We were continually finding ways to win games and stay relevant.

“One thing I’ve learned from the last several years of coaching younger players is maybe they didn’t really figure it out that first year, but they come back stronger and better.”

Vellucci is bluntly honest; it’s one of the qualities his players have said they respect most. If you aren’t meeting his standards, he’ll let you know about it. If you do something well, he’ll make sure it doesn’t go unnoticed. So when he took the reins of the team last summer and said he wanted to win and compete for championships, it wasn’t a tactic to fire up players or the fan base. That was a real possibility with the team that took the ice in Hershey on Oct. 5. 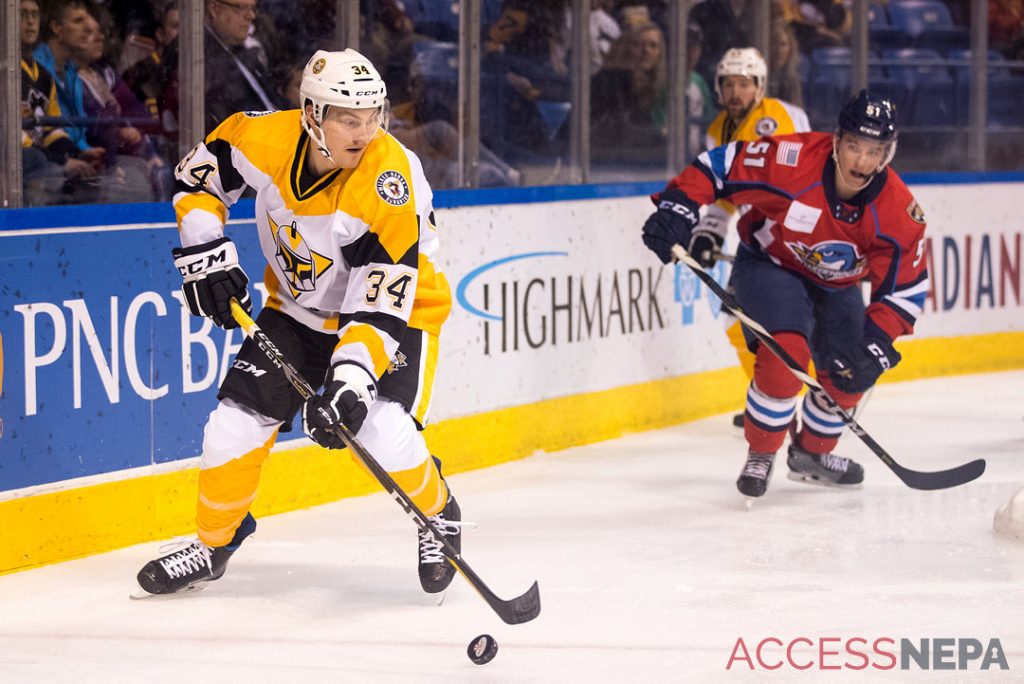 Then from that point on, it felt like Wilkes-Barre/Scranton couldn’t catch a break. Injuries came at inopportune times, with rookie goaltender Emil Larmi sidelined before he could even cement a routine and veteran defensemen Zach Trotman and David Warsofsky among those missing plenty of games.

Call-ups to depleted Pittsburgh were nonstop. Sam Lafferty left after one game and, save for two cameos, never returned. Joseph Blandisi went back and forth more than the swinging pirate ship at Knoebels before he was eventually traded. Stefan Noesen and Andrew Agozzino, who would anchor any AHL team, were promoted and lost to the waiver wire.

The most telling observation of all? Twelve of the 20 who dressed on opening night were either out of the organization or not in the lineup in the Penguins’ final game on March 11.

So with all that turnover, the team’s young players had no choice but to step up and take their lumps.

The obvious beneficiary is rookie Pierre-Olivier Joseph, who overcame mononucleosis to become one of the team’s top two blueliners and a fan favorite. Vellucci said he and assistant coach J.D. Forrest are using Pittsburgh stalwart Brian Dumoulin as a template for the 20-year-old.

However, he pointed out a number of others who made strides. Sam Miletic showed flashes of greatness on the top line and power play when the Penguins had maximum horsepower, and he was rewarded with an all-star appearance. Forward Jan Drozg has plenty of areas to improve, but his offensive skill was undeniable at times. The team already brought back “everydayer” Chase Berger for next season. And who scored more clutch goals during the second half than Jordy Bellerive?

It took a while for them to get to that point — Bellerive, for example, was a healthy scratch Game 1 — but they truly did help the team win in a variety of ways. If a 1-0 shootout victory on Nov. 13 was one extreme, a 5-4 slugfest against defending champion Charlotte on Jan. 24 was the other.

And that resiliency and mental toughness they developed are what will resonate more than the team’s pedestrian 29-26-3-5 record given the uncertainty of next season. It’s not clear when society will return to any sense of normalcy because of the pandemic, let alone when the AHL will drop the puck on 2020-21 and what it will look like.

Make no mistake, though. What the young Penguins did learn about themselves this season will help them get through an unusual summer and what lies on the other side.

“There were a lot of things I wanted to do different,” Vellucci said. “Our practices, we don’t go as long, but we go with high intensity and we’re in the weight room and just creating that team culture. I wanted to establish good practice habits.

“Everybody’s in the same boat (regarding the coronavirus). You’ve just got to deal with it. You can just prepare yourself for whatever comes next.”