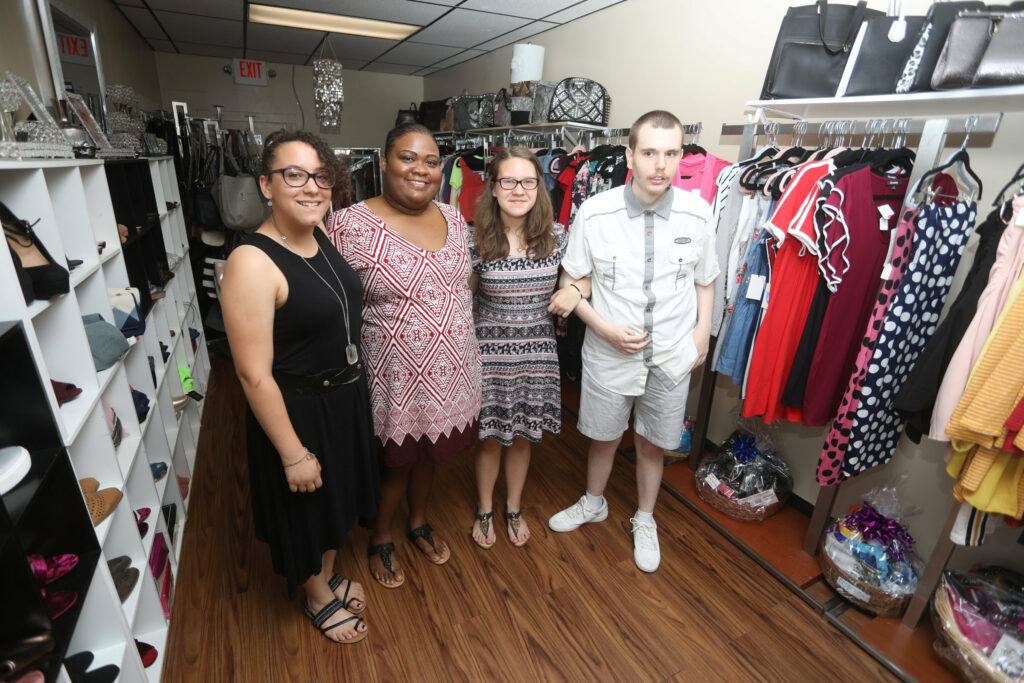 Adoptive mom plans fashion show to help others in need

Roberta Walcott has always been a helper. From sheltering those in need of a place to stay to fostering children from troubled backgrounds, the Scranton woman never hesitates to step up for others.

So it comes as no surprise that the certified nursing assistant for Allied Services is at the heart of an upcoming benefit fashion show that will split proceeds between Northeast Autism Center and a backpack and school supply drive through KidsPeace in Scranton.

Set for Sunday, July 14, from 1 to 6 p.m. at Four Points by Sheraton, 300 Meadow Ave., Scranton, A Mid Summer Dream Fashion Show will feature models ages 2 to 52 wearing fashions inspired by themes such as American patriotism and Cyndi Lauper’s “Girls Just Want to Have Fun” music video. The afternoon also will include an extensive basket raffle, a performance by Scranton High School’s step team and a self-protection demonstration by Damsel in Defense.

The runway will serve as a platform for area makeup artists as young as 14, plus up-and-coming designers, such as NuNu Diamond, and fashions from Walcott’s own South Scranton store, Roberta’s Boutique.

She got the idea for the fundraiser after a stay in the hospital for life-threatening blood clots.

“When I got out, I said, ‘I want to do a fashion show that gives back and not only supports autism but (also) helps kids,’” Walcott explained. “Behind the whole thing was feeling I need to help more people, and everyone just gravitated to it.”

The cause is personal to her. The oldest of her three adopted children, son Glenn, 22, is on the spectrum and has been in her care since he was 11. She formally named him a Walcott in November 2018, and shortly after also adopted a pair of sisters who had lived through childhood trauma.

Daughters Kierstyn, 16, and Irelynn, 13, have blossomed into friendly, creative teens under Walcott’s care, finding places on honor rolls, earning scholarships and academic awards, and even designing their own handbags — called KierLynn Creations — which are sold in Walcott’s store for $15 each. Part of the proceeds from each sale goes to charity, and the girls will be among the models in the upcoming fashion show. They’ve served as Walcott’s main inspiration for putting together the benefit and opening the store.

When asked how being with Walcott changed her life, Kierstyn said her mother has helped her see how she could be a better person than what she thought was possible.

Her sister said watching Walcott put together such an inclusive community event has made her “proud, happy and excited.”

Walcott came to the United States from Guyana in 1985 with her educator mother, Loretta, and her four siblings. The family settled in New York, and Walcott, seeking a change of environment, later made her way to Scranton in 2003.

“I wanted something different. I was tired of big city life, and when I came here, it was very peaceful,” she said.

When she bought a “big, old house” in the city’s Hill Section, Walcott longed to fill her home with love. She dreams of one day organizing her own autism foundation. Through the years, she’s frequently allowed people in crisis to stay on her couch until they got their feet under them, and eventually she turned to helping children instead so that she could intervene with them early to instill lasting, lifelong solutions and healthy coping techniques for problems.

“I always liked working with people,” Walcott said. “I love everyone tremendously.”

With help from the community — including Walcott’s close family friend Julie Nagle, who is coordinating the show — the July 14 event is shaping up to be a fundraiser that serves not only its beneficiaries but also the people who take part in it.

“A lot of people tend to overlook people with challenges. I think if you take a little time to give to someone and recognize someone, that’s great,” Walcott said. “I want (the models and artists) to have a sense of belonging and accomplishment, so that it might spread.”

No matter the turnout, Walcott will continue her grassroots efforts to improve the young lives of those around her.

“Roberta is an angel sent down for children,” Nagle said. “She’s a good-hearted woman.”