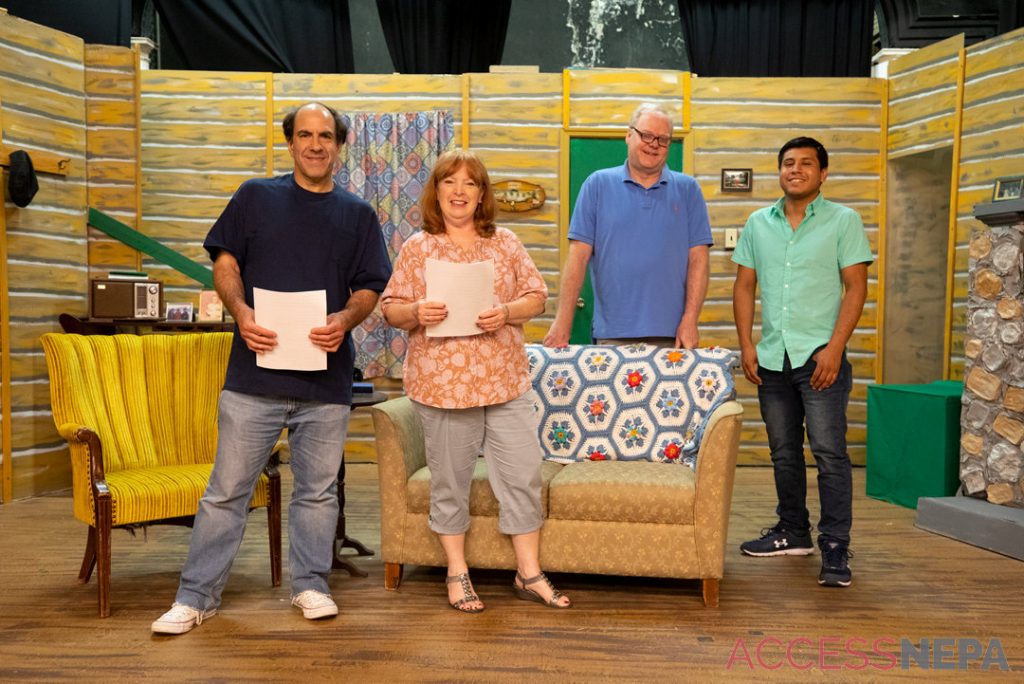 A local theater group steps back into the spotlight after a year-long hiatus.

Actors Circle returns on Sunday, June 27, with “A Celebration of Talent,” an outdoor variety show, at 5 p.m. at McDade Park, 1 Bald Mountain Road, Scranton. The event, which will feature actors, singers and musicians displaying their range of talents, is free and open to the public, but donations are accepted. No reservations are required. Masks are not required for those who are vaccinated, and guests may bring food, drink and chairs.

Cathy Strauch, publicist and secretary for Actors Circle, will serve as the master of ceremonies along with board director David A. Smith. The two also will perform in the show. Smith will play a mashup of favorite songs on the piano, including a blend of modern-day pop songs mixed with Broadway tunes and oldies. Strauch, meanwhile, will sing a cabaret and perform in the Abbott and Costello comedy routine “Who’s On First?”

Based out of Providence Playhouse, Scranton, and a mainstay of the regional performing arts scene since 1982, Actors Circle shut down last year because of the pandemic. Strauch said she’s most looking forward to seeing audience members again and for the chance to perform live at the show.

Smith feels optimistic about the upcoming event and getting back into the routine of performing shows again.

“I’m mostly excited just to see people come out and see it, but I guess I’m also equally excited to just have people that came out to audition,” he said. “It was just so nice to see somebody on stage performing after so long.”

President of Actors Circle Mark Fryer, who stepped into the role during the pandemic, said that the group decided to host the event at McDade Park because it wanted an outdoor venue that would provide a safe and healthy alternative to an indoor venue.

The playhouse celebrates 40 years this upcoming season, which will include several performances of “On Golden Pond” this July. The troupe also will host monthly open mic events at Providence Playhouse, with the first one taking place on Friday, July 23, at 8 p.m.

Smith said changing the venue for this weekend’s variety show may open the door to new and different opportunities for Actors Circle.

“We typically don’t do many outdoor things. McDade is something most people in Scranton know, most people are comfortable with,” Smith added. “And maybe this will be a jumping off point for doing other things outside.”