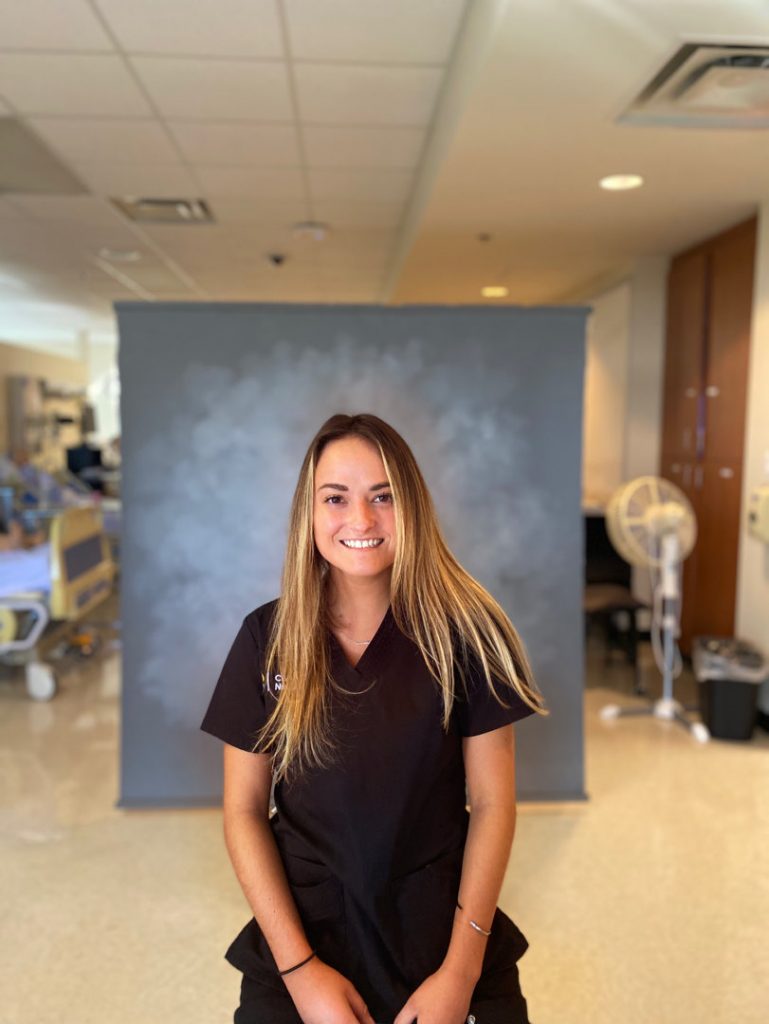 Madison Jarocha knows her life would look much different if illness had not touched her.

From an autoimmune disease that shook up her world as a teenager to broken bones to a cancer diagnosis in her final year of college, the 21-year-old has faced — and survived — more than some people do in a lifetime.

Today, Madison, of South Abington Twp., has a few months to go before earning her nursing degree from University of Central Florida. As a student in Abington Heights School District, however, Madison thought she’d one day study mathematics. That, along with much more of her life, changed when she was 16.

A basketball and field hockey player, Madison initially thought she was having issues with asthma when she started getting out of breath and passing out at practice. When her mother, Nicole Jarocha, saw Madison for the first time in a few weeks, her intuition kicked in.

“She walked into the house, (and) I turned to my sister and said, ‘There’s something wrong with her,’” Nicole Jarocha recalled.

Madison, who lost about 20 pounds over two months and felt seriously fatigued, had seen doctors for a few months, but nothing came of the appointments. Her mother pushed for bloodwork and other tests, and Madison ended up getting admitted to Geisinger Medical Center in Danville.

“I had to stop everything,” Madison recalled. “l can’t walk up a flight of stairs without getting out of breath.”

Madison learned she has acute systemic scleroderma. The more common variety causes the skin to produce too much collagen, but in Madison’s case, her body produces too much collagen internally, which the body thinks of as foreign and then starts attacking her muscles, tissues and organs.

Madison showed signs of “ground-glass opacities,” indicators of trouble in the lungs. In a trial treatment, Madison underwent two rounds of chemotherapy, but it didn’t help much. Doctors switched her to an IV infusion, which worked for about a year before she became allergic to it. At Johns Hopkins University in Baltimore, doctors weaned her off certain medications, one of which caused severe side affects, and started fresh.

Overall, the disease led to at least 10 hospitalizations, several surgeries and procedures, numerous trips to Baltimore and the possibility of needing a double lung transplant one day.

Madison missed her senior prom but was able to attend graduation in 2017, despite needing to have her gallbladder removed the week prior. And through the Make-A-Wish Foundation, she met singers Demi Lovato and Nick Jonas during their concert in Hershey. But having to give up sports still stings.

“It was honestly awful,” she said. “I still kind of get upset about it because I feel as (like) if I was never sick, I probably would have been playing sports in college. It definitely was a really big part of me. … It definitely was hard to just have that ripped away so fast.”

And yet, she added, it led her to where she is today.

“The nurses that I had, I feel like I definitely would not be where I was without them,” Madison said. “I kind of want to do for other people what they did with me.” 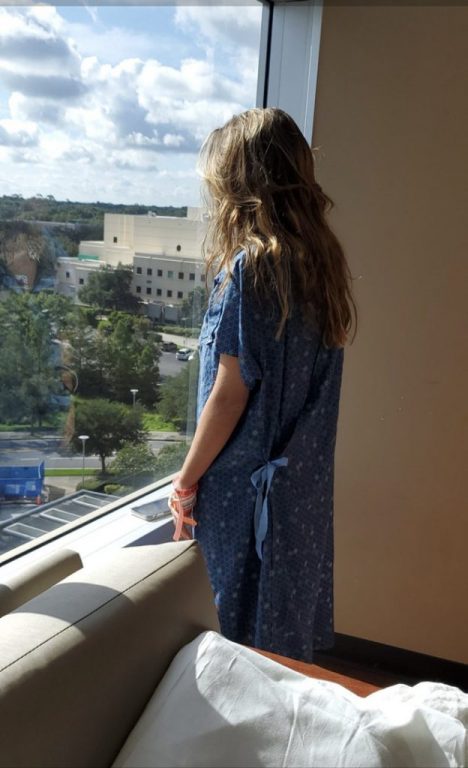 SUBMTITED PHOTO
Madison Jarocha has had numerous hospital stays and procedures throughout her young life.

Madison realized going into her senior year at Abington Heights that nursing was the career for her. Ready for a fresh start, she headed to Florida and plans to graduate this May with a nursing degree. She’s had research published, made dean’s list each semester and was picked to participate in a research study.

Madison expects to stay in Florida for another year after college before hitting the road to work as a travel nurse. She’s considering a career in bone-marrow transplants or oncology, having done clinical work in an adult oncology clinic last year that showed her how much she enjoys caring for patients in a critical setting. Eventually, she’d like to move into nurse education.

“There’s a lot you can do with nursing after school and everything,” Madison said.

And she’s no stranger to caring for others. As a high-schooler, she nominated one of her teachers, Kerri Davis, for the inaugural Lackawanna County Teacher of the Year award. Madison ended up winning a car for Davis through Matt Burne Honda and a scholarship for herself. Once she got to college, she helped with UCF’s Knight-Thon dance marathon and served as president of the Association of Pre-Nursing Students — all while continuing to manage her scleroderma with medication.

But her troubles didn’t end there. Early in college, while raising money for the Arnold Palmer Hospital for Children through the Knight-Thon, she collapsed and was taken to that very hospital for treatment. She went blind for more than a month, her mother said, as doctors suggested that flareups from Madison’s disorder could have affected the connective tissues in the eyes. While Madison regained her eyesight, she is legally blind without her glasses.

Then last year, Madison was riding on the back of a moped with a friend when the vehicle crashed into a pole at 55 mph. Thrown more than 20 feet but miraculously alive, Madison had a concussion and broke several bones in her foot.

“That was when I thought it was over,” she said.

Still, she pushed forward through her recovery, and then another setback came: cancer.

In June, she noticed a lump on top of her rib cage but thought it was just a cyst, which she gets often. By October, however, she realized it had almost doubled or tripled in size. Doctors diagnosed her with leiomyosarcoma, a cancer of the connective tissues and muscles.

“I wasn’t in a good place at all,” Madison recalled. “It was one of those things where, throughout my life, I’ve been in and out of hospitals. … When that (diagnosis) came back, I was definitely in a very bad place. I thought I was going to die. It was just a lot.”

Madison underwent surgery on Nov. 30, during which doctors removed the affected area and tissue surrounding it. Subsequent testing showed she was clear of cancer and did not need chemotherapy. She said she feels a lot better with the cancer behind her.

“I got really lucky,” Madison said. 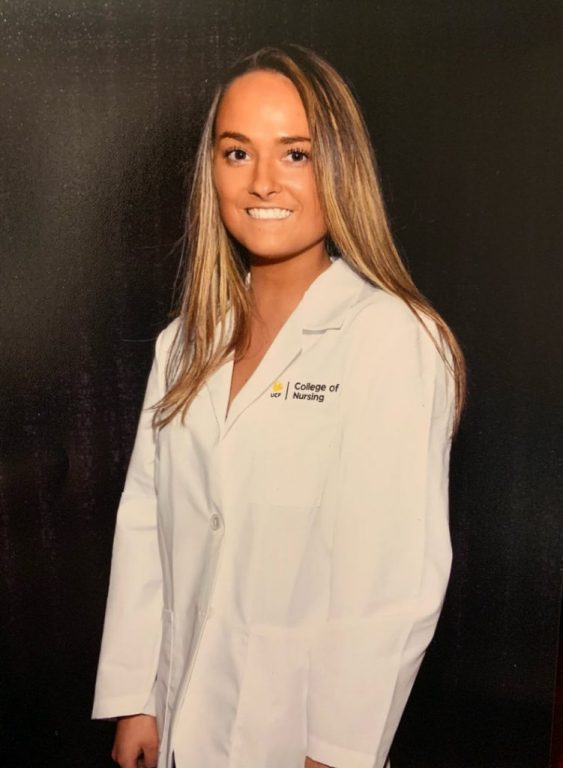 SUBMTITED PHOTO
Madison Jarocha will graduate from college with a nursing degree this spring.

Both Madison and her mother see how much she has taken away from these experiences, especially when it comes to nursing.

“I know what it’s like to be a patient in the hospital,” Madison said. “I’ve had some good nurses and bad nurses. And I kind of know how I want to be treated in a hospital. … I’ll be able to sympathize and also empathize with my patients and know what situation they’re in.”

And Madison wasn’t about to back down from finishing school on time, even when her mom questioned whether she was pushing herself too hard.

“I said, ‘Something’s gotta give,’” Nicole Jarocha recalled. “She said, ‘Nothing’s gonna give.”

Madison’s strength and determination through these last six years has left her mother in awe. Most people would shy away from fear and obstacles, Nicole Jarocha said, but that’s where her daughter shines.

“I kind of just said, ‘If anyone can handle this, she can,’” Nicole Jarocha said. “She has the tools to overcome adversity. … It was just a day-by-day approach. She learned not to let the thought of tomorrow ruin today.”

Madison just tried to focus on getting through whatever she faced at that moment, knowing it would soon pass. And believes everything happens for a reason. Trials can make her a stronger person or give her more insight into her career.

“I just realized how resilient I was,” Madison said. “I have a really good perspective on life. No matter what happens, I just try to keep a positive attitude. “

Madison has followed through on all of the goals she set heading into college, her mom said. Seeing what her daughter has faced has put her own life into perspective, said Nicole Jarocha, who has learned to not get caught up in the minutiae of every day. Madison learned the same lesson.

“Life is very short. I think that’s something I always took away from it,” Madison said. “I’ve been in multiple situations where I should have been dead a long time ago. … I’m going to live my best life and do what I want to do safely.”