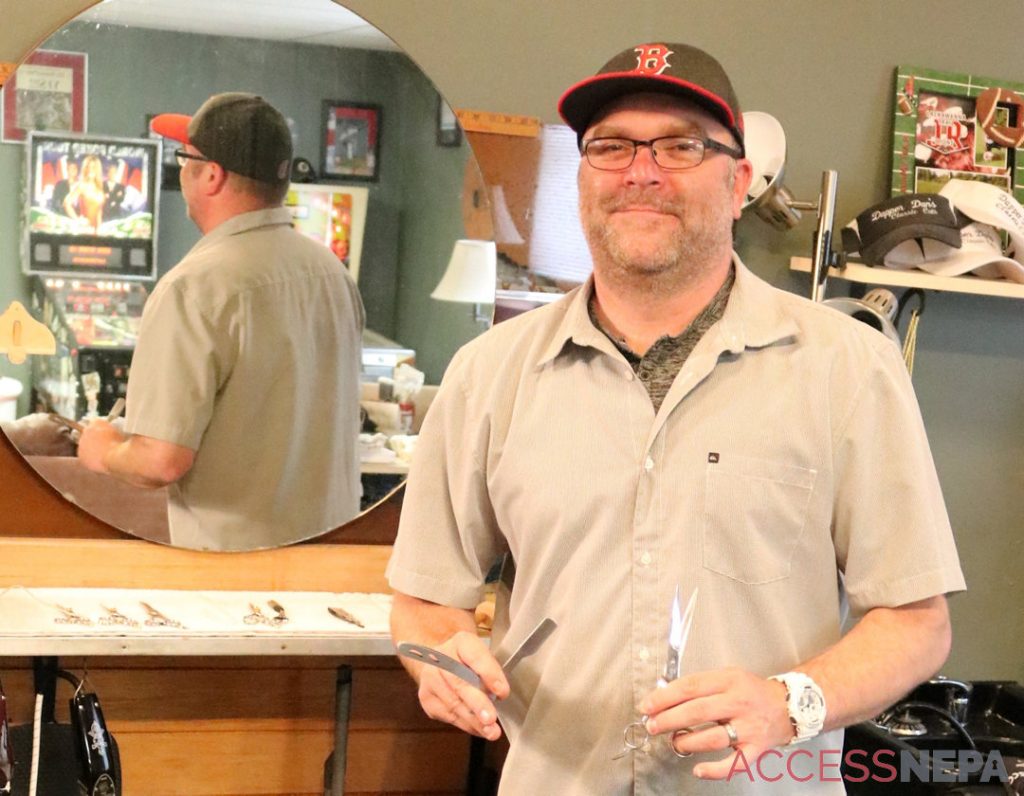 Dan Jones asks you to “embrace the shag” until the COVID-19 quarantine ends.

“Embrace being a hippie for a while,” he said. “Pull it back, throw a hat on… Do not use the Flowbee, do not get out the old kitchen shears… It’s just a bad idea.”

Jones owns the barbershop Dapper Dan’s Classic Cuts in Nicholson, which has been shut down since March in compliance with Gov. Tom Wolf’s temporary restrictions on businesses.

This hasn’t stopped clients itching for a haircut from reaching out to see if Jones could make some exceptions. Jones, along with other barbers he knows, refuse in the interest of public and personal health.

“I just hope we get a green light soon,” he said. “Every day I get several calls.”

In the meantime, he encourages everyone to stay away from home haircuts, as just one can “really damage someone’s hair.”

What might make waiting for a haircut a little easier for some Nicholson residents is the “Nicholson’s Best Mullet Photo Contest.”

Nicholson resident Greg Palaskas was inspired to start the contest after seeing that one was held in Australia. He simply thought it was a funny idea, especially now when everyone could use a laugh.

Since people can’t get professional haircuts for awhile, he figured it was as good of a time as ever, and he hopes the contest provides “some sort of entertainment and lifting of spirits.”

Especially popular in the 1980s, mullets are “business in the front, party in the back,” meaning those sporting the hairstyle keep their hair short in the front and long in the back.

Comment three current photos of your mullet on the contest post, and the individual with the most likes by Thursday, April 30 will be the winner.

“In addition to over $100 in prizes, the winner’s photo will also be prominently displayed in all its glory with full bragging rights for the entire year, featured at Nicholson Bridge Day and also other local events,” the contest rules said.

Dapper Dan’s Classic Cuts, as well as Francine Kiryluk’s Hair Studio, The Office Bar & Grill and NAPA of Nicholson are sponsoring the contest.

Kiryluk, who has also been hearing from clients in need of haircuts, hopes the contest could “brighten up our days because let’s face it, they seem kind of gloomy,” and remind everyone “not to cut your hair at home because this is what you end up with.”

Both Kiryluk and Jones recall the glory days of the mullet.

“I got my license in 1979 and that was the go-to haircut for a long time,” she remembered.

Jones, who is now 45, looked back on his mullet days as a teenager and said he has noticed the once popular hairstyle making a comeback.

“I think it’s going to bring everybody back together as far as a little bit of humor,” he said.