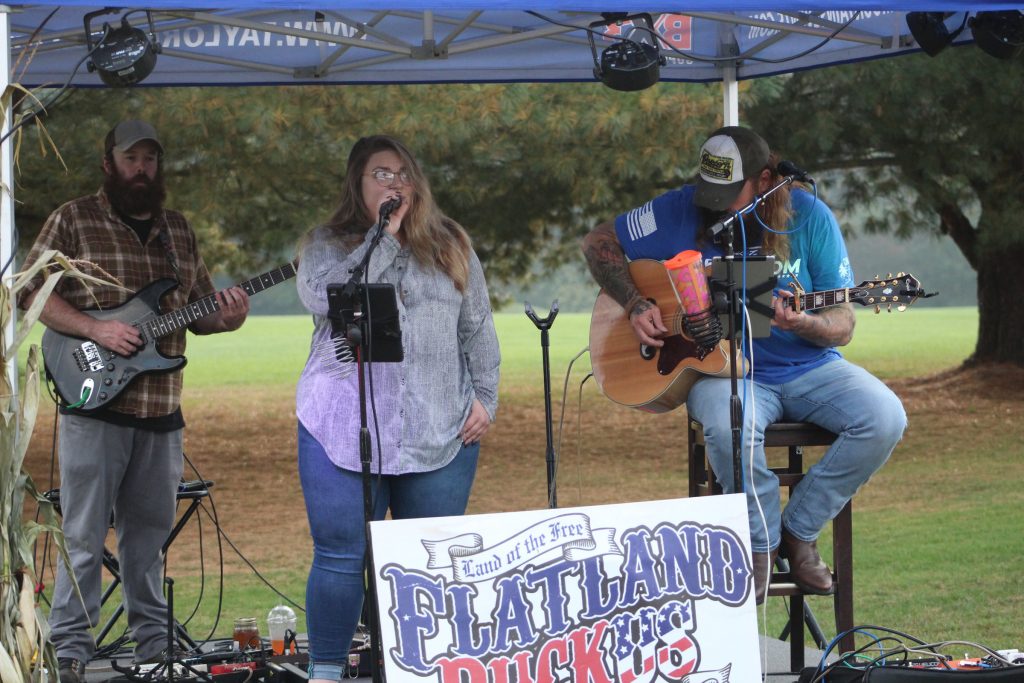 Ten years ago, Chris Shrive was a 38-year-old disabled Desert Storm Army vet with three kids and, having left Procter and Gamble with a work injury, no job. Today he is a full time guitarist/singer with Flatland Ruckus, an outlaw country duo booked six nights a week a year out.

How did it happen? Shrive always loved music. He got his first guitar when he was 11. He went through a heavy metal phase in high school. The Old Forge resident graduated from Old Forge High School In 1989 and joined the Army. He was assigned to the Big Red One, the Army’s oldest combat unit, and sent to Iraq.

After Iraq, he was stationed in Kansas, where, at 22, he listened to a lot of country music.

“The girls out there were into it,” he said. “I even picked up a Kansas drawl.”

Discharged in ’94, he played and sang as a worship leader for a Pentecostal church for a while, worked as a corrections officer and then for Procter and Gamble. Busy with work and family, he had little time for music. He never stopped playing guitar, but only played for himself at home or, as he put it, “fooling around at parties.”

After Procter and Gamble, he reset.

“With some free time, I looked around at the local music scene,” he said. “I saw a need for country music. Nobody was doing the stuff I wanted to do — outlaw country, Hank Jr., Waylon Jennings, Willie Nelson.”

As he listened to local bands, though he had never played out in clubs or bars, he said to himself, “hey, I could do this.”

He teamed with a bass player and took the name Flatland Ruckus, because he said, “At Procter and Gamble, they called me a Flatlander.” 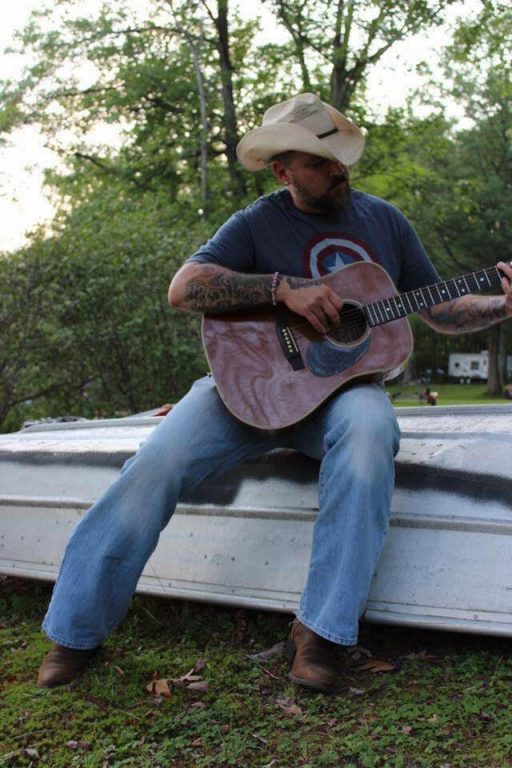 COURTESY OF FLATLAND RUCKUS
Old Forge native Chris Strive picked up his love of country music in Kansas, where he was stationed during his stint in the military. He started his live music career in 2014 after much coaxing from his friends and family.

Through some friends, they got a gig 279 Bar in Plains. For Shrive, this was his first ever.

“I was worried, nervous,” he said. “I was not even familiar with how to set up live sound. Everything that possibly could go wrong went through my head. We had no following, except for a few friends. No one knew what to expect. The owner was a Tom Petty fan, so we played ‘Mary Janes’ Last Dance.’”

The bar was full, and Flatland Ruckus passed the audition. The bass player didn’t last, but Flatland Ruckus did. The band’s reputation for providing a good time spread by by word of mouth. Shrive let his hair and beard grow and channeled Chris Stapleton. The look helped him get gigs. Within six months, he was working three nights a week. 279 hired him to play monthly. Shrive played solo, tried a full band, but preferred playing with a duo.

One and a half years ago, he found Ashley Hunting.

“She was posting videos on Instagram,” he said. “I thought, ‘this girl’s got to be working with someone,’ but she wasn’t. She looked at stuff I was doing and came for an audition. As soon as we came together, it just worked.”

Hunting, 32, from Tunkhannock, has been singing since she was 12. She studied classic voice at Moravian.

The female voice gave Flatland a wider variety of songs to pick from. A video of her singing “Shallow” from the movie “A Star is Born” at the Creekside Inn in Tunkhannock has 60,000 views on social media. Her rendition of “Jolene” is a highlight of the show, and Shrive said, “she probably sings ‘Me and Bobby McGee’ better than Joplin, and she plays a mean tambourine.”

Local guitar whiz, Rob Husty sits in with Flatland sometimes, as he did during the Pittston Irish parade, and Shrive loves it.

“I can’t say enough about him,” Shrive said. “He’s amazing and can play anything.”

Shrive said he and Hunting try not to let their setlist get stale.

“We still play the old stuff, but we learn new music every week. We’re booked almost a year out now.”

They play regularly at the Bistro on Hudson in Plains, 279, Speakeasy in Uniondale and “pretty much anywhere else with beer tap.”