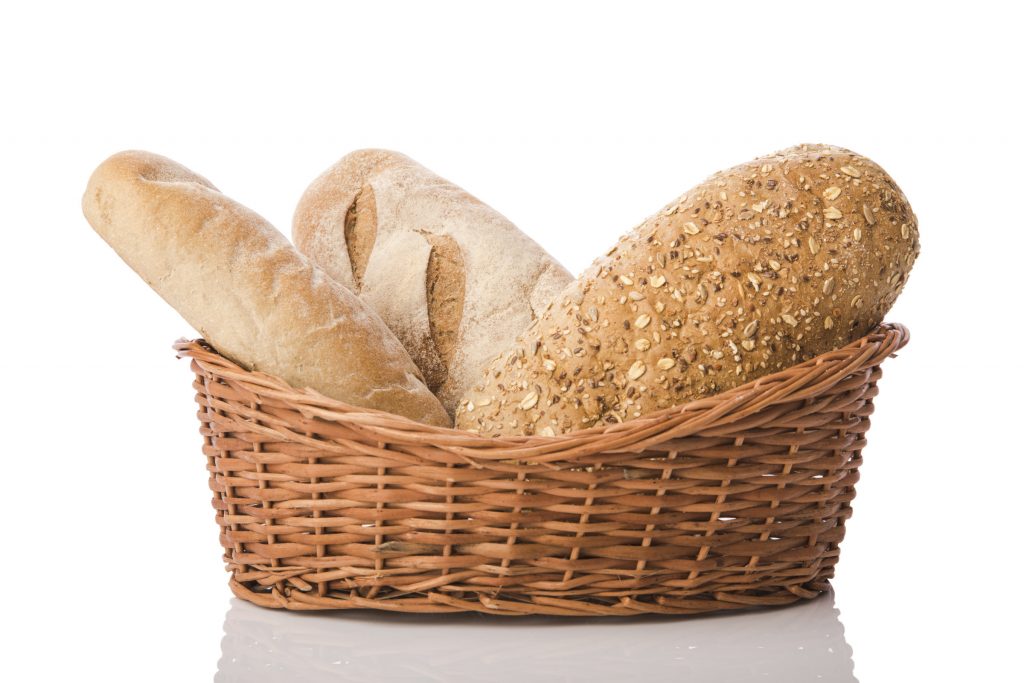 Whenever people in need have fallen through the cracks over the last three decades, the Bread Basket of Northeastern Pennsylvania has caught them.

And now, the interfaith program that distributes food across Lackawanna County year-round will expand its efforts this holiday season with a new program — a reverse Advent calendar. Instead of opening a door or taking something out like you would with a traditional Advent calendar, this project encourages participants to put a donated item into a box daily from Dec. 1 to 24.

“With 24 items, it gives you the opportunity to go ahead and put a meal together. … Hunger knows no color, and at Christmas, it’s a time where we can all forget our troubles and come together,” said Sandra M. Roberts, past executive director of the Bread Basket, where she has spent the last 13 years. “And it’s the compassion of the community. It’s really the power of the community to be able to do this and show how strong they are.”

Three local pastors united to start the Bread Basket 36 years ago after noticing people in need coming to their churches asking for help, Roberts explained. The fledgling group worked with Marywood University to secure a grant to begin its work, and it continues to operate today as an interfaith ministry based at Covenant Presbyterian Church in Scranton.

But people in need don’t have to travel to the church for help. The Bread Basket has 19 pantry locations across the county where people can drop off and pick up food. Roberts pointed out how the pantries serve as places where people can come for supplemental help, rather than a place to rely on permanently.

“Our numbers show that basically a consumer will come about four times a year,” she said. “It’s not as though these people come every month. They truly are people in need of food, but they’re also grateful. They’re also considerate and very appreciative when they leave, and they do not see it as necessarily the food on which they live on. It is a safety net or a resource when they’re running low.

“And it is grandmothers watching children after school that need extra food. It is the month that has five weeks in it that the paycheck doesn’t stretch, or it’s someone who’s caught in between employment or people who’ve just moved to the area, and they’re tapped out by the moving experience.”

Those who need help must show proof of Lackawanna County residency, such as a driver’s license or rent bill, and must know the birth dates of the people in their household when they visit a pantry. People can come by monthly, Roberts said. Each pantry has its own hours, but they usually are open weekdays.

The Bread Basket accepts donations year-round, and not just of the usual non-perishable foods.

At this time of year, bags of mixed nuts and sweet potatoes or vegetables like squashes make for hearty additions to the pantries, she said. Food policy leaders in the county are looking to improve how people receive nutrition, including being able to mix non-perishables and perishables in recipes, Roberts added, such as by putting squash in spaghetti or topping cereal with bananas.

Donations come from a variety of sources, from individuals to community groups to Fortune 500 companies. Hunger is “the one thing that connects us all,” Roberts said.

“Hunger doesn’t take a holiday,” she said. “Hunger just doesn’t discriminate. It’s there, and it’s something that can pull everyone together from all walks of life under one umbrella.”

John Kelly, a Scranton resident and five-year volunteer with the Bread Basket, believes the problem of food poverty in Northeast Pennsylvania is bigger than people might think.

“It’s sort of an invisible problem, and we’re trying to give a leg up to those people,” he said. “We’re there trying to help people … who are working hard to try and raise their families and things, and people are facing choices about whether to put food on the table or keep the heating on. Those people tend to be invisible to a lot of charities. They’re not poor enough to get aid elsewhere.” 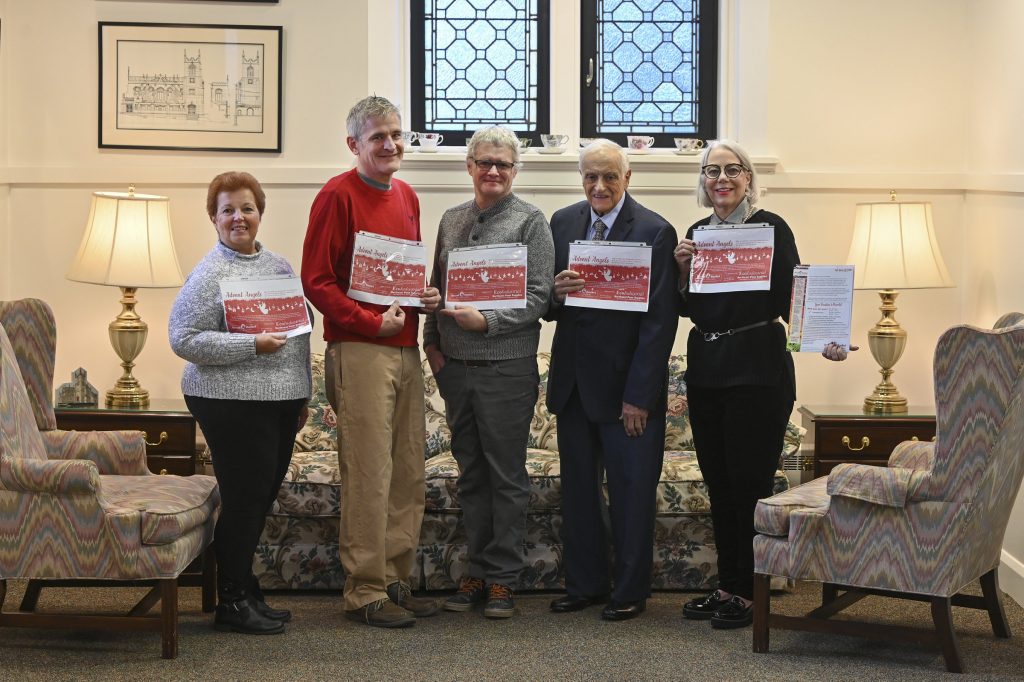 The Bread Basket has 70 volunteers, and Roberts said there is an unselfishness with physical labor and time. They consistently help at pantries “no matter if it’s raining or snowing or whatever the weather is,” she said, in order to improve the quality of life for people and families of all kinds.

“The volunteers at each pantry site are extremely dedicated because the pantry sites are right in the community in which they live,” Roberts said. “It’s their home. It’s their neighbors.”

Anyone interested in volunteering can stop by a pantry to fill out an application.

“And it can be like a working interview,” Robert said. “You try it out, see if you like it. A lot of people stay forever. I have had volunteers who’ve been with us for 30-some odd years.”

Kelly, a native of Scotland who has lived in Scranton for the last six years, brought the idea for the reverse Advent calendar to the organization’s attention. He saw people in his native land posting about the Advent program on Facebook and “thought that could be an interesting idea” for Bread Basket to take up.

“We’re always looking for ways of getting more food, because we’re kind of desperate, particularly this time of year, to get food. … It kept appearing (on Facebook), people saying, ‘I’m doing this Advent calendar,’” Kelly said. “It seemed to be quite successful over there.”

Eco Industrial has sponsored 500 boxes for the program’s inaugural year, and those interested in participating can pick up boxes at the Bread Basket’s Scranton office at 550 Madison Ave., or at pantry sites weekdays starting Wednesday, Dec. 4, just after Advent begins.

“I think (the world has) become very cynical, and this is getting back to maybe … the true meaning of Christmas and Thanksgiving,” Kelly said. “And this gives people a chance to give to their neighbors.”

Roberts said the organization is looking for food to take its pantries through the winter.

“Friends of the Poor really covers that Thanksgiving need within the community, and then other helping agencies like United Way, like Bread Basket, like Catholic Social Services help through the rest of the year. … We want to make this one of the biggest events that happen at the holidays buy easily providing boxes,” Roberts said.

Families can take a box, or offices can sign up and have workers bring in one item at a time. However they do it, they can take the filled boxes to their churches, which Roberts said then will contact the Bread Basket to arrange to drop off the donations or have them picked up.

“You can do it at church, youth group, scout group. … If a family wants to do it together, it brings the family together as a unit and just kind of focuses around the anticipation of Christmas.”

Advent symbolizes hope, peace, joy and love — and that’s exactly what the Bread Basket offers through people of many faiths, Roberts pointed out.

Bread Basket serves recipients according to the zip code in which they live. Recipients can visit a pantry once a month for supplemental food, must bring an ID plus proof of residency in that zip code or proof of all family members, and must know all family members’ birthdates.

For more information, call the main office at 570-343-2324. The office, located inside Covenant Presbyterian Church, 550 Madison Ave., Scranton, does not have a pantry on site and is open Tuesdays to Thursdays, 11 a.m. to 4 p.m., and Mondays and Fridays by appointment.