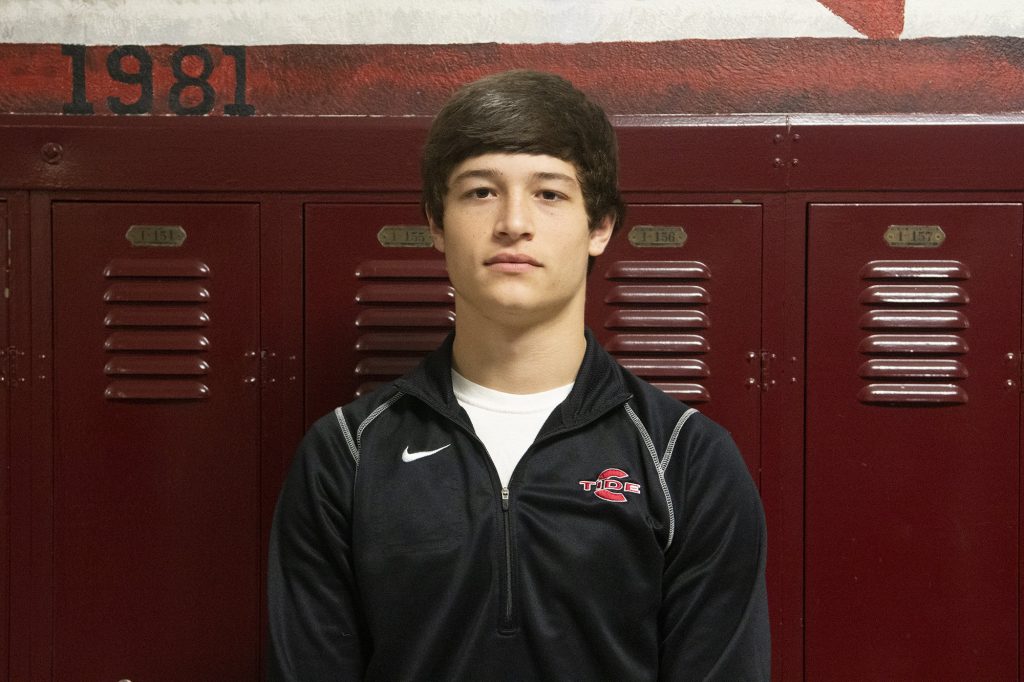 Athlete of the Week: Kevin DiCello of Pottsville 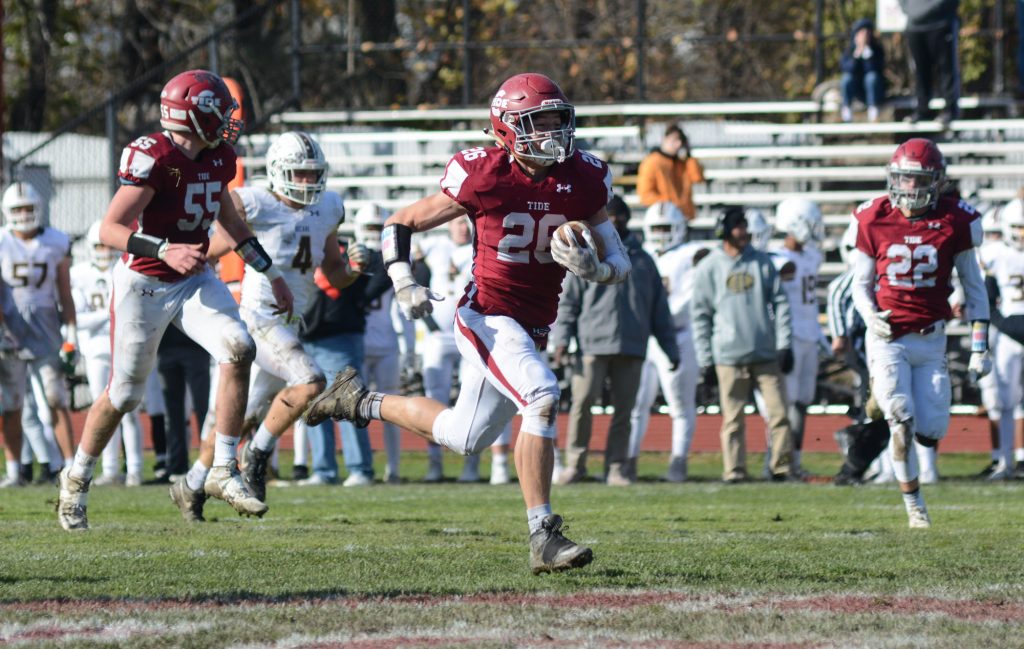 LINDSEY SHUEY / STAFF PHOTOGRAPHER
Pottsville’s Kevin DiCello breaks into the clear on a 73-yard run in the District 11 Class 4A semifinal against Bethlehem Catholic at Veterans Memorial Stadium.

Senior running back Kevin DiCello of Pottsville rushed 21 times for 154 yards and a touchdown as the Crimson Tide defeated Allentown Central Catholic 34-7 to win the District 11 Class 4A championship.

Q: How exciting is it to be in the PIAA state quarterfinals?

A: It’s an unbelievable experience. It’s something that me and my teammates have been talking about since junior high, so it’s pretty special to make it happen our senior year.

Q: You’ve rushed for more than 100 yards in three straight playoff games. What’s been the key?

A: Absolutely, after I got the first one against Wilson I made it a personal goal to do it throughout the district playoffs. It really opens up the passing game and makes things easier for Damon (Yost). So I just try and do my job, hit the holes, and get as much as I can to try and put my team in the best position to win.

Q: How big was the scoring drive to open the third quarter against ACC?

A: Huge. We came into halftime telling each other we still have another half to play. We knew the opposing locker room was looking to come out strong at halftime, and since we had the ball we wanted to come out and make a statement for the rest of the game.

Q: You missed the first two games due to injury. Did you learn anything watching from the sideline?

A: Biggest lesson I learned from that was to never take anything for granted. Missing those first two games showed me I have to come out and make the most out of every opportunity I have.

Q: Is there anybody you model your running style after?

A: I try and model it after Saquon (Barkley), even though those are pretty big shoes to fill. I watch a lot of his highlights from college and I really admire his patience and the way he can make a jump cut and then accelerate through the hole.

Q: How important is it to be able to run the football successfully in the playoffs?

A: It’s one of the most important parts of the game plan. If we are running the ball effectively, it keeps the defense honest and opens up so much of the passing game for Damon, Mason (Barnes), (Kevin) Schenk, Addy (Mullins) and Daulton (Mates). We can start utilizing the play-action and catch some guys guessing.

Q: How cool would it be to rush for more than 1,000 yards this season?

A: It would be awesome. It’s been a goal of mine since I picked up a football to rush for 1,000 yards in a season. Even with missing those first couple games, this is the first year that I’ve had a legitimate shot at doing it. I think I need about 110 next game to get it so its definitely something I’ll be shooting for.

A: I plan to attend the University of West Virginia and major in engineering.