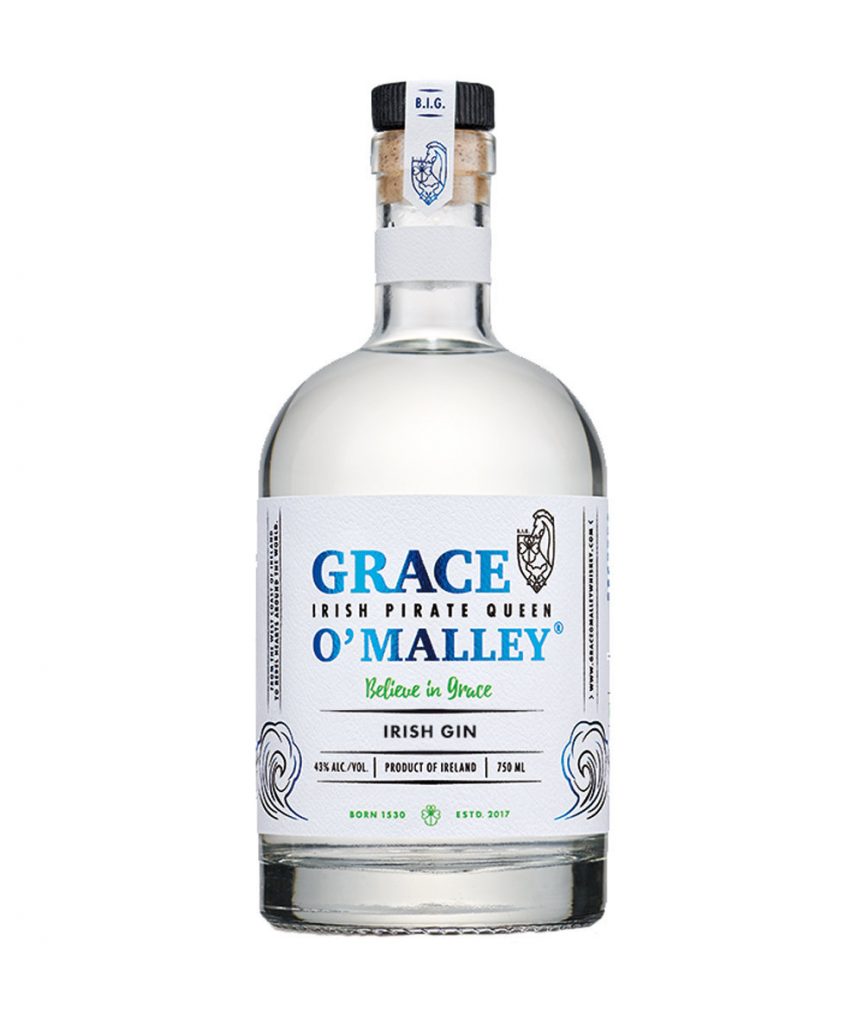 ‘Grace O’Malley” sounds like just another student on a local honor roll. But the name goes back hundreds of years in Irish lore, belonging to Ireland’s “Pirate Queen.” Determined to not let this legend go overlooked, the liquor industry stepped up and introduced a line of Grace O’Malley spirits.

First, some Grace: Born into a politically and economically significant family, O’Malley earned her chops in seafaring at a young age in her family trading/pirate business. Legend has it she insisted on going to Spain on a commercial excursion. When her father refused, saying her long hair would get caught in the ropes, she cut off her hair and stowed away, earning her a nickname that, in Gaelic, means “the Bald Grace.”

Despite the fact that she had a half-brother who should have inherited the business, everyone seemed to agree that O’Malley was a more natural heir. She married well, at least twice, allowing her to consolidate more power and become chieftainess. O’Malley secured lasting fame when, refusing to bow to Queen Elizabeth I, she negotiated some changes for her and Ireland. They spoke in Latin, a neutral language they shared, because she didn’t want to speak English.

Pennsylvania stores carry Grace O’Malley gin and Grace O’Malley blended Irish whiskey, although I associate gin with trade and with the United Kingdom rather than with Ireland.

Grace O’Malley Gin is subtle and understated compared to other gins that try to assert themselves. The gin is said to be distilled with botanicals from West Ireland. The gin shows a pronounced character of licorice, white pepper and herbal notes. People are very particular about their gins, and the range is so great that they are hard to rate. Grace O’Malley gin is elegant and a high-quality, traditional, all-purpose gin playing well with other components of a cocktail. $36. ♦♦♦♦ 1/2

The producer-promoted cocktail for this gin is dubbed Westport Rose, a nod to the Negroni. It consists of 3 ounces of gin, 1 ounce of Lillet Blanc, 1 teaspoon of Aperol and a few dashes of orange bitters on the rocks.

Given the gentler approach of Grace O’Malley gin, this cocktail wisely substitutes the more subdued Aperol for Campari. Instead of the bolder flavors of red vermouth, the Westport Rose uses Lillet Blanc, comparable to a sweet white vermouth. This is a success and much more session-able than a potent Negroni.

Grace O’Malley Blended Irish Whiskey smells of toasted caramel, moss, dried honey and herbal notes. Like the gin, the whiskey is a solid, all-purpose spirit, ideal for enjoying on the rocks. $33. ♦♦♦♦

Loyal first to her clan and family, O’Malley had as many conflicts with the Kingdom of Ireland as she did English encroachment. That visit with Elizabeth resulted in O’Malley’s foes being deposed and a title for her son in exchange for her backing off a rebellion. As Ireland’s fortunes declined in the 17th century, O’Malley nevertheless became a symbol and hero of a better time. At long last, she has a whiskey.