Try the real recipes for these famous restaurant foods

My editor was suggesting that I write about how several corporations, in recent years, have begun publishing the recipes for some of their most iconic dishes.

These are not knockoff recipes, in which ordinary people try with varying degrees of success to re-create a favorite recipe from a fast-food joint or theme park. These are the actual recipes used by the actual restaurants and hotels that serve them.

They are even scaled down to home-cook proportions by the corporations themselves. What you see here is, at least theoretically, what you get there.

I started with the Dole Whip, largely out of curiosity. I can see why people love the Dole Whip so much, especially in such hot-weather areas as Orlando, Florida, and Anaheim, California. It is a delightful treat, cool and especially refreshing. And with only three ingredients, it is also easy to make.

I stayed with the good folks at Disney to re-create another of their wildly popular dishes, churro tots. Churros are stiff, uniquely shaped, cinnamon doughnuts popular throughout Central America as well as Spain and Portugal, where they originated. The recipe Disney has published is for what they call churro tots — a smaller, bite-size version of regular churros with a chocolate dipping sauce.

To my surprise, the churros begin with a pâte a choux dough — it’s the type of dough that bakes up with a big pocket of air in the middle; it’s used for eclairs and cream puffs. When you fry it, though, it clearly turns into a churro.

Pâte a choux doughs take a couple of steps more to make than some other pastry doughs, but they are quite easy and forgiving. Once you’ve made the dough, you have to pipe it out with a pastry bag and fry it; then roll it in a cinnamon-sugar mixture and, of course, make a chocolate sauce.

It takes a fair amount of energy to make them, but when you are done you have churro tots and a chocolate sauce. Trust me, it’s worth it.

The Chinese Chicken Salad from the Cheesecake Factory starts innocently enough, with a mixture of lettuces and cabbage, plus bean sprouts, green onions and sliced poached chicken. But then you add crispy (fried) rice noodles, crispy (fried) wonton wrappers, a hill of toasted almonds and far too much sesame-plum dressing.

About that sesame-plum dressing: The recipe says it is available in “fine food markets.” I’m guessing the store where I shop is not fine enough. They didn’t carry it. So I bought a bottle of Asian Ginger-Sesame dressing and used about half the amount that was recommended, and that worked fine. Other than the dressing, the recipe tastes just like it does at the Cheesecake Factory.

I turned next to Chick-fil-A and its recipe for its very popular but discontinued coleslaw. Before they stopped selling it (in favor of a trendy kale salad with dried cherries and nuts), Chick-fil-A released the recipe, so its many fans could continue to make it at home. It is a standard recipe for Southern coleslaw with a bit of a twist: it gets its bite from dry mustard. And that makes all the difference.

I next took a recipe for guacamole from Chipotle. The brilliance of this dish is its simplicity; there are no extraneous flavors to get in the way of the purity of the guacamole. All it requires are ripe avocados, lime juice, cilantro, red onion, jalapeno and salt.

Finally, I made the chocolate chip cookies from DoubleTree. These are buttery cookies, absolutely packed with chocolate chips and chopped walnuts. A couple of things make the cookies stand out. One is that, while they are mostly made from flour, they have also have a bit of oats in them for a bit of a heartier chew. And the other unexpected ingredient is just a hint of lemon juice.

As written, the recipe calls for the cookies to be baked at 300 F for 20 to 23 minutes. That didn’t work for me. I got close to 30 minutes, and they still were not ready. So I bumped up the temperature to a more reasonable 350 F, and they turned out fine. 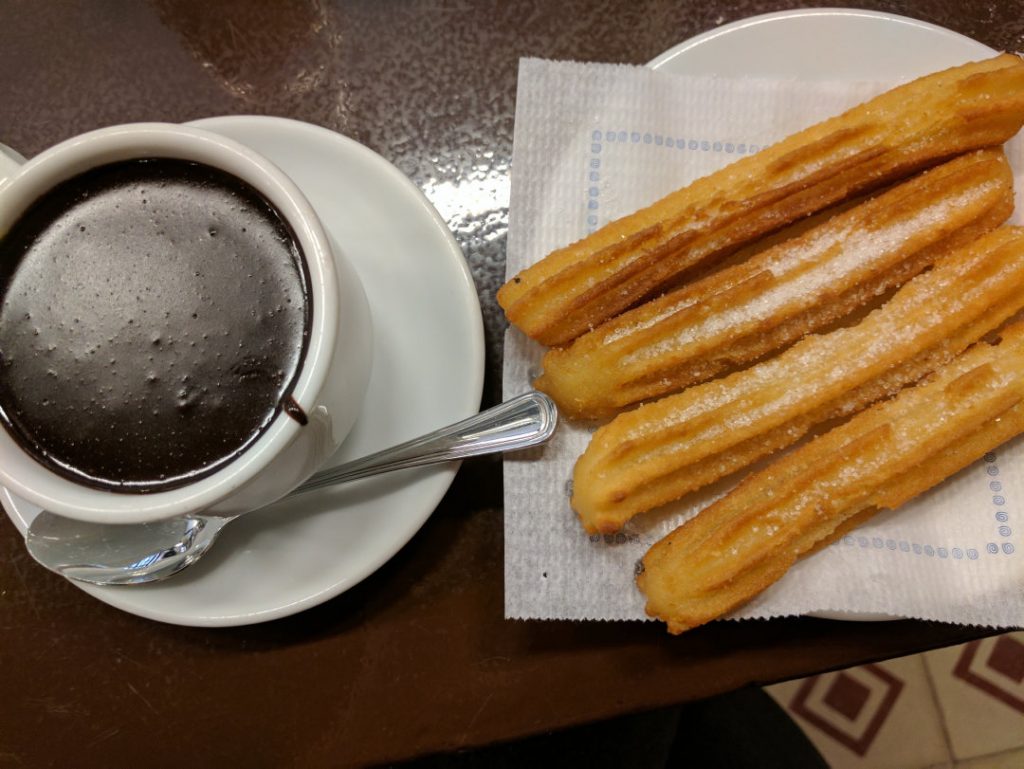 Note: To make your own chocolate sauce, chop 4 ounces semisweet or bittersweet chocolate and place in a bowl. Heat 1/2 cup half-and-half, light cream or heavy cream almost to a boil (you can boil the heavy cream) and pour over the chocolate. Allow to stand for 1 minute, then stir until chocolate is completely melted and incorporated into the sauce. This ganache will only stay in a liquid form for 1 hour or less.

— Adapted from a recipe by DoubleTree by Hilton

Note: If you can’t find sesame-plum dressing, use another Asian-style salad dressing with sesame as one of the main flavors. 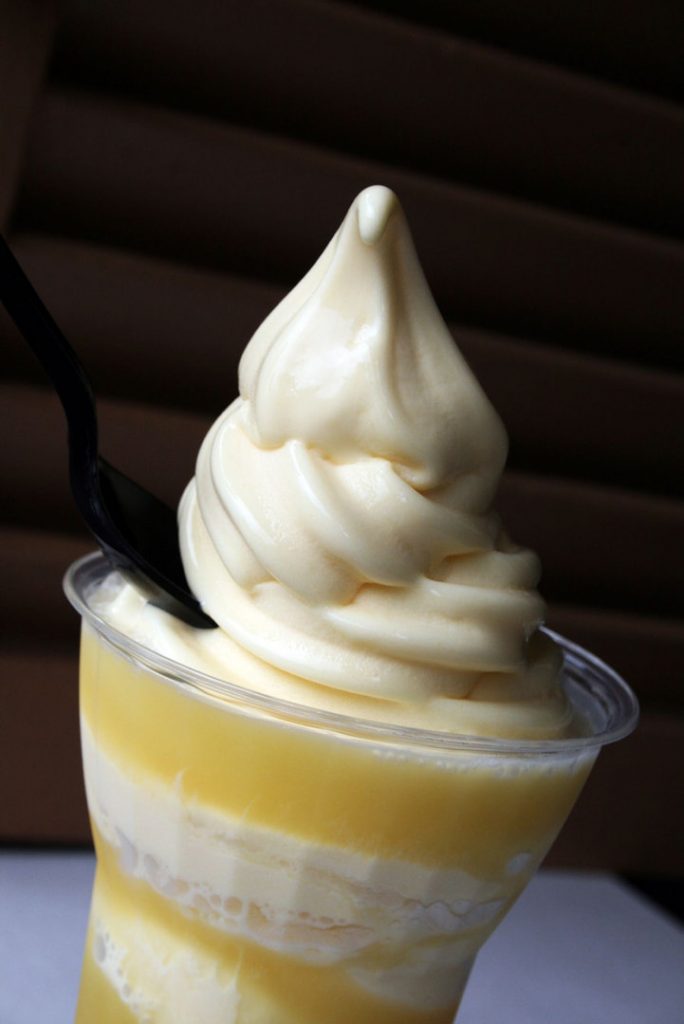 SUBMITTED PHOTO
Disney’s Dole Whip is vegan and made without dairy. The company shared a recipe for a similar treat recently. 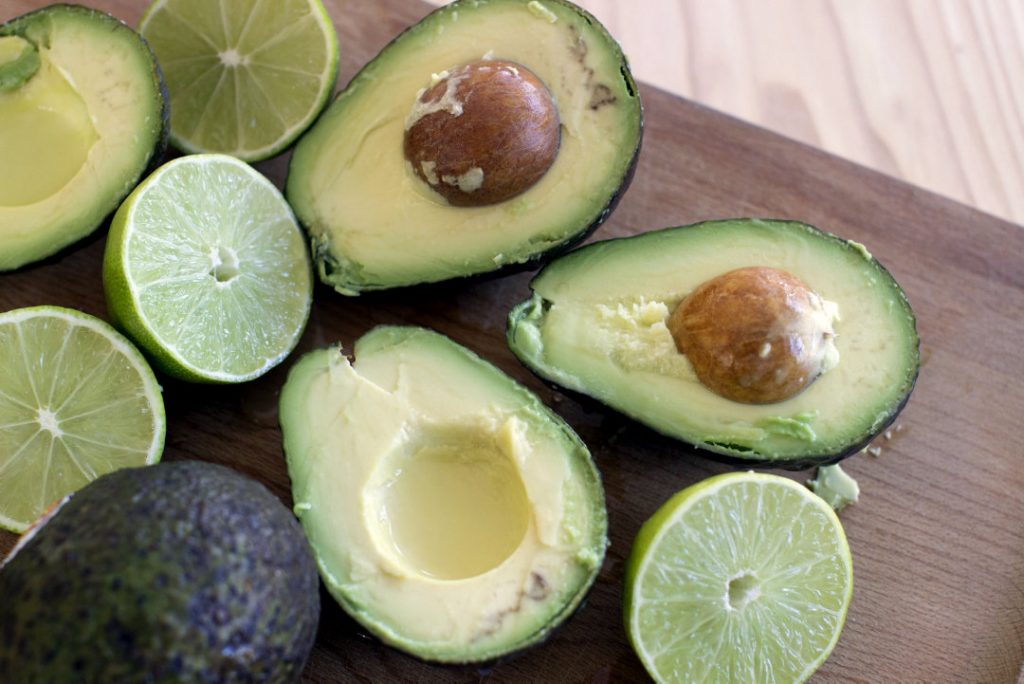