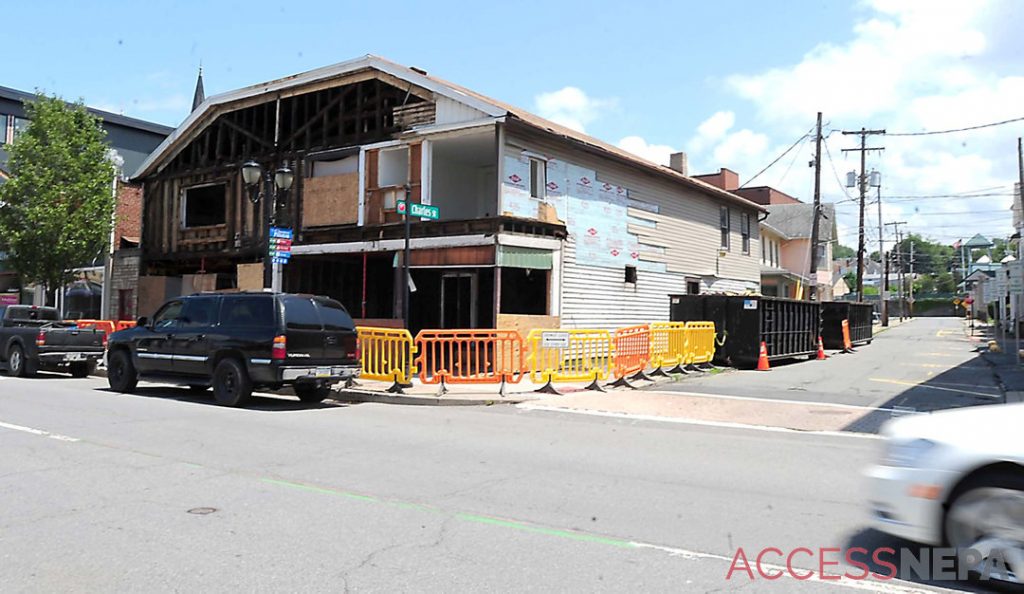 Kingston’s loss will be Pittston’s gain when a longtime popular West Side restaurant relocates later this summer.

The owner of Canteen Park on Market Street in Kingston announced on Facebook the business will move to a new location in Pittston.

Canteen Central will open in the former Central Diner on Main Street, owner Abby Singh announced in a Facebook post.

“This place has good bones and already had so many great meals served between its walls,” Singh wrote. “There’s something uniquely special about being a small business on a Main Street in the USA.”

Singh operated Canteen 900 in Forty Fort for nine years before consolidating her businesses in 2019 at the Kingston location. At the time, Singh said she planned to relocate Canteen 900 to Adams Avenue in Scranton.

However, the move was never finalized and then the COVID-19 pandemic further placed the future of the business in uncertainty.

“As much as we believed in Adams Ave., Scranton, and the incredible people involved even more, the universe simply didn’t align for us to be there. I will forever be grateful to everyone that supported us throughout that process,” Singh wrote. “Over the years, I’ve learned that things always happen when you least expect it, and another to be certainly true, when one door closes — even if you think permanently — another opens … and this time on Main St., Pittston.”

Singh’s restaurants have long been known as a go-to lunch spot for fresh sandwiches, salads, soups, smoothies and juices.

The last day of business at Canteen Park will be July 23.

Singh said her family and staff will take August off to “de-stress from 2020” and then open Canteen Central in Pittston.

“We are eager to create, collaborate and gather again around wholesome food amongst friends real soon,” Singh wrote.

“The addition of Canteen to the downtown is exciting in that it contributes to the goal of creating a restaurant and entertainment district,” Lombardo said. “Canteen is an established brand with a great following. We look forward to their participation in our downtown culture.”