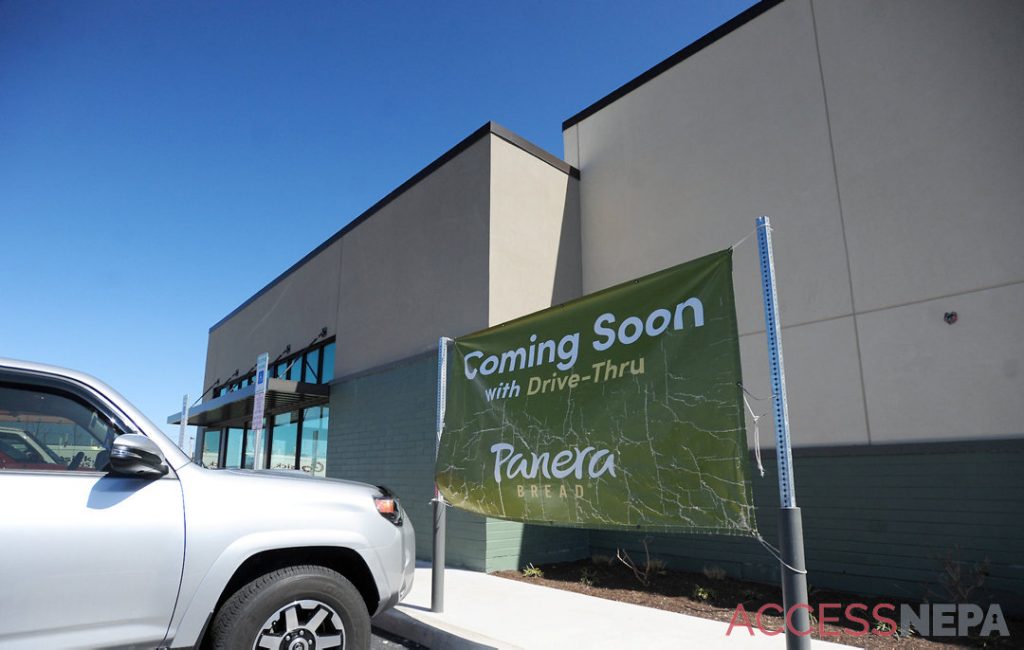 That would mark three years after a tornado destroyed the popular restaurant and other businesses in a strip mall in Wilkes-Barre Twp.

Sordoni Construction completed the exterior work for the new stand-alone Panera Bread restaurant that will include a drive-thru and a contractor is completing interior work.

The project has faced delays, Zedolik said. After Sordoni Construction received a permit early last year to start the construction, it was delayed when Gov. Tom Wolf ordered the construction industry shut down during the pandemic.

Construction also is moving forward in other parts of Wilkes-Barre Twp.

Zedolik said both could be completed by the summer and a new Planet Fitness also could open in June. Work continues to transform the building next to Kohl’s that temporarily houses Spirit Halloween during the fall into the new fitness center.

Flaming Crab Cajun Seafood plans to open a restaurant in the Wilkes-Barre Twp. Marketplace next to Party City.