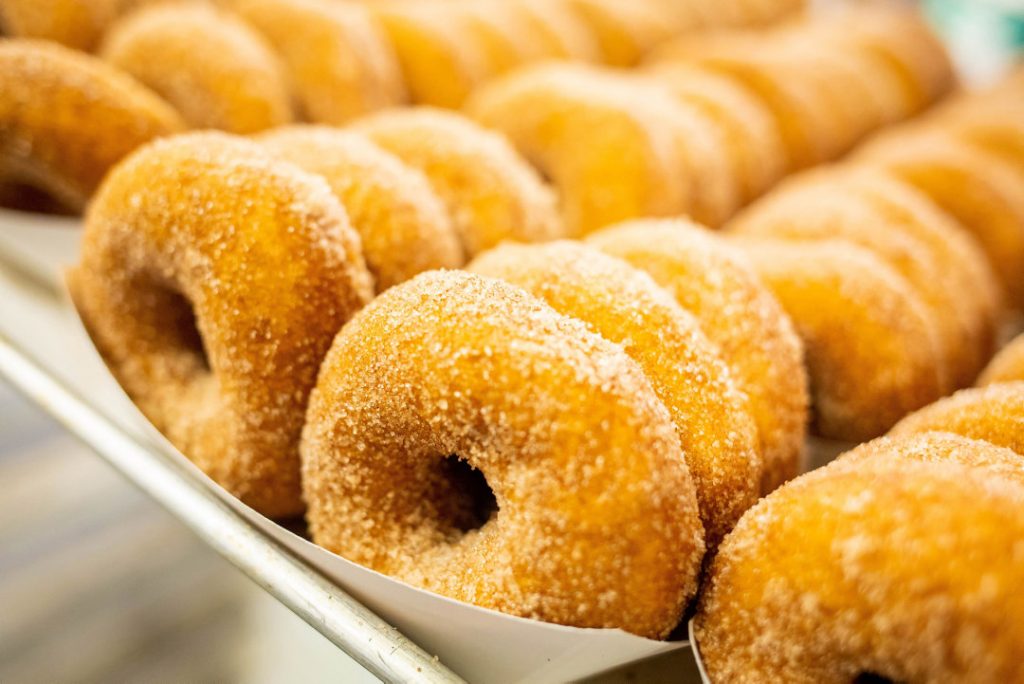 Grab the apple cider and make some doughnuts

Among the highlights of visiting an apple orchard are those hot, crispy apple cider doughnuts. After a day of picking apples, they are a treat. There’s no need to wait until the next apple-picking season to enjoy these fall favorites when you can make your own.

Many recipes call for the doughnuts to be fried. We’re taking a simpler approach with a rich cake batter version, then baking them in specialty pans. They can brushed with butter, then dredged in cinnamon and sugar, or dipped in glaze.

Cinnamon and freshly grated nutmeg usually hold court for that nostalgic apple-cider doughnut flavor. You can also consider anise, ginger, allspice, and cardamom. For more depth of flavor, you’ll want to simmer the apple cider into a reduction.

Of course, just like at the apple orchard, the doughnuts are best served warm, or eaten on the same day.

For more apple flavor, reduce 1 cup of fresh apple cider to 1/3 cup by heating in a small saucepan. Bring to a boil, then reduce to a simmer until it has cooked down to 1/3 cup.

Note: If you don’t have doughnut pans, you can use a muffin tin.

For the Cinnamon-Sugar Dip:

— Adapted from “The Barefoot Contessa” by Ina Garten