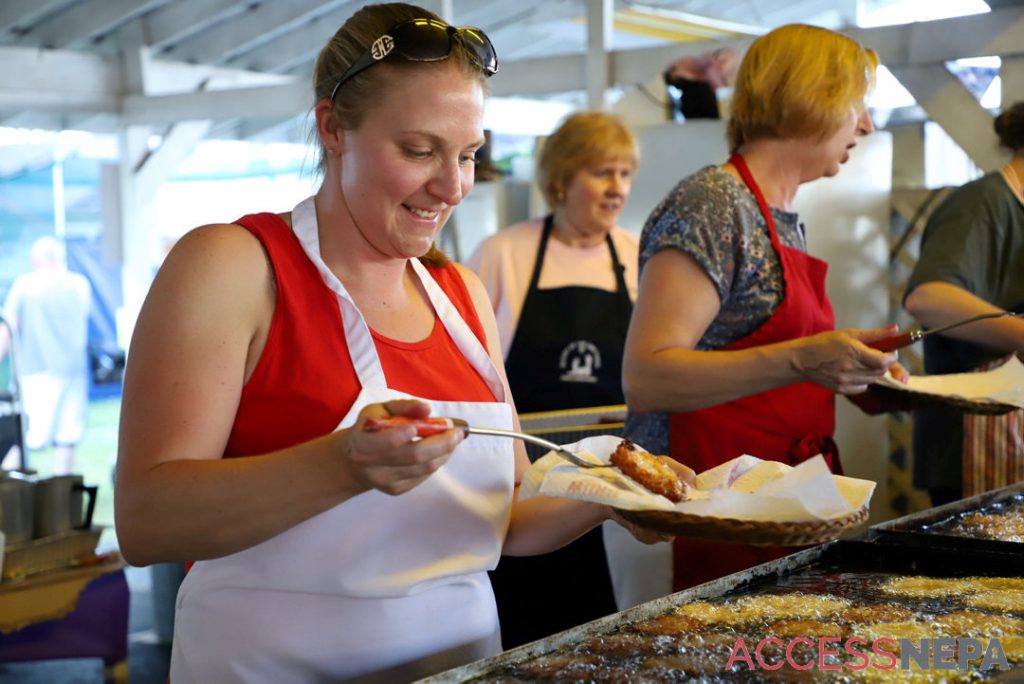 For barbecue fundraisers, the secret is in the sauce

Behind the curtain of flames and hickory smoke, any seasoned pitmaster worth his salt will tell you — the secret’s in the sauce.

Only amateurs use bottled product, but the perfect homemade sauce is in the eyes of the beholder. One may be sweet and smooth, while another carries a sharp bite of vinegar or kick of spice. The Valley Advantage recently sat down with three of the Midvalley’s barbecue experts: William Walker Hose Co. Vice President John Knutelski, Commander of Shopa Davey VFW Post No. 6082 Pete Puhalla and Throop Hose Co. No. 1 President Dave Benson.

All three have been busy planning and hosting their annual barbecue chicken fundraisers, but this year there was a new twist. All fundraisers were drive-through only to comply with coronavirus pandemic rules on social distancing.

Knutelski and the team at William Walker Hose Co. in Mayfield served more than 750 chicken dinners at their fundraiser Saturday. While the dinner included baked beans, coleslaw, a roll and dessert, the chicken is always the star of the event. The team of first responders started grilling at their homemade pit around 5 a.m. on Saturday.

The fire company vice president says the grilled chickens receive a thick coat of homemade red barbecue sauce made by his brother-in-law. The two men have been grilling as duo for more than two decades.

“It’s better than Sweet Baby Ray’s,” Knutelski said about the sauce. “I’ll tell you something else, the sauce is awesome. It’s not too spicy or vinegary.”

A day later, Puhalla and his friends from the Ladies Auxiliary and Shopa Davey VFW Post 6082 in Peckville served 450 takeout dinners. That’s about 300 less than they usually see, a dip they chalked up to the pandemic.

“We sold tickets at the door this year because no one knew what to expect,” said Puhalla.

Shopa Davey’s barbecue features a vinegar-based sauce, not as heavy as the red kind. With some help from the Women’s Auxiliary and his fellow club members, the Shopa Davey barbecue sold out just before 2 p.m.

“The last thing I want is hundreds of wasted chicken dinners. As luck would have it, we sold out,” he said. “I can always count on the community. They’re just great people around here.”

The Throop Hose Co. No. 1, which will host a barbecue take-out dinner on Aug. 1, closely guards the sauce recipe they’ve used for decades.

“It’s the best barbecue in town,” said Benson. “For nine bucks, it’s the best value, too.”

“The early morning is always my favorite part of the day,” Benson. “I like to get there early, to see the pit being built. That’s always been my favorite memory from these barbecues.”

Throop Hose Co. No. 1’s chicken barbecue will take place from noon to 3 p.m. Aug. 1 at the fire station, 512 Center St. Tickets are $9 and can be purchased from any hose company member or on the hose company’s Facebook page.