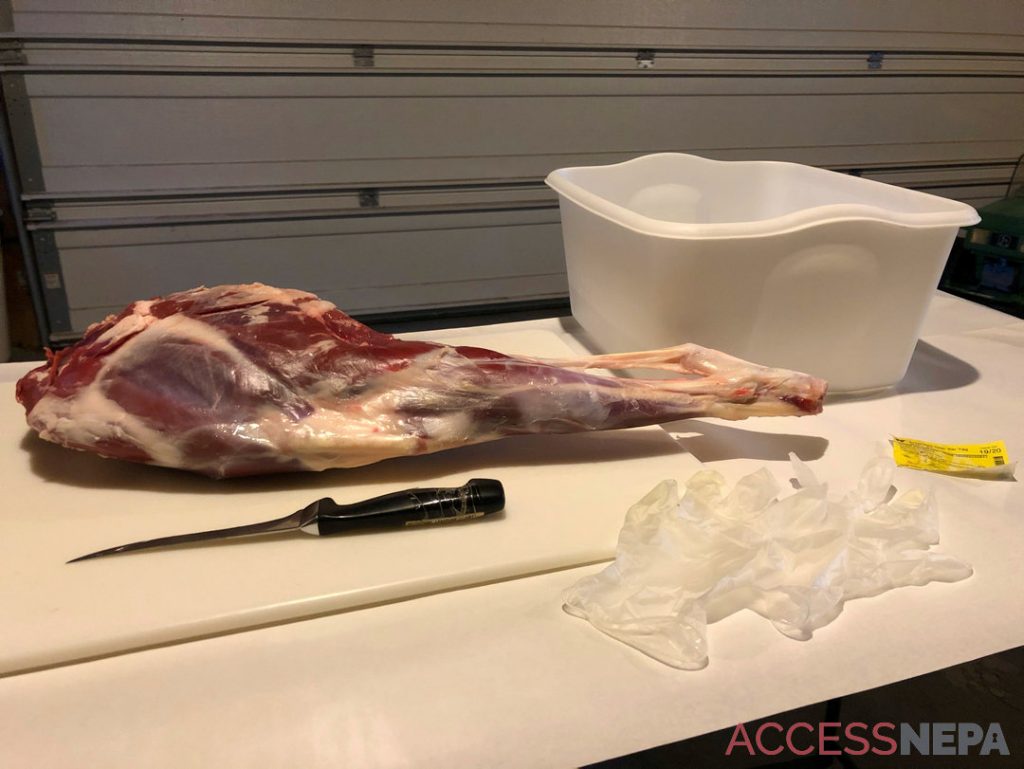 The medical crisis that spawned an economic crisis has caused a hunger crisis in Pennsylvania. Pandemic-related business closings have led to layoffs or pay reductions for more than 1 million Pennsylvanians since March. Food banks in the state report that the number of residents requiring food assistance has grown from 1.5 million to 1.8 million since spring.

John Plowman, director of Hunters Sharing the Harvest, said that despite record-setting donations of hunter-killed deer in 2019, the need has increased substantially this year. The nonprofit group, which has moved deer from hunters to participating butchers to food banks since 1991, is urging hunters to fill an extra doe tag this year to provide much-needed venison to the hungry.

“When the economy crashed last March, all of a sudden a lot of people who had never had problems with their economic situation suddenly needed food assistance,” said Plowman. “Corona showed up after the hunting season. Butchers are still processing long after the last shot is fired. A lot of deer that were donated in winter were still in freezers. Processors had not delivered all of their meat, and our program became extremely valuable to many people.”

The Pennsylvania food bank network reported that from March 2019 through the same time period in 2020, the demand for donated food rose by 50%.

“Businesses closed, people became desperate. When you think about our program getting pounds of venison burger to food banks, it became a lifesaver,” said Plowman.

More than 100 Hunters Sharing the Harvest processors statewide provide ground venison wrapped and frozen in 1-pound blocks to regional food banks, which distribute them to smaller charitable food outlets. A single average-sized Pennsylvania deer can provide about 200 individual meals. In 2019, Pennsylvania hunters donated 5,000 deer — more than 160,000 pounds of meat — to the state food bank system, a new record for Hunters Sharing the Harvest.

A pound of ground meat can go a long way.

“My kids love it,” said Charsey Adamson, of Washington, Pa. “We hit some hard times when COVID came. I lost my job and it was the first time we ever had to take a food donation.
“Fortunately we’ve always been an outdoorsy family, so my girls — 7 and 9 years old — were used to eating wild food. We make cheeseburgers, but it really goes a long way when I put the ground meat in noodles with gravy or in spaghetti sauce, things like that. It’s lean meat so it’s good for them, they like it and we’re very lucky that this program was there when we really needed it.”

Hunters pay no processing fee when dropping off deer donations. No special field dressing protocol is required during the pandemic.

Southwestern Pennsylvania hunters donate more deer to Hunters Sharing the Harvest than those in any other region of the state. This year, the EQT Foundation made a large donation to keep processing fees down. Plowman said that instead of relying on the big food banks to distribute all of the venison, HSH is initiating a new program to move some of the meat directly to small distribution centers.

Don’t have a deer to donate, but want to help? Hunters Sharing the Harvest processes financial support through the Buck for the Pot campaign. Contributions go to the costs of processing and distributing donated venison. In 2019, about $12,000 was donated to pay for processing fees when hunters donate a deer at a participating processor. Hunters Sharing the Harvest reports that for every $25 received, 100 meals of venison can be served to the hungry.

Memorial contributions can be made in honor of a family member or friend, hunting club member, work associate or on behalf of an organization or business. Send checks payable to: Hunters Sharing the Harvest, Attn: John Plowman, Executive Director, 6780 Hickory Lane, Harrisburg, PA 17112.