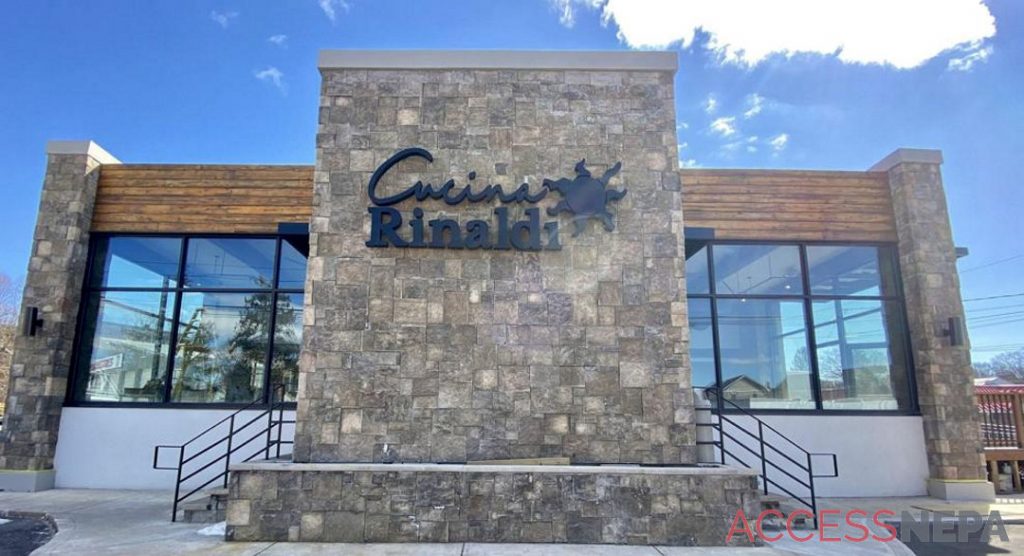 The business is currently open from 7 a.m. to 8 p.m. Monday through Friday and 8 a.m. to 8 p.m. Saturday during its soft opening, Rinaldi said. She noted a grand opening will be held sometime this month, and owners are aiming to expand hours in the near future.

“We’re hoping to open seven days a week in the next month,” Rinaldi said.

The cafe offers packaged meals to go and also has six tables for indoor dining.

“Our sister cafe in Old Forge, Cafe Rinaldi, is known for its risotto and we have it here to go,” Rinaldi said.

Customers may place orders by phone, by walking in the cafe, or using the drive-thru.

“We’re thrilled with the response,” Rinaldi said. “It’s a soft opening so we’re adjusting and trying to figure out what people want.”