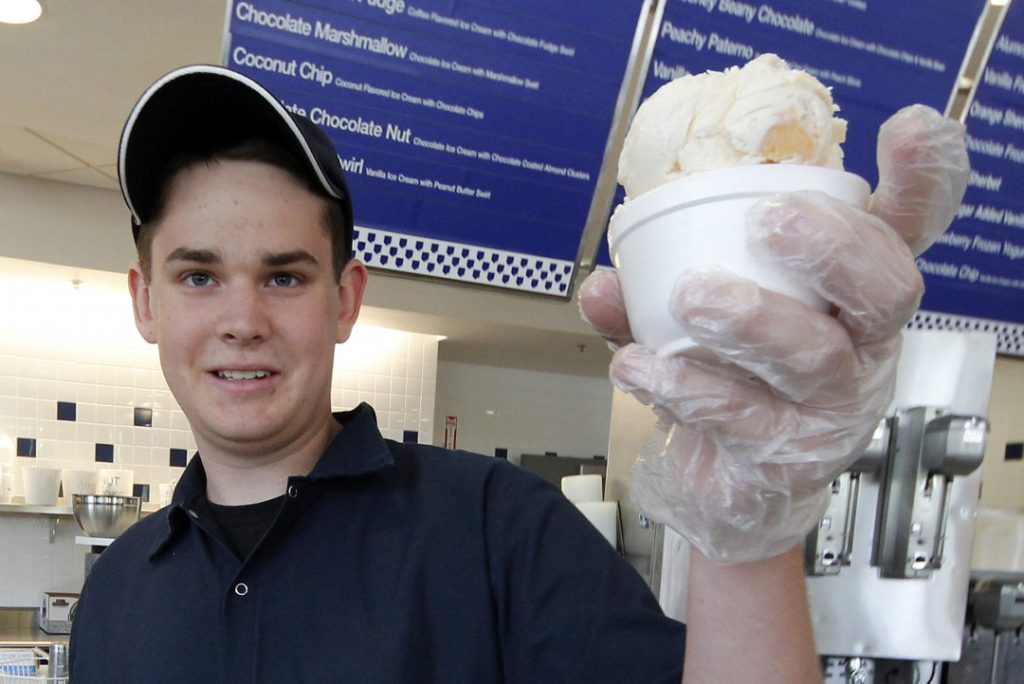 The Penn State Berkey Creamery hopes to score a touchdown with its fans by hosting a new online competition, Fantasy Flavor League.

Like the creamery’s popular Flavor Madness competition in March, the latest promotion asks ice cream fans to vote weekly for their favorite ice cream flavors. Fantasy Flavor League puts a different spin on the contest by tackling the question, which pint flavor “bowls” over the competition?

“We hope this latest competition will bring some fun to the season, especially in light of the postponement of fall sports,” said Jim Brown, assistant manager of the creamery, of the football-themed promotion. “We hope our fans will rally around the contest and the Penn State Creamery.”

The promotion began Sept. 29 and will continue for six weeks. People are invited to vote for their favorite “game day” pint flavor. Voting will take place on the creamery’s website weekly from 9 a.m. Tuesday to noon Friday. At the end of each week, a game winner will be announced. The contest will culminate with the naming of a fantasy football team of pint flavors.

Matchups for these “bowl games” are as follows:

Online orders of the winning pint flavor will be discounted by $1 per pint the week after its win. And everyone who votes will be given a 10 percent off code for online orders.

Another cool addition to the contest: participants will be entered to win a $25 creamery gift card, with a new winner chosen every week. Winners will be selected at random from the pool of each week’s players with a valid email address.

Participants must re-enter each week to be eligible for that week’s prize. Winners will be contacted by email and must respond within seven business days to claim their prize. For complete contest rules, go to https://creamery.psu.edu/fantasy-flavor-league.

Penn State’s Berkey Creamery, the largest university creamery in the nation, produces ice cream, cheese, milk, yogurt and sour cream, as well as a variety of other products, such as juices, lemonade and iced teas, made for sale and distribution to the University community. The creamery also sells a variety of items on its website, creamery@psu.edu, including ice cream, cheese, merchandise and gifts, which can be shipped anywhere in the continental United States.