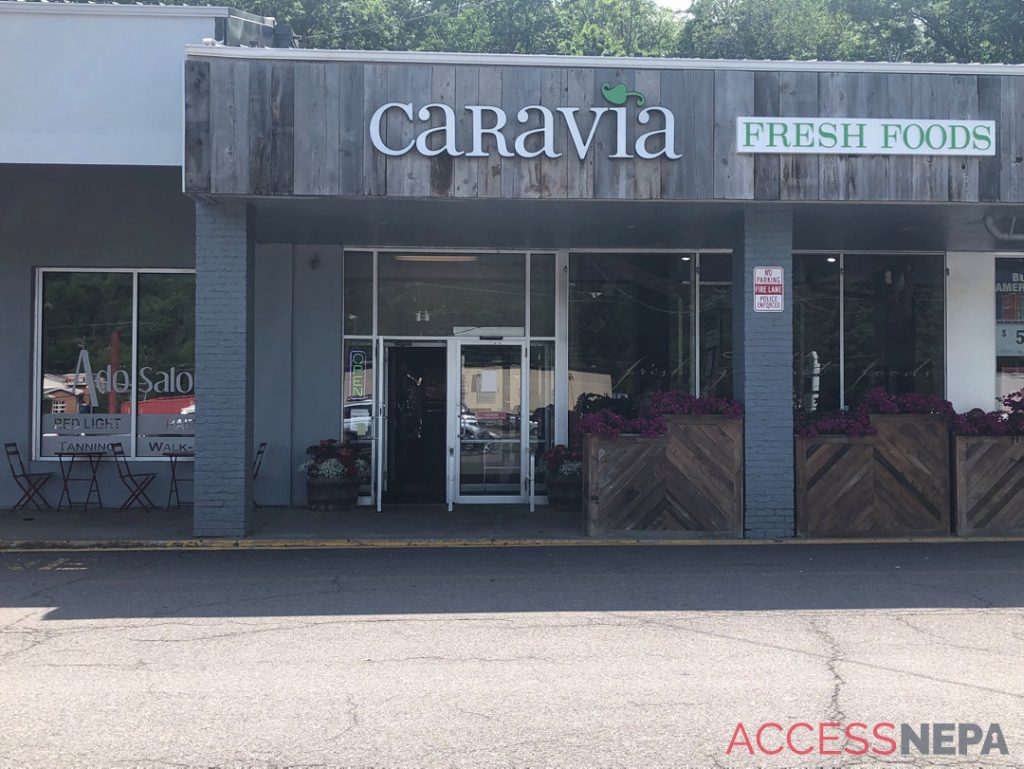 Owner Ryan Cognetti went from worrying about keeping the doors of Caravia Fresh Foods open to planning an expansion project next door in the Abington Shopping Center.

“In March and April 2020, things were looking bleak here and everywhere,” said Cognetti, owner of the South Abington Twp. store. “We have the most amazing and loyal customers who saw us through it. If things kept up the way they were in March and April, we would have been out of business.”

Cognetti also praised the staff for their commitment during difficult times.

“I have a great team that cares about our customers, one another and the business,” he said. “I’m happy we have this opportunity to invest a little further.”

He had been thinking about expanding the business for a while and decided to follow through with the plans.

“We kind of looked around for the right opportunity over the last couple years — maybe somewhere else — and next door just happened to open up,” Cognetti said.

Cognetti said the existing store will primarily serve as a market with an emphasis on fresh produce from local farms along with many unique items from local vendors. The new space, previously occupied by Ado Salon, will have some popular mainstays along with new items.

“We’ll have the sandwiches there and we’re also going to introduce a salad concept we’ve been kicking around for a while,” Cognetti said. “We might also do smoothie bowls and juices that fit into our food values of fresh, made from scratch, the best produce, and local and organic where possible.”

The current store is 3,500 square feet, and there will be an additional 2,500 after the expansion, Cognetti said. Cognetti hopes to open the new space by early 2022.

Caravia, which opened in 2004, did another expansion project about five years ago when it took over the back half of Tobacco King on the opposite side of the storefront, he said.

“It’s wonderful news that at this time with everything going on in the country that a business like that is able to expand,” O’Neill said.

Linette Jordan of Waverly Twp. enjoys the convenience of picking up a quality meal close to home and looks forward to the new offerings.

“I probably come here once a week,” she said. “It’s just the ease of running in there and grabbing something great for dinner. I think it’s a great idea.”