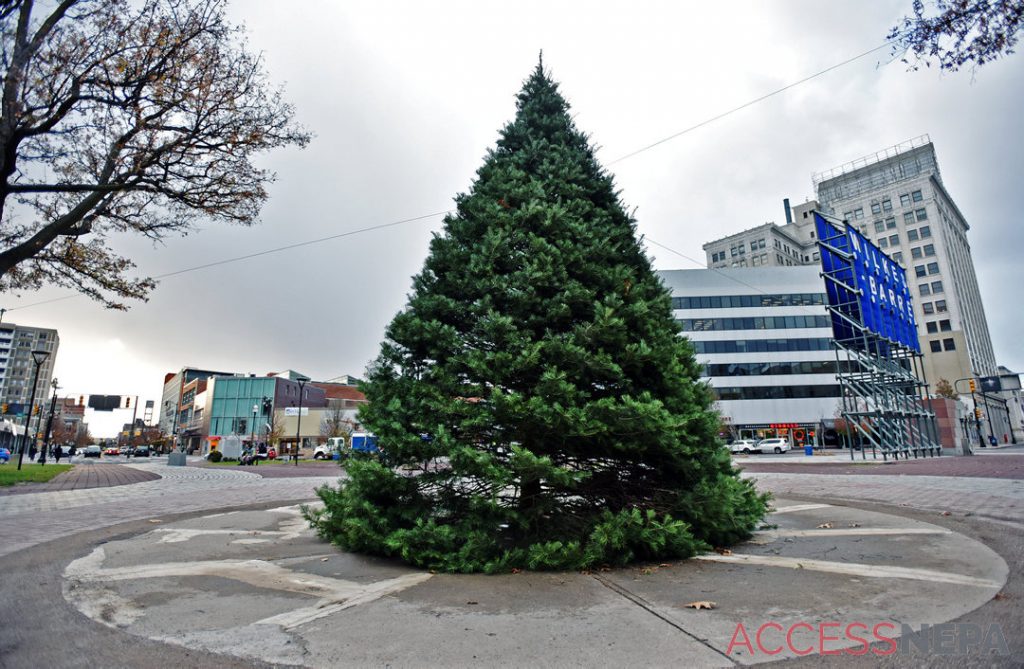 Wilkes-Barre city workers are busy decorating for the holidays this week.

Department of Public Works employees erected the city Christmas tree on Monday and hung wreaths on light poles along Public Square on Tuesday.

Director of Operations Butch Frati said workers will string lights on the Christmas, a concolor fir, on Wednesday.

DPW employees also will begin stringing lights on the deciduous trees in planters along the square on Wednesday as well, and that will continue through Thursday and possibly Friday.

“I think people need to see something festive,” Frati said.

The fir tree was donated by downtown business Letts Eat — Flavors of India on South Main Street and will be lit by Aleeza and Khushi Syed on behalf of the restaurant. It was purchased from Helen and Ed’s Tree Farm in the Wapwallopen section of Conyngham Twp., according to Patty Hughes, special events coordinator.

City Administrator Charlie McCormick said there will be a tree lighting ceremony on Public Square as well as a Christmas parade this year, but they will have an alternate format because of conronavirus pandemic social distancing guidelines. 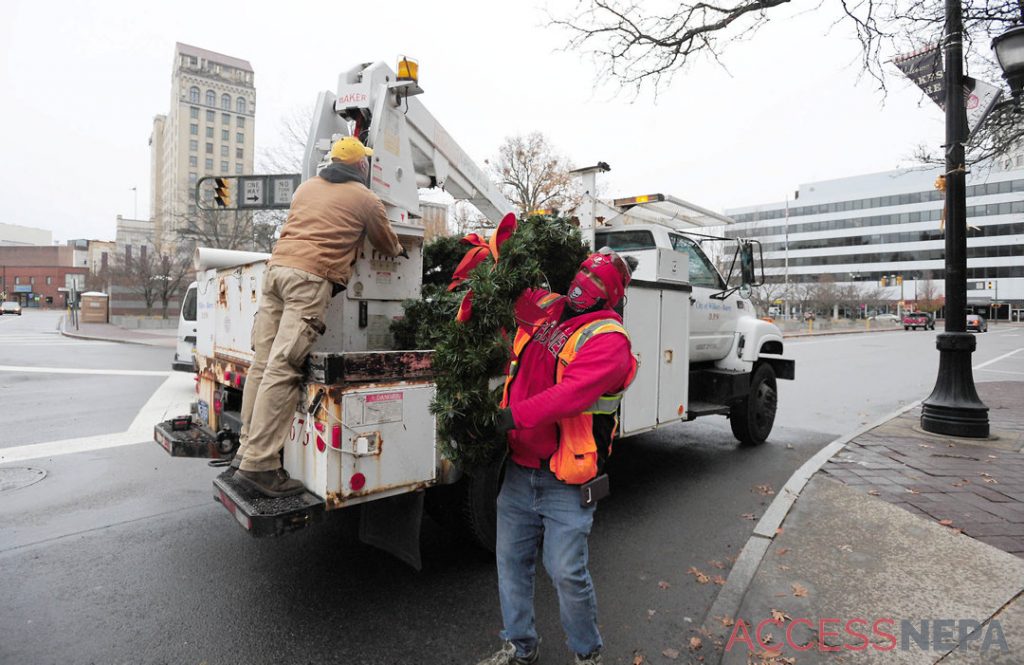 The Christmas parade likely will be “along the lines of the (Wyoming Valley) Veterans Day Parade,” which featured plenty of emergency vehicles such as police cars and fire engines, but no marchers, McCormick said.

McCormick said Santa Claus “absolutely” will be part of the parade.

Tyler Ryan, executive assistant to Mayor George Brown, said she expected to release details on the parade and tree lighting on Wednesday.