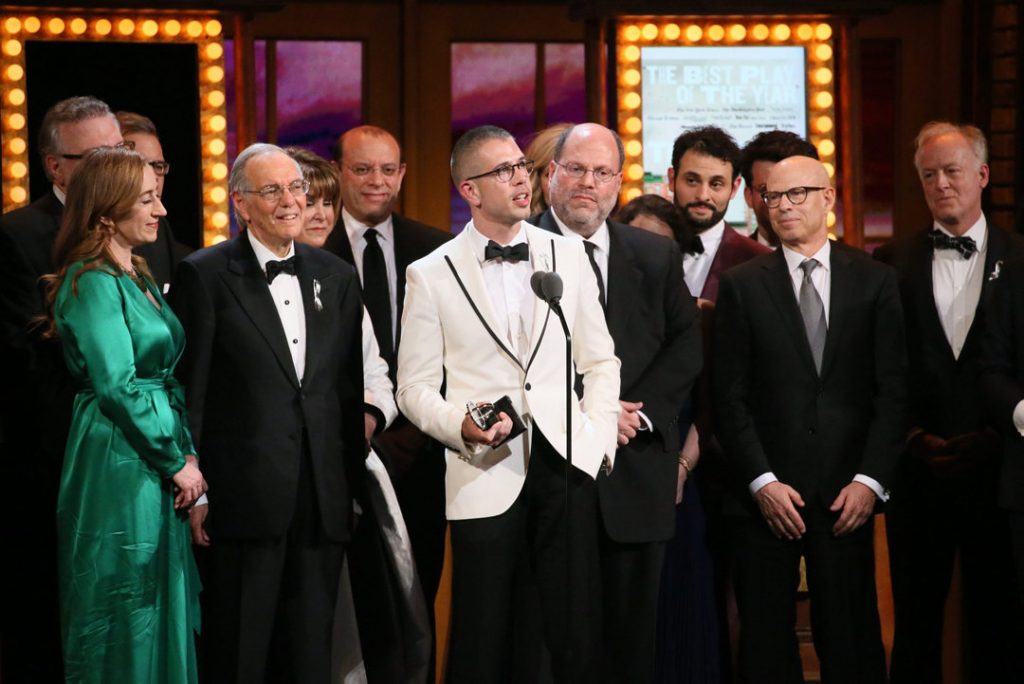 The reviews are in for Scranton native Stephen Karam’s film adaptation of his Tony Award-winning play, “The Humans.”

Karam wrote and directed the film, which premiered Sunday during the Toronto International Film Festival, one of the entertainment industry’s premiere festivals and historically a launching pad for Oscar contenders. The film focuses on a Scranton family celebrating Thanksgiving in New York City and the tensions that come up during the gathering.

In his review of the film, Variety’s Peter Debruge called “The Humans” one of his favorite works of art to result from 9/11, adding that it “acknowledges how the (World Trade Center) attacks transformed the city, how conservative, small-town parents already nervous about letting their kids leave the nest for New York were given reason to fear the worst, and how a generation of strong-willed survivors refused to let their dreams be derailed on account of it.”

“I’ll admit that Karam’s camera strays down one too many empty hallways for my taste, but I love the patience with which he lets things unfold, the respect he shows this family, and the way these characters don’t feel like characters at all, but real people — fellow humans,” Debruge wrote.

The son of Albert and Marie Karam, Stephen Karam grew up in the city’s Green Ridge section and graduated from Scranton High School and Brown University. He adapted “The Humans” from his play of the same name, which won Tony awards in 2016 for best play, best performance by a featured actor in a play (Reed Birney), best performance by a featured actress in a play (Jayne Houdyshell) and best scenic design of a play. Karam also was a finalist for the Pulitzer Prize for drama but lost to Lin-Manuel Miranda and “Hamilton.”

Here’s what other reviewers had to say about the movie:

Brian Tallerico, RogerEbert.com: ”Karam makes his directorial debut, and it feels like that was probably a mistake as a veteran could have figured out how to open up this work in a way that felt more cinematic and less precious with the material. … (Karam) keeps everything at a distance, refusing to play melodrama but forgetting to really play any drama at all. It’s all such subdued material, the kind of thing that might have worked in the quiet of a theater but refuses to meet audiences halfway in a movie.”

David Ehrlich, Indie Wire: ”(T)he biggest shock of all might be that Stephen Karam’s debut feature is so conventionally scary in the first place. … Karam’s aim is more precise when it comes to the strangeness of family, and the unsolvable embarrassment of belonging to the same people you dread losing the most. Beyond the occasional jump-scare to lighten things up, the first half of ‘The Humans’ is almost as ghoulish as watching someone watch you spend an afternoon with your own family, and considerably more arch. … ‘The Humans’ grows stronger as it migrates from mind to body — day to night, talky drama to outright horror.”

Kevin Fallon, The Daily Beast: ”(S)everal critics commiserated over how deep into their seats they were forced to burrow as the film stalked and itched its way through its running time(.) … That intensity is a credit to the atmosphere Karam infused into his screen translation, a foreboding sense that there are harrowing circumstances one can’t escape from or even wish away with complacence and acceptance. … But all of that circulates a script and characters that prove to be a searing example of the ways in which the practical circumstances of life, family, class, and existence are just as haunting.”

Benjamin Lee, The Guardian: ”Karam’s intimate, increasingly oppressive drama is a marvel, … a rare stage-to-screen journey that feels worth the mileage. … His camera never settles for the bare point-and-shoot minimum that so many similar films would have been content with and instead, we’re forever exploring the intricacies of a small one-location setting, finding more depth and character within every frame.”

Frank Scheck, The Hollywood Reporter: “(F)or all its lack of overt narrative drama, the film is a remarkably insightful and powerful portrait of the human condition. Receiving its world premiere at the Toronto Film Festival, it should be a major contender at awards time. … From the very beginning, writer-director Karam creates, sometimes subtly and sometimes not, an atmosphere of pervasive dread.”

Richard Lawson: Vanity Fair: “Amid all this existential dread, Karam manages many moments of keenly observed humor. … The most arresting thing about ‘The Humans’ is how it blends its discursive verité with the interruptions of haunted-house terror.”