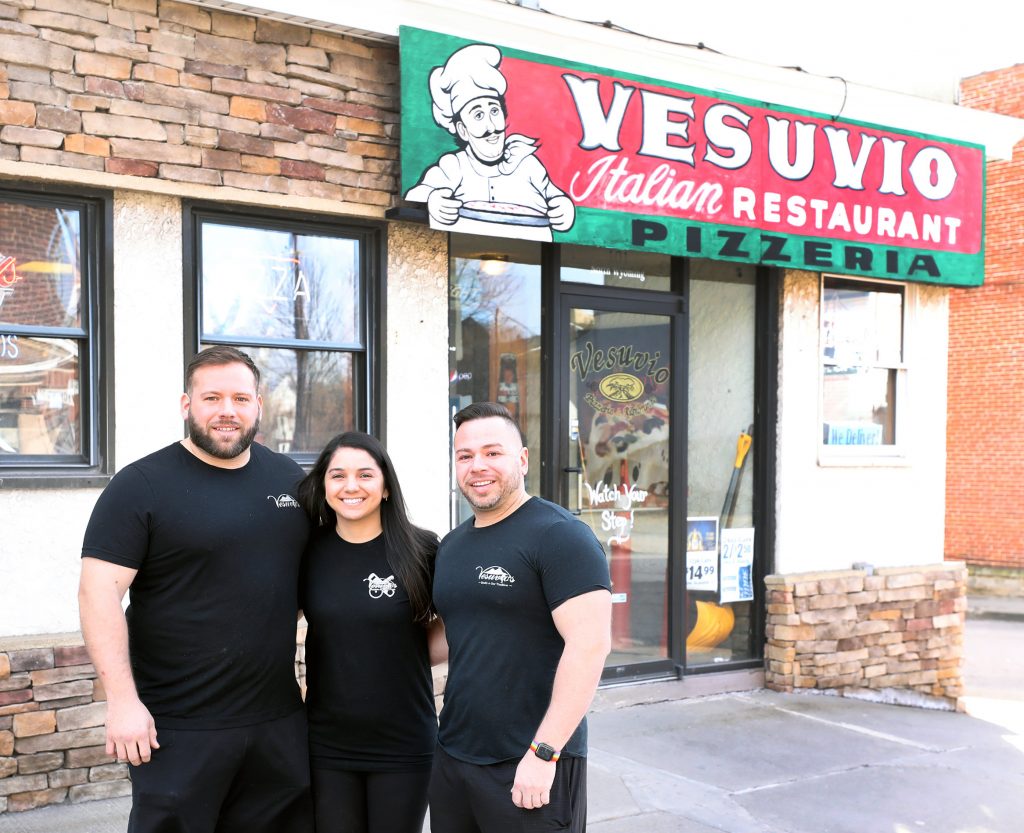 A long-time family-owned and run business in Hazleton will be staying in the family.

Vesuvio Pizzeria & Ristorante on North Wyoming Street is being purchased by siblings Donald and Jimmy Sabatino, and Jenna Renaud, whose grandparents, and then mother and aunts, owned the business. The siblings also have Vesuvio restaurants in Drums and Wilkes-Barre.

The young couple moved to California during the 1980s, but the family returned in the 1990s, and Donald and Jimmy began working alongside their grandparents, the late Renato and Filippa Castagliola, in the restaurant.

The Castagliolas’ wedding picture proudly hangs in the restaurant’s dining room along with other enlarged family photographs and historical photos of the Hazleton area.

“My family bought this building three times,” Jimmy Sabatino said with a laugh, noting that it was mix of his father’s and mother’s family over the years.

The siblings grew up in the business, learning from their grandparents, and later, with their mother, opened the Drums and Wilkes-Barre locations of the same name, causing a rift in the family. A lawsuit started by three of the second-generation owners was eventually dropped, and it was a real learning experience for the young owners, Sabatino said. 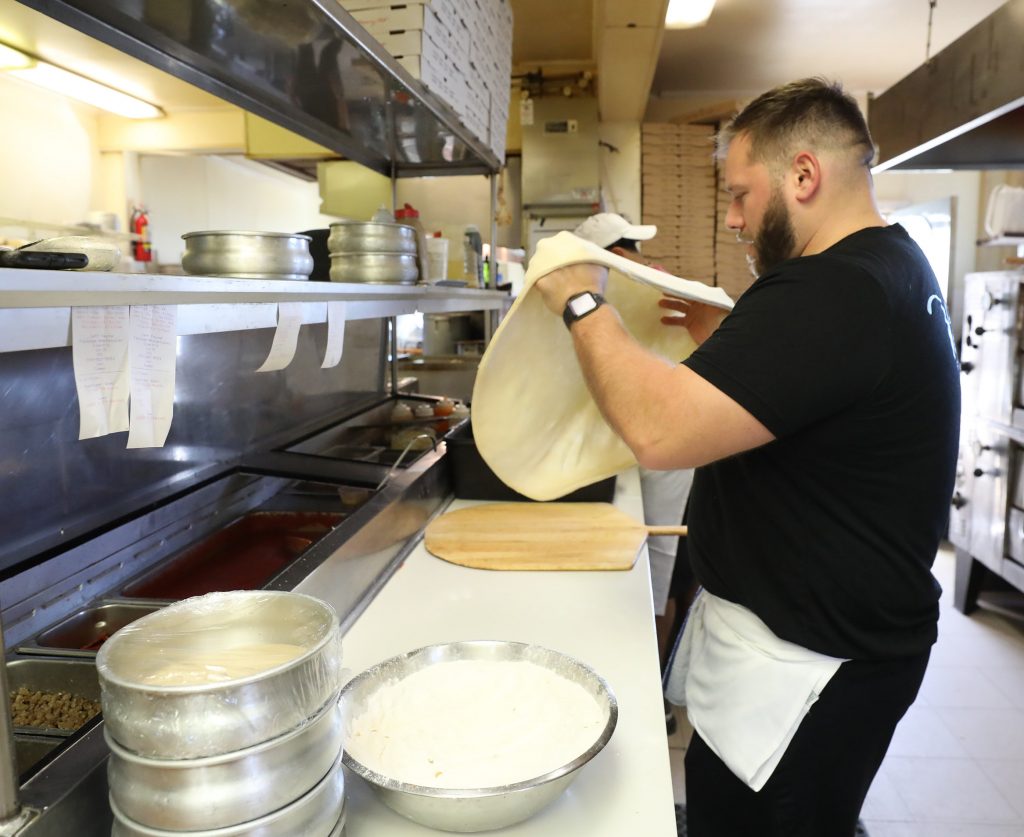 WARREN RUDA / STAFF PHOTOGRAPHER
Vesuvio Pizzeria & Ristorante on North Wyoming Street is being purchased by siblings Donald and Jimmy Sabatino, and Jenna Renaud, whose grandparents, and then mother and aunts, owned the business. The siblings also have Vesuvio restaurants in Drums and Wilkes-Barre. Donald works on an order at the Hazleton location.

He was happy and grateful that his aunts offered the Hazleton business to them when it came time to sell, allowing the siblings to remain a part of their grandparents’ legacy and part of the city’s history, he said.

The transition isn’t yet complete, but should be by the end of February, as the family is working to have the restaurant’s state liquor license transferred. Most of the main staff remained, and staff at both the Hazleton and Drums locations are being cross-trained in the restaurants’ operations to ensure consistency, Sabatino said.

“We have great staff and managers behind us,” he said.

Down the road, the family hopes to try some new things, while keeping the mainstays that made the business so successful for so many years, Sabatino said.

Draft beer may be brought back in, adding to the existing bar and bottle offerings, and large screen televisions have been installed for those who want to watch a sporting or other event when out for dinner or drinks, he said.

Sabatino’s brother acquired the shuffleboard table from Hazleton’s Battered Mug bar and restaurant, which closed last year, and hope to install it in the Hazleton bar area and possibly start up leagues again. It’s another way of preserving the city’s history, he said.

The siblings may try staying open seven days a week or adjusting the operating hours, and will likely introduce a bar menu with more burgers, fries and bar snacks, Sabatino said.

They’d also like to be on the forefront of dispelling rumors about Wyoming Street, a location and community that the family is proud to be part of, he said. They’d even like to bring back some of the restaurant’s former glory, when people crowded in after games and stood outside waiting to get in.

“We’re not afraid of all the rumors that fly around about Wyoming Street,” Sabatino said. “We’re proud to be on Wyoming Street and we want to bring the community back.”

The business still does a great lunch trade, and factory orders keep them hopping, he said. Staff came in early Wednesday morning just to put out a large order, and they hope to continue to accommodate their customers that way.

“The business is still doing well and has the potential to do even better,” Sabatino said. “We’ll still be a pizza hangout, and we want everyone to come in and feel the nostalgia.”