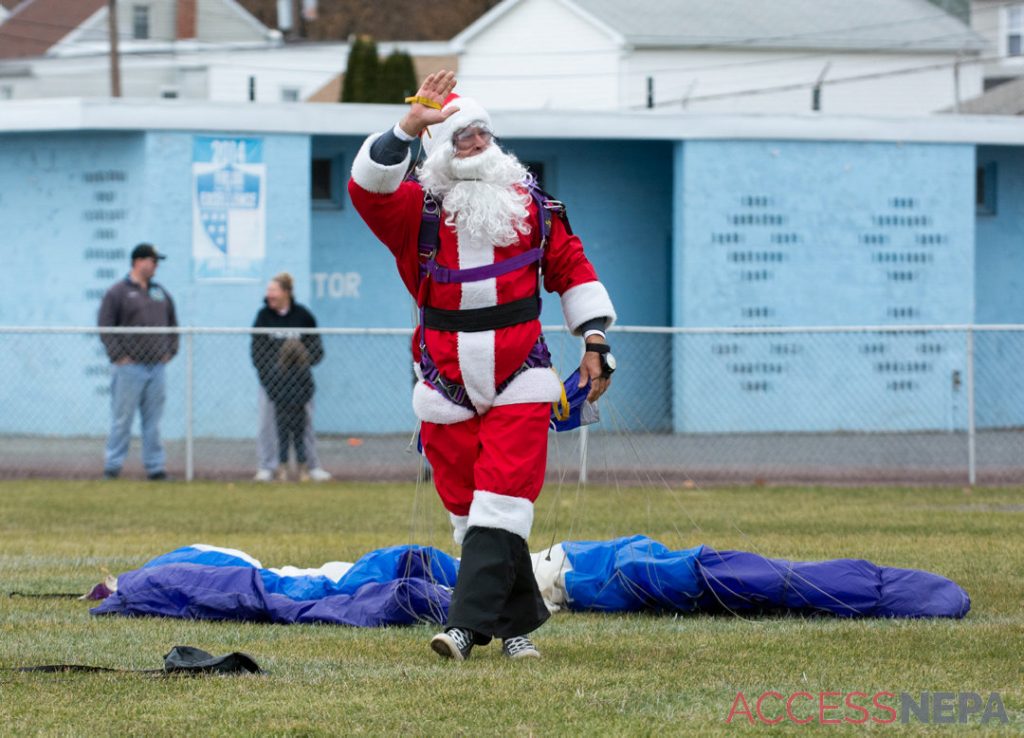 SHENANDOAH — Santa Claus is trading in his parachute and airplane for a fire truck for his annual visit to the borough this year.

The Skydiving Santa event on the Friday after Thanksgiving Day has been canceled due to the pandemic and rising COVID-19 cases in Schuylkill County, and a parade that will be spread out over a large part of the borough to enhance social distancing is planned in its place.

Ateeco Inc., maker of Mrs. T’s Pierogies, has been the sponsor of Santa arriving from the air to a large crowd at Veterans Memorial Stadium. This year would have been the 14th time for the event since it was revived by Ateeco President Thomas Twardzik from a tradition that ended more than 25 years ago.

The pandemic has also canceled Downtown Shenandoah Inc.’s A Coal Cracker Christmas, an event held downtown on the evening of the skydiving event.

However, Ateeco and DSI have adapted to still “bring the Christmas magic to Shenandoah” through the parade.

The decorated Polish American Fire Company’s antique fire truck will roll out with Santa at 1 p.m., along with borough police and fire departments. The extended parade route will start on East Washington Street, turn onto Main Street and then Cherry, Vine, Centre, Emerick and Coal streets and Stadium Road.

As a new addition this year, Mrs. T’s and DSI announced the installation of a Christmas Village next to DSI’s office in Veterans Memorial Park, 116 N. Main St., next to the American Legion Anthony P. Damato “Medal of Honor” Post 792. Along with Christmas music and decor, a magical mailbox will be set up for children to drop off their letters to Santa. Those who include a return address will receive a postcard back from Santa. Letters can be dropped off at the Christmas Village between Nov. 27 and Dec. 22. 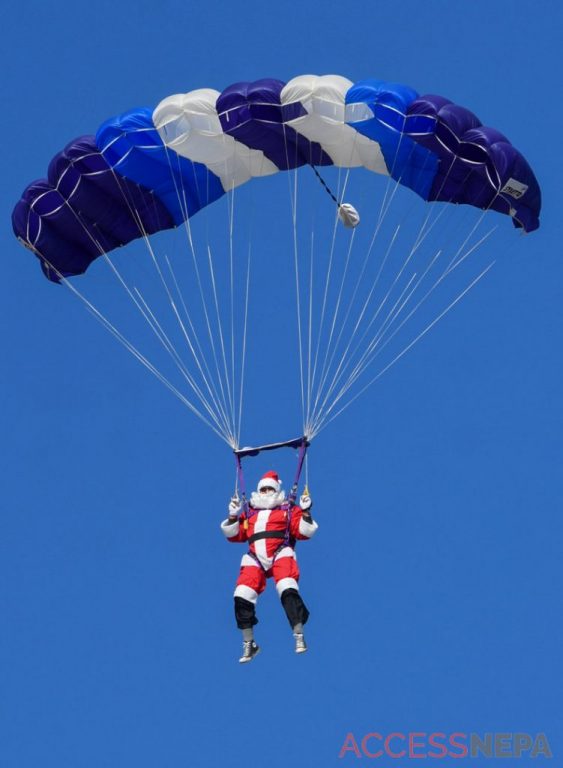 “We are excited to work with DSI to welcome Santa, and the Christmas season, to Shenandoah safely,” Ateeco Assistant Public Relations Manager Meghan Heim said. “This year has required a lot of events to pivot, and we hope that our adjusted plan will still help local families create happy Christmas memories.”

“We would like to thank Mrs. T’s for all it is doing to make Christmas magical,” DSI Executive Director/Main Street Manager Mary Luscavage said. “We are very happy to partner with Mrs. T’s to make Christmas come to Shenandoah in a different but awesome way.”

Luscavage said the Christmas Village, which is being provided by Ateeco, will include inflatables, a snow globe, Santa House and snowmen.

She said the decorations will be inflated from about 7 a.m. to 10 p.m., though there are no activities otherwise in the evening.

“We couldn’t have the horse-drawn trolley because we could only put five on the trolley at one time because of social distancing,” Luscavage said about canceling the evening celebration. “We’re doing nothing at night. We will be here with Mrs. T’s during the day to see to everything.”