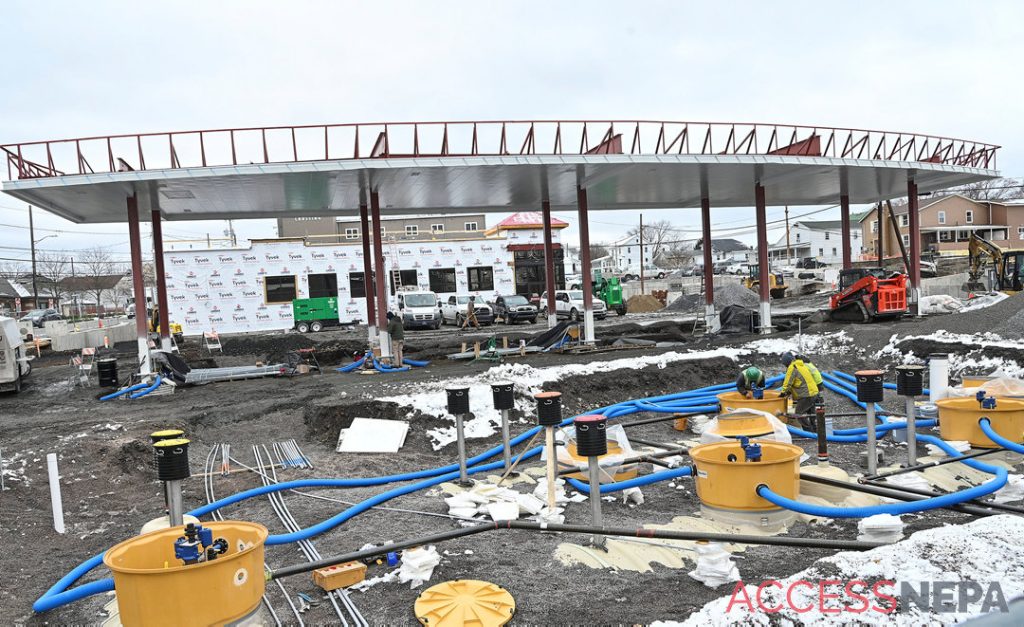 A new Sheetz convenience store may open in Taylor in a matter of months.

Construction of the 4,900-square-foot facility at 114 S. Main St. is underway, and the store is tentatively scheduled to open in the spring, said Sheetz PR Manager Nick Ruffner.

Sheetz is leasing the space from Gaughan Auto Store, which is moving one of its locations across the street, co-owner James Gaughan said.

The majority of cars are on display at the company’s other Taylor location, 315 S. Keyser Ave., which has a larger lot, but Gaughan felt it was important to continue the more than 30-year tradition of having a presence on Main Street.

Gaughan said work at the South Main Street Auto Store location is expected to be completed by March or April.

Council voted to rezone parcels at 108 and 110-112 Middle St. as well as 109 and 111 Union St. from R-2 residential to C-2 commercial, folding those residential parcels in with the adjacent commercial zone.

“The building is up and they’re working on the interior,” he said.

According to Zeleniak, Sheetz plans to widen the south side of Union Street and also South Main Street coming into Davis Street as part of the project.

He said the new store will be a positive addition to the borough.

“It will be a good, convenient location for the townsfolk and people driving through to get the services they need,” Zeleniak said. “Sheetz has a good reputation and good food.”

D.P. Dough opens in downtown Wilkes-Barre
Fine Arts Fiesta to go on in May
With no all-star game mean, RailRiders get two more games
Pocono Raceway excited for fans to return to track