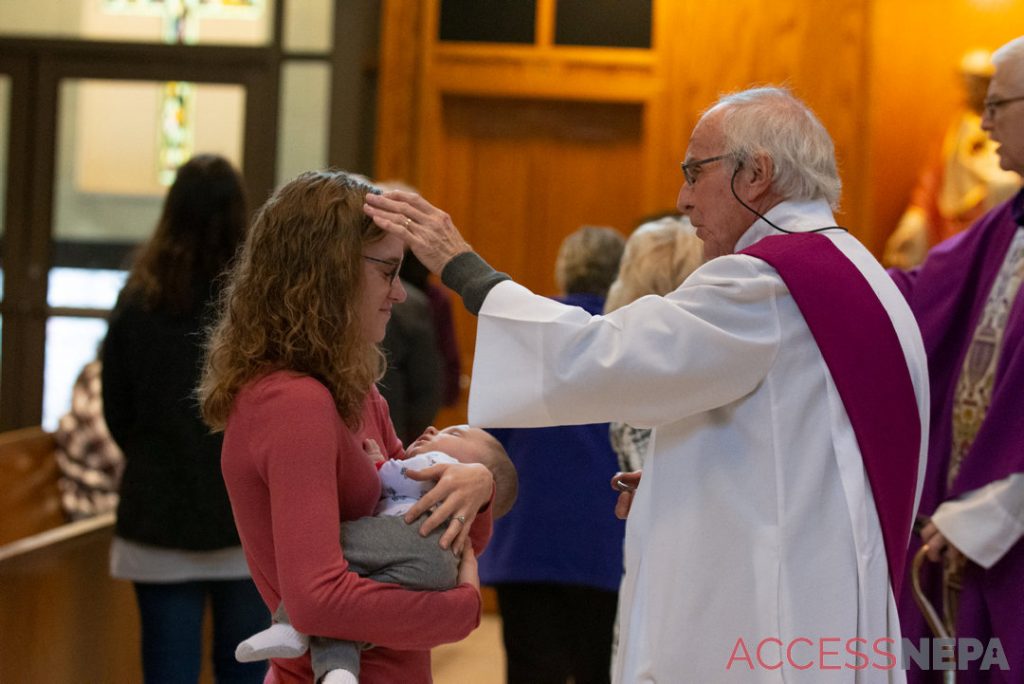 Schuylkill County churches will offer several new options for the imposition of ashes as the start of Lent arrives amid a pandemic.

Lent, or the Great Fast, began Monday for Eastern Rite Catholics and begins on Ash Wednesday for most other denominations. The Lenten season ends with Easter Sunday, April 4.

Catholics and some Protestant denominations impose ashes, while others hold prayer services without ashes.

The Rev. Laura Csellak, pastor of Christ’s United Lutheran Church near Gordon, will have services at noon and 7 p.m. Wednesday, the latter including Holy Communion and music.

“We will have the imposition of ashes with Q-tips at both services,” she said, noting an option that limits contact.

Csellak said that copies were made of “What Lent Means to Us” and “Ideas for Ash Wednesday” from the Evangelical Lutheran Church in America.

Good Shepherd Lutheran Church in Ashland will conduct “drive-thru” Ash Wednesday distributions of packets of ashes from noon to 1 p.m. and 7 to 8 p.m. in the parking lot behind the church.

“I initially was going to do a Q-tip, and then I saw the packets were available through a site called ‘Old Lutheran,’ ” said the Rev. Dana Heckman-Beil, pastor. “I’ll hand one packet per family per car, or they can walk up, and you can add oil to the ashes.

“I was trying to think of a way that people could get the ashes because it’s personal when you put ashes on someone’s forehead. Our bishop was encouraging us to do something that we feel comfortable with.”

Beil said an Ash Wednesday service of about 20 minutes was recorded on Monday and will be on the church Facebook page beginning Wednesday.

Something similar will be done Wednesday at Trinity Episcopal Church in Pottsville. “Ash in a Flash,” according to Trinity’s Facebook page, will involve the imposition of ashes starting at 9 a.m. at the Chapel of the Resurrection in Baber Cemetery. Participants should drive in the Market Street entrance to the front of the chapel. People will be required to stay in their vehicles for the imposition of ashes and prayer.

For Catholic churches, the Diocese of Allentown explained that the Vatican has asked priests around the world to sprinkle ashes on the heads of the faithful rather than using the ashes to make the sign of the cross on foreheads. Another option is the use of a cotton swab or cotton ball on the forehead, after which the priest will discard the two implements.

“The priest has the option to choose how to distribute, and how the priest chooses will be for everyone at the Mass,” said Diocesan Communications Director Paul Wirth.

“If he doesn’t want to sprinkle the ashes, he can use either a cotton swab or cotton ball to put the ashes on somebody.”

In addition, the celebrant will say “Repent, and believe in the Gospel” or “Remember that you are dust, and to dust you shall return” only once, before the distribution of ashes, to minimize speaking near each person.

“So those two things are intended for safety purposes,” said Wirth.

“I know that is unusual,” he said. “But, we’re going to do it out of an abundance of precaution. I’ll explain it to the people why we’re doing it.”

St. Patrick Roman Catholic Church in Pottsville has 8 a.m., noon and 6:30 p.m. Masses planned that will include the imposition of ashes using Q-Tips.

“The bishop gave permission to do that, so we decided to do that because the people are more familiar with that than with the sprinkling of the ashes, which I knew is done in some parts of the world,” said Monsignor Edward J. O’Connor, pastor. “So, using the Q-tips will be more traditional in the way we do it here.”