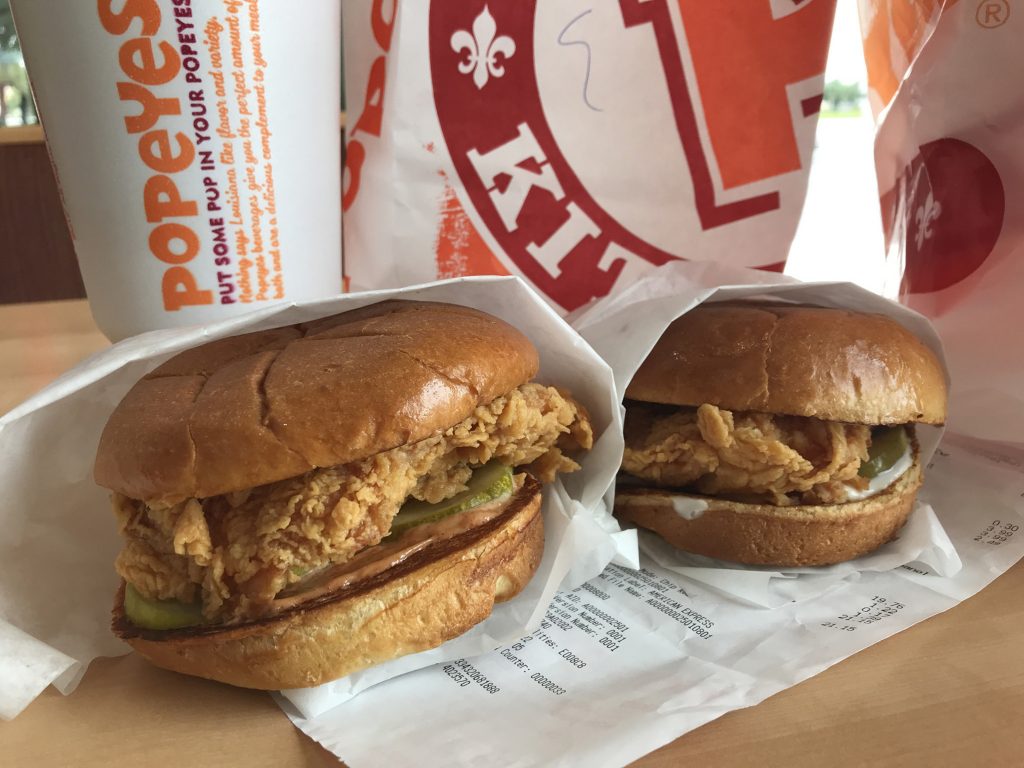 Say goodbye to these food and drink trends in 2020

In late August, when Popeyes was selling about 1,000 sandwiches per store per day, it didn’t seem like there were more than three words — “fried chicken sandwich” — in America’s culinary lexicon.

And yet when some of the country’s top food and drink professionals were polled on what they’re most eager to say good-bye to in 2020, that came up only once. No matter how ubiquitous these crunchy, salty sammies are, we’re not tired of them quite yet! (And, let’s be honest, even if every food professional screamed for a moratorium, fried chicken sandwiches aren’t going anywhere in 2020, thanks to McDonald’s Corp.)

Instead, when we asked what leading chefs and bartenders would like to leave behind in 2019, these experts griped about an array of dishes, spirits, products and people — from Fred Flintstone-size steaks to flavored whiskey to the Turkish butcher Nusret Gökçe (aka Salt Bae).

We imagine you’ll agree with many of the complaints — but some, like “carbonara,” might surprise you. Wish these food pros luck as they endeavor to change the conversation in the new year.

Here they are, the Worst Food and Drink Trends From 2019, from the mouths of chefs and bartenders:

“Time to say goodbye to cauliflower (pizza) crusts. They’re not really tasty, and the texture is awfully chewy. Farewell to everything açaí: It’s usually put together in a mediocre way, and it’s so overpriced. Bye to activated charcoal — contrary to popular belief, it’s counterproductive for our digestion. Goodbye to truffle oils. The majority are imitations and made with bad chemicals.” — Gabriel Kreuther, owner and chef at Gabriel Kreuther in New York

“I’d love to see the grain bowl trend take a backseat for 2020. Nothing against the dish itself, but it’s gotten to the point that I see them in restaurants where it doesn’t even make sense. Like, if you post up at the raw bar, there shouldn’t have to be a grain bowl option on the menu just to check that box.” — A.J. Walker, chef at Café Cancale in Chicago

“I want to say bye to high-carb and high-dairy-focused diets and diets that rely on red meat. They’re too heavy and high in fat and cholesterol. More plant-based foods, more dishes that are high in omega-3s. They’re better for digestion, and everyone will thank me.” — Sung Park, chef at Ivy Lane, New York

“I’m most looking forward to the end of the trend of ‘cave man-size’ cuts of meat. Those large cuts are not environmentally friendly, not healthy, and just wasteful.” — Justin Houghtaling, chef de cuisine of Amity & Commerce in the Mandarin Oriental, Washington, D.C. 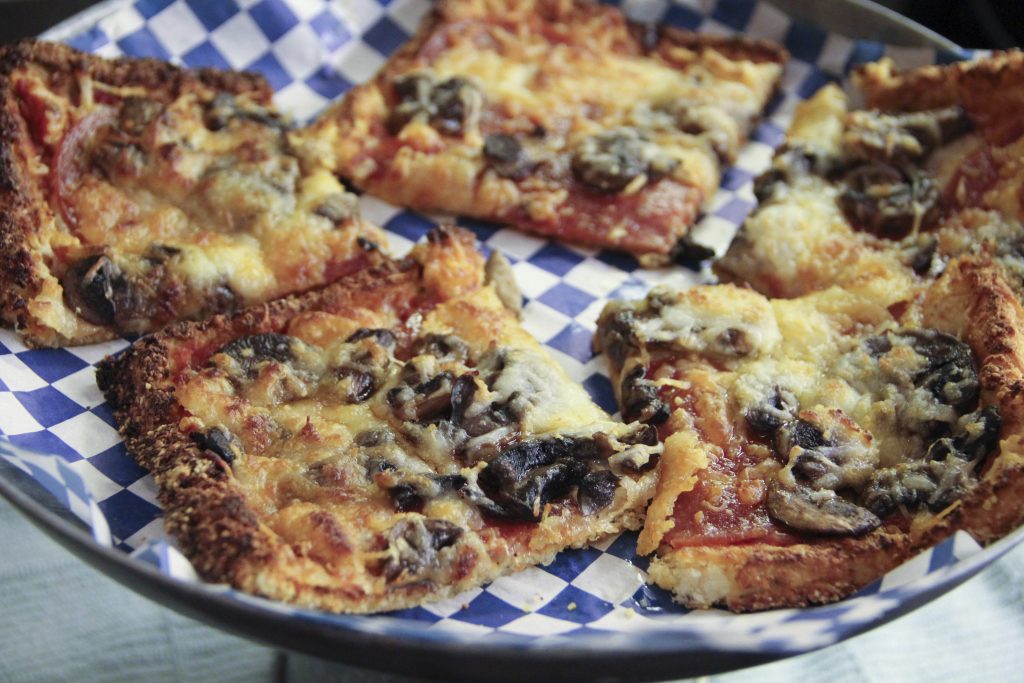 MELISSA D’ARABIAN VIA ASSOCIATED PRESS
Pizza made with a cauliflower crust is one trend the food industry hopes might be on its way out.

“See you later Salt Bae. Because unless you’re in the middle of the Sahara desert, there is no reason to wear sunglasses while you’re salting your meat.” — Jim Lahey, owner of Sullivan Street Bakery in New York

“Poke and fried chicken sandwiches. Chicken sandwiches have become marketing strategies for Popeyes and Chick-fil-A. Poke in Hawaii is amazing, because they have very fresh tuna from local fisherman. Most of poke anywhere else is frozen, precut tuna or low-quality fish.” — Manabu Horiuchi, chef at Kata Robata in Houston

“I’m glad to see over-the-top, super overdone beer go. Like the superbitter IPAs that taste like three-month-old bong water. Or the beers with crazy off-the-wall ingredients and flavors.” — Patrick Feges, owner of Feges BBQ in Houston

“I say good riddance to flavored whiskies. While there’ve been some really cool spirits that have been released in the last half-decade, we’ve hit critical mass with flavors like cinnamon, apple, honey, vanilla, peach, strawberry, and now even peanut butter. I’d also like to see more mixologists creating fun experiences for guests. There’s been a tendency for mixologists to take themselves too seriously, and I’d be eager to see some of that go away.” — Marshall Altier, corporate mixologist for MGM Resorts International in Las Vegas

“Leave behind the intentionally confusing and obtuse menu descriptors. It’s a shame that so many bartenders (and chefs) feel the need to write deliberately pretentious verbiage to seem more serious. As the food writer Pete Wells once said, ‘a good menu should answer more questions than it creates.’ A guest shouldn’t need a doctorate in chemistry to order with confidence. If the drink has a pinch of sea salt, just say it has a pinch of sea salt. Don’t gussy it up by listing the ingredient as “dehydrated saline solution of oceanic origin.” All you’re doing is confusing people and slowing down service, while at the same time making yourself look like an egotistical maniac.” — Erick Castro, co-founder of Polite Provisions in San Diego

“I hope the celebrity tequila trend ends. I’d prefer to recognize and give thanks to the hard-working jimadores, as they’re the ones who make such great efforts and allow us all to enjoy great tequila.” — Maurice DiMarino, wine and beverage director of Cohn Restaurant Group in San Diego 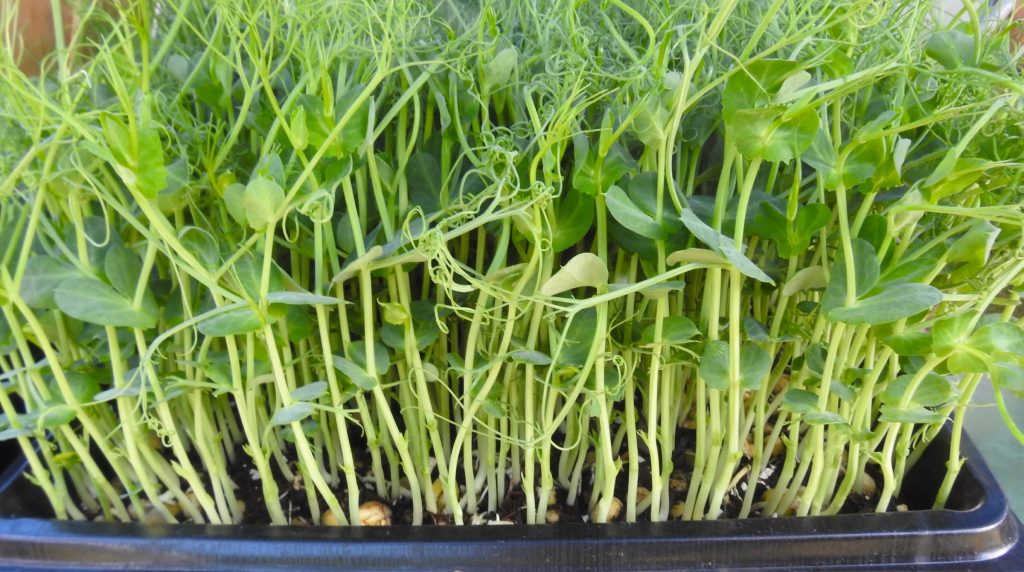 DEAN FOSDICK VIA ASSOCIATED PRESS
Microgreens are usually larger than sprouts, are grown in soil rather than water for more taste and nutrient quality, and have produced their first growth of tiny leaves that haven’t appeared yet on sprouts.

“I want to see weird versions of ‘carbonara’ disappear. I want chicken liver toasts with fruit compotes to stop. Steak tartare variations could kindly show themselves out. Little gems salads. We get it.” — Brian Bornemann, executive chef at Michael’s Santa Monica in Santa Monica, Calif.

“I’d like to see the trend of microgreens go away, especially cilantro. Dumping a pile of microgreens on a dish doesn’t improve it. It’s time to move on.” — John DePierro, chef at the Banty Rooster in New York

“I’m thinking that dishes like crudo and ceviche won’t be so frequently eaten in 2020. I also think that overdone plating and single-ingredient layering will stay behind, for example, using a carrot seven different ways, exaggerated use of a technique, and overdone, showy plating.” — Matt Danko, executive chef of City Mouse at Ace Hotel Chicago

“I think dessert-wise, the microwave sponge cakes have got to go. They look pretty, but taste like nothing. In regards to savory food, I loathe the ‘impossible’ line of plant-based meat substitutes. As a vegetarian, I don’t want a veggie burger that tastes like a cow. That’s why I’m a vegetarian.” — Nicole Guini, pastry chef at Blackbird in Chicago

“I’m hoping the plants-hanging-from-the-ceiling design is on its way out. It’s overdone, and it feels odd to sit underneath plants while you’re eating dinner.” — Neal Fraser, chef and owner at Redbird in Los Angeles

The stuff we can all agree on

“I would love to see CBD-infused everything be left behind in 2019. I am on board with CBD supplements, pills, oils, etc. when it’s part of a daily regimen, but not so much when it’s a hyped-up ingredient in a cocktail.” — Peter Lipson, chef at La Ventura in New York

“Food halls. A huge component of dining is the ambiance and experience, and food halls don’t do justice to that. Instead, diners are subject to this homogeneous dining atmosphere. I totally understand the need for quick, quality food on the go. But you don’t get the full, 360-immersive touches of a traditional restaurant and its heart and soul.” — Erika Chan, executive pastry chef at The Publican in Chicago

“Sad to say, but the phrase “farm to table” has lost its meaning. It’s time for a new term to emerge about why we care where our food comes from. Also, time for the end of reclaimed wood as restaurant furniture — you don’t know where it’s really been. And enough with denim aprons and uniforms.” — Eric Arill, chef at Doi Moi in Washington, D.C.

“I’m excited to see the whole snout-to-tail concept fade away in 2020. I think it’s a bit presumptuous to think that diners will eat certain parts of an animal.” — Nick Accardi, chef and owner of Tavolino in New York

“2020 will be the year we’ll say goodbye to food preferences sold as allergies. Hopefully, to meals sent out “as ready” with no thought to appropriate coursing as well. Also, foresee less cannabis tasting menus in the coming year.” — Lincoln Carson, chef and owner at Bon Temps in Los Angeles

“A trend that should stay behind in 2019 is food created solely for Instagram. While I love beautiful photos of food, social media has pushed people to value the look of a dish over the taste and quality.” — Todd Mitgang, executive chef at TacoVision in New York