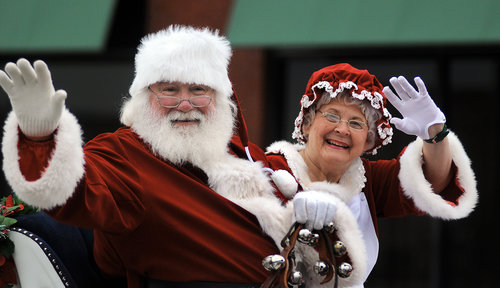 The big man’s helpers are making plans for Christmas in July, and it can only mean one thing: Santa Claus is coming back to town.

After the COVID-19 pandemic forced organizers to cancel the 2020 event, the Santa Parade will return to downtown Scranton in 2021 to kick off the holiday season.

The parade is set for Nov. 20, which is the Saturday before Thanksgiving, said Santa Parade board member Thomas A. Fritz, who handles public relations for the event. It will step off at 9 a.m.

“Everybody kids us that it is always too early, but the next weekend is Black Friday, so it’s as late as we can put it to usher in the season,” Fritz said. “And that’s what we do. We bring Santa to town, and it tells everyone that it’s Christmastime.”

Although planning is still in its early stages “because we were kind of bottled up most of last year,” the nonprofit parade organization has started reaching out to its sponsors and to groups that participated in the past to invite them to be part of the parade, he said.

After the 2019 parade had more than 2,200 participants — the most in the 27-year history of the event — it was disappointing to have to cancel last year, he said.

This year’s parade will feature the usual bands, dancers, twirlers and other community groups, but organizers also hope to have some surprises, Fritz said.

“We are looking to come back with a bang,” he said. “We are working on a couple of things that are special this year, and we are going to see if we can pull them off. Stay tuned.”

Leslie Collins, executive director of Scranton Tomorrow, said she is thrilled that the parade will return this year and anticipates downtown businesses will react similarly. The event was “greatly missed” in 2020, she said.

“It’s always a great kickoff to the holiday season,” Collins said. “It’s such a feel-good event, and I think right now with where we are in the world we need some feel-good events.”