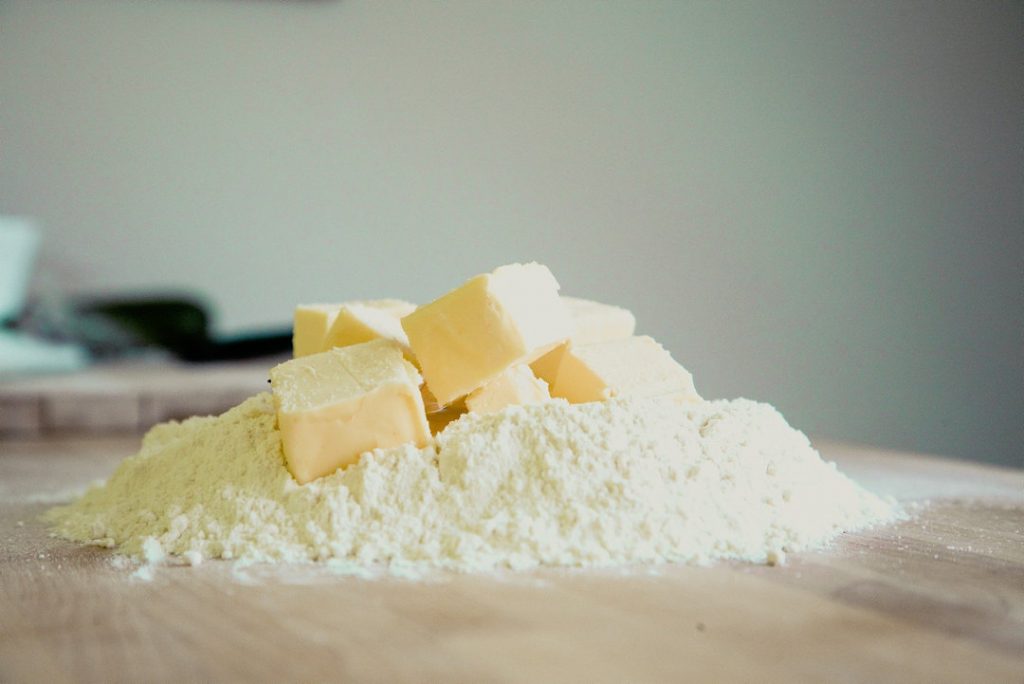 POTTSVILLE — Loretta Mestishen said she had always joked about entering the Pennsylvania Farm Show’s butter sculpture contest, so when the contest went virtual this year, she decided to go for it.

“Who knew that it would take a pandemic to give me the opportunity,” the Pottsville woman said.

Mestishen’s sculpture, called “Commonwealth,” features a mask-wearing man holding a carton of milk surrounded by other Pennsylvania crops, such as mushrooms, apples and eggs. The word “agriculture” is carved into the shape of Pennsylvania.

“I wanted to bring some of the parts of the Farm Show together and some of Pennsylvania,” Mestishen said. “The font that is used is taken from the side of one of the buildings in the Farm Show agriculture complex.

“I wanted to bring that in as a nod to essence of the place where the event is held.”

She also wanted to focus on what the Farm Show is like this year.

“The mask on the figure is a reminder of why we’re going virtual,” Mestishen said. “I was trying to bring some elements together of what exemplified the Farm Show now, and what was happening this year.”

She has a bachelor’s of fine arts degree from Kutztown University and has sculpted before, but this was the first time she had worked with butter.

“It’s not like sculpting clay,” Mestishen said. “You’re using the same techniques, but the butter itself is so different, texturally and how it sticks to itself and sticks to you and the tools.”

Temperature was a challenging factor, as the butter needed to be kept frozen, chilled or softened at different stages in the process.

“I have a lot of respect for the people who do the enormous one at the Farm Show,” Mestishen said. “It’s a lot of work, and it’s a very specific skill.”

She said she spent around eight or nine hours in one day creating the sculpture, which had to be made with under 5 pounds of butter. 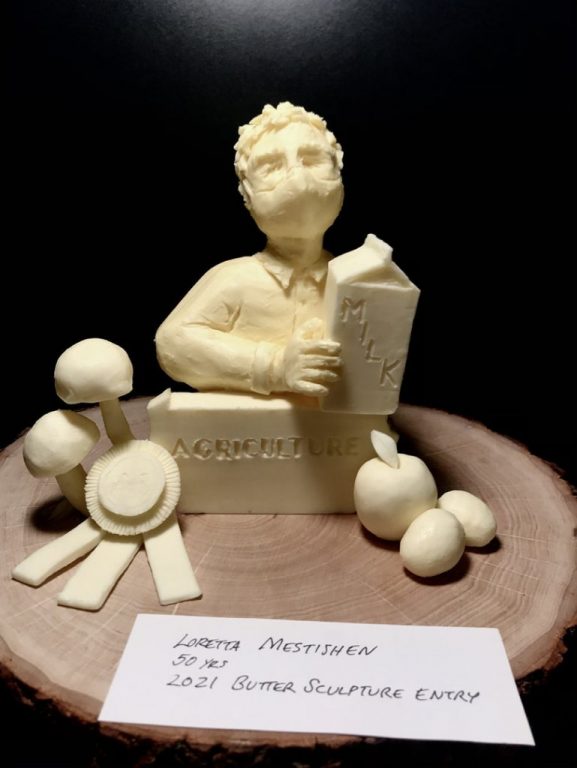 Mestishen recently completed a degree in psychology from Immaculata University and will be starting a new position next month, so she has not had much time for art.

“I’m a mom of a 4-year-old and I’m also a newly minted psychologist,” she said. “I haven’t had a lot of time to make a lot of art, so this was fun in that sense, too, that it was something weird that was a one-off that I could dabble with over a weekend.”

Mestishen is not sure if she’ll have another opportunity to make a butter sculpture, but she was glad she did it.

“I jokingly offered to my friends that if they needed a butter sculpture done for a birthday or wedding, I would break out the carving tools,” she said. “I’m glad I got the opportunity to do it. They had a lot of great entries, so it was nice to see that many people participating.”

More than 130 people entered the Butter Up! contest. The winner was 7-year-old Emily Bentzen of Franklin County, whose prize-winning butter bunny is on the Farm Show’s Facebook page.