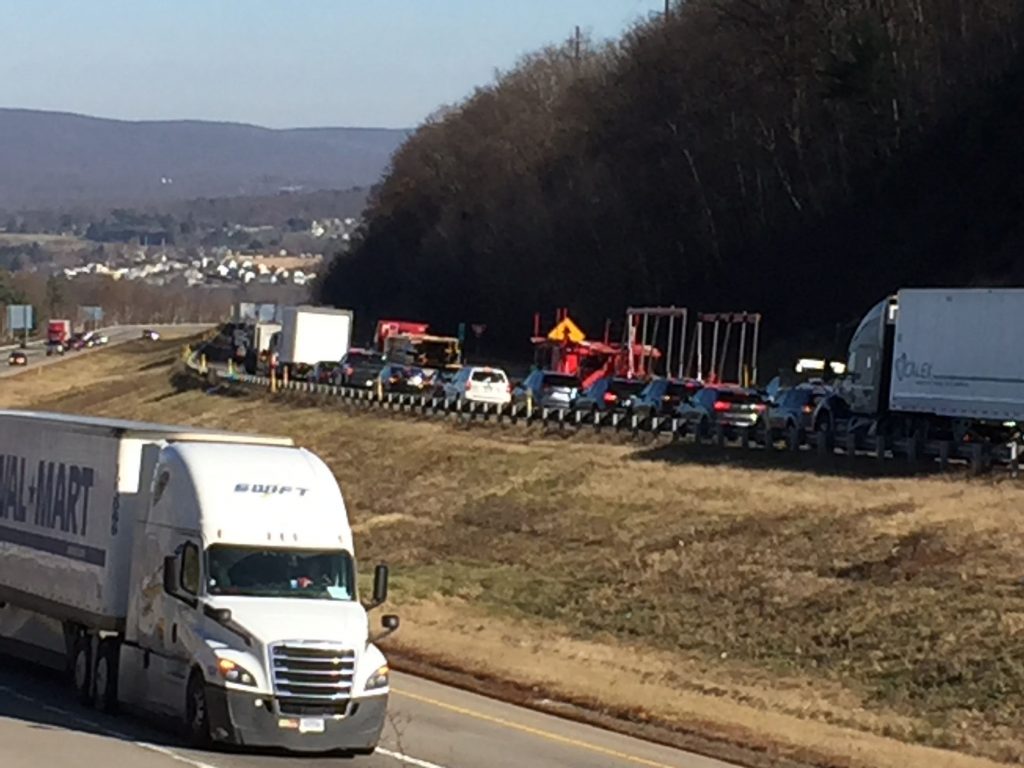 Travelers are urged to pack some patience as they use Pennsylvania’s roads, rails and airports over the Thanksgiving holiday weekend.

The Pennsylvania Turnpike predicts 3.6 million cars and trucks will use the toll road through Sunday. Officials are expecting 735,000 vehicles will use the turnpike on Wednesday with the heaviest traffic volume between 7 a.m. to 8 p.m.

Amtrak is rolling extra trains for the holiday. The railroad says Philadelphia’s Gray 30th Street Station saw a 39% increase in ridership on the Tuesday before Thanksgiving.

Travelers should expect longer lines at security checkpoints at the state’s airports.

Blizzard and wintry weather warnings, meanwhile, extended into the Great Lakes states with the storm bringing high winds and snow to Michigan, Minnesota and Wisconsin and a chance of snow over the weekend for parts of New England, said Alex Lamers, a National Weather Service meteorologist.

“That could be a coast-to-coast storm,” he said.

The storm system could mean disappointment for fans of the larger-than-life balloons flown at Macy’s Thanksgiving Day Parade in New York.

Organizers were preparing for the possibility of grounding the iconic balloon characters because of 40-50 mph gusts in the forecast. Rules put in place after several people were injured by a balloon years ago require lower altitudes or full removal if sustained winds exceed 23 mph and gusts exceed 34 mph. The decision will be made on parade day.

Those traveling through New Jersey are expected to face more traffic as they take to the roads and sky this Thanksgiving holiday weekend.

AAA Mid-Atlantic estimates nearly 1.4 million residents will travel 50 miles (80 kilometers) or more away from home between Wednesday and Sunday. AAA says that’s a 2.7 percent increase over 2018 and the highest Thanksgiving travel volume since 2005.

New Jersey Transit is offering early getaway train and bus service on Wednesday and extra service will be available for passengers traveling to and from New York for the Macy’s Thanksgiving Day Parade on Thursday.

Additional capacity also is available for passengers headed to Newark Liberty International Airport. The Port Authority expects 585,100 passengers will use the airport throughout the holiday weekend.