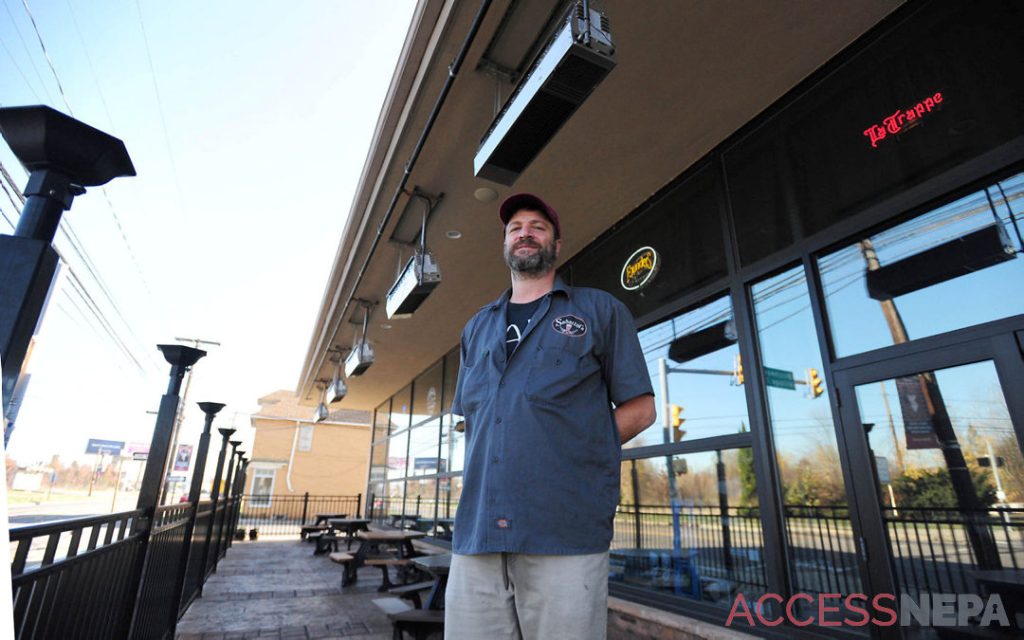 Patio heaters are in high demand as people have been encouraged to stay outside and socially distance during the COVID-19 pandemic.

Lindo Sabatini, owner of Sabatini’s Bottleshop & Bar in Exeter, ordered permanent natural gas heaters for his patio in August but faced a delay in getting them as a result of the high demand.

Six heaters were recently installed on Sabatini’s patio. He said customers can now enjoy drinks and pizza without having to worry about cold weather.

“We’ll have it open as long as someone is willing to sit outside,” Sabatini said. “We just flip a switch and the heat comes on.”

Since he added heaters, he said customers have been enjoying sitting outside. Indoors, Sabatini’s Bottleshop & Bar is limited to 25% occupancy.

Sabatini partnered with Carpinet Plumbing & Heating and it was a big project to install the heaters but he said it was “an investment that definitely pay itself off in the long run.”

“Whatever you could do at this point to make people feel more comfortable at your place is a necessity,” he said. “With the ever-changing restrictions that are being put on our businesses, you never know what they’re going to do indoors so the longer we can prolong the outdoor dining season, the better it is for our patrons.”

He tried to get them at Sam’s Club in Wilkes-Barre Twp. but they were sold out so he traveled more than an hour away to Sam’s Club in Muncy to get 16 heaters.

Customers at Margarita Azul have dined outdoors on the patio throughout the summer and fall and the restaurant recently opened for indoor dining but it’s limited to 50%. Castillo said he plans to keep the outdoor patio open as long as he can and the heaters will be a big help when the weather gets colder.

Main Hardware on South Main Street in Wilkes-Barre doesn’t typically sell patio heaters but owner Larry Stirewalt said he tried to order them this year because of the high demand. He wasn’t able to get any, however, since the demand created a shortage.

“We never had a demand for them before but now we do and we can’t get them,” Stirewalt said.

Main Hardware buys from True Value and Stirewalt said there has been a shortage of patio heaters for months. The demand is not only from restaurant owners, but from area residents who want heaters for their patios, he said.