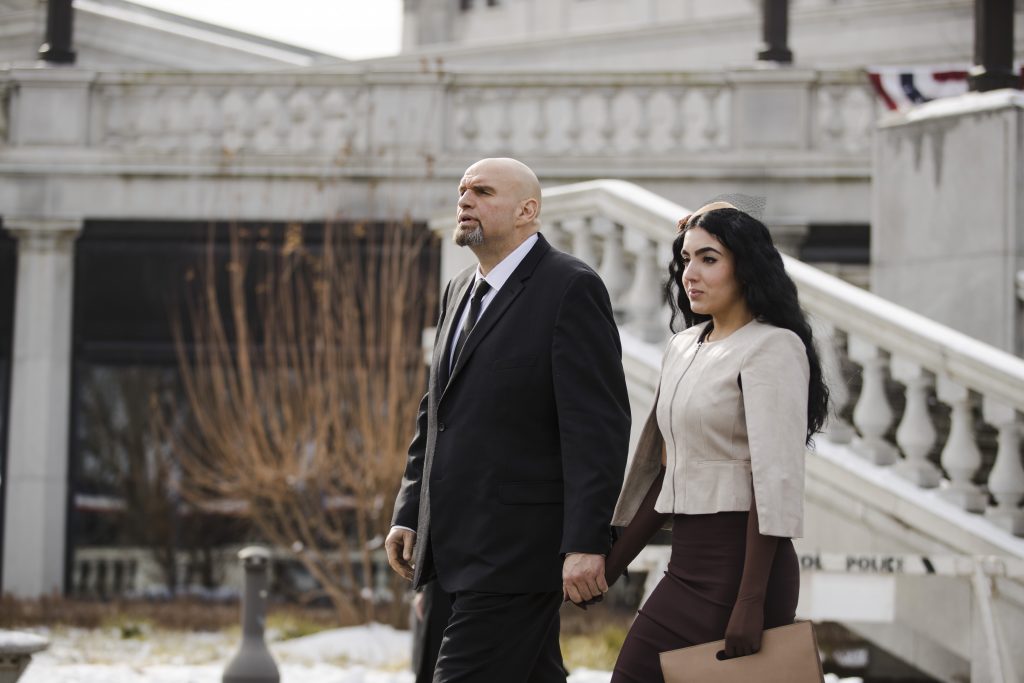 Second lady of Pennsylvania Gisele Fetterman brings her statewide tour to promote the 2020 census to Hazleton on Friday.

Census 2020: “Stand Up & Be Counted,” is a seven city tour of the state, promoting the importance of the upcoming census.

The tour stops are open to the public and Fetterman will be joined by local officials to discuss the importance of participating in the census.

Her visit to the Hazleton One Community Center, 225 E. Fourth St., will begin at 5 p.m. and continue until at least 6:30 p.m. when refreshments will be served.

“I’m grateful for the opportunity to travel Pennsylvania and talk with you about the importance of filling out your census form, because these numbers will affect us all for the next decade,” Fetterman said. “I’ve spent my career working to engage and empower communities. There is power in being counted. If you live in Pennsylvania, you matter to me and to the census.”

“When you miss 50 people, that’s $100,000 a year in federal money, and that’s $1 million over 10 years,” said Wampole, who is also the executive director of Visit Luzerne County.

That gives the county and its communities an incentive to do the census right and on time, he said.

The period for completing census forms lasts from March 12, when households will start receiving mail about the census, until the deadline for filling out forms of July 31.

Mailings will offer people three ways to take the census: online, by phone or by mail.

By May 1, census workers will start visiting households that haven’t responded.

In Hazleton, Mayor Cusat formed a committee to help the city take a complete count earlier this winter. Members are “just meeting with people and getting our message out and pass it on in their realm,” Cusat said.

He said the census affects federal funding that the city receives, but a higher count also boosts Hazleton’s chances of receiving state grants.

Companies look at census trends to decide where to open new stores, restaurants and other businesses.

The census can help school boards decide when to build new schools or help highway departments determine the need for new roads.

Cusat said there is no reason for people not to take part in the census because answers are private.

According to the official website, 2020census.gov, federal law says, “the Census Bureau cannot release any identifiable information about you, your home, or your business, even to law enforcement agencies.”

Every census worker takes an oath to protect answers for life.