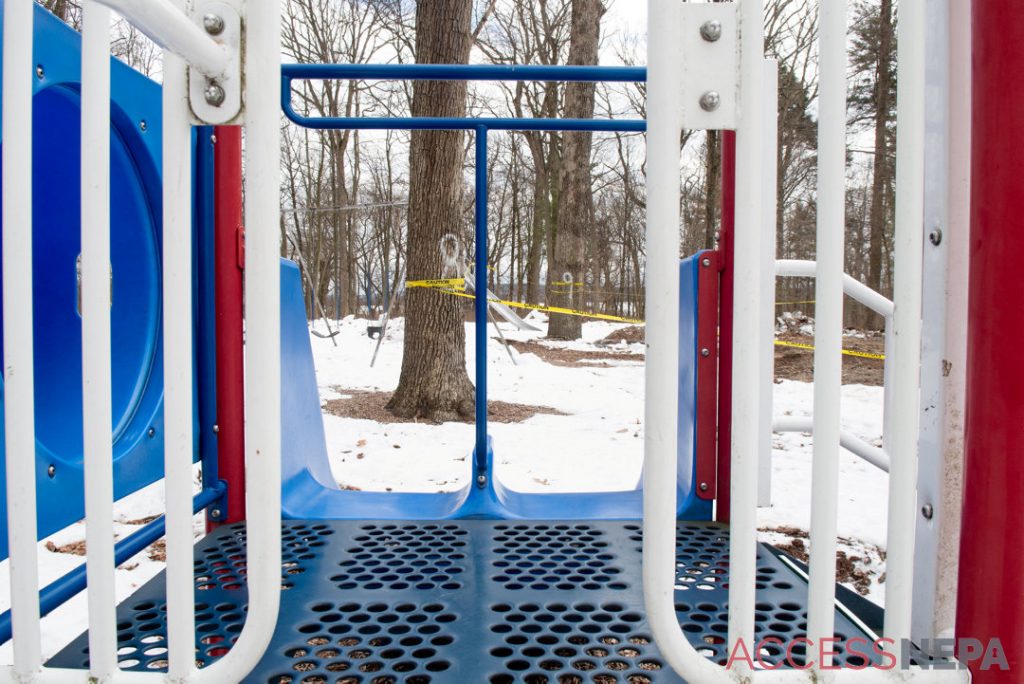 ORWIGSBURG — Schuylkill County’s oldest borough is getting a new look for one of its parks, and plans more such work in the future.

The work is needed to keep the park safe, he said.

“There are a bunch of dead trees that are hanging over the playground area,” Miller said. “We’ve had dead limbs fall off the dead trees already.”

Miller said at least 12 trees will be removed, although it could be more by the time the work is completed. There is no exact timetable for the work, he said.

“Until he gets here, there may be other trees,” Miller said.

He said the borough is taking the playground equipment from the site, but will not necessarily be getting rid of it. 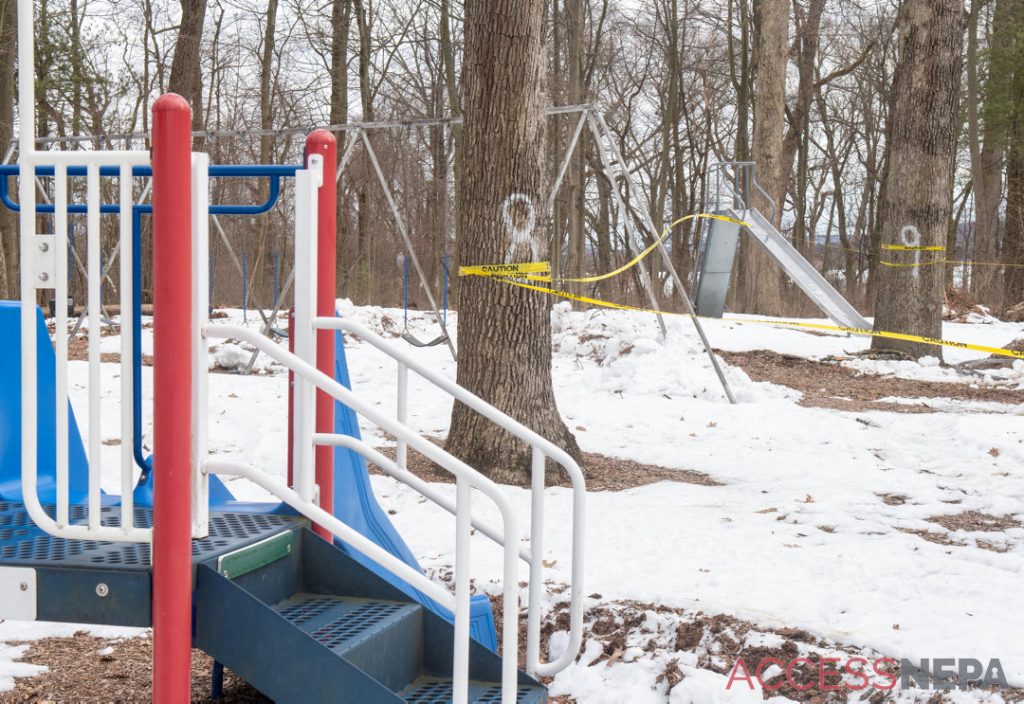 ACCESS NEPA
Yellow tape keeps playground equipment off limits to visitors as work is completed at the recreation area.

“We’re trying to salvage as much (of it) as we can,” Miller said.

He said the borough is trying to obtain grants from the state Department of Conservation and Natural Resources to fund the installation of playground equipment at other locations. Those sites include the Orwigsburg Area Youth League ballfield in the Ridgeview development and a property the borough recently bought along Ridge Road near the intersection with Marshall Drive, according to Miller.

“The grants aren’t done yet,” and probably will not be until this fall, he said.