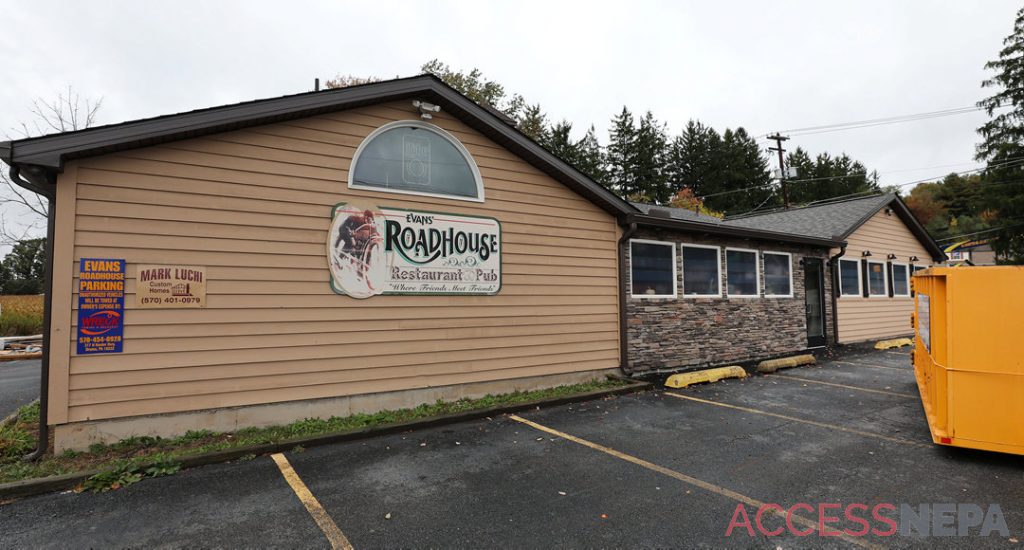 An open house for a popular restaurant and night club that was scorched by fire last year will be held Saturday and Sunday.

“Everything has changed. There are new bathrooms and a new kitchen,” said Crystal Vonglis, manager of Evans Roadhouse in Drums. “The decor is different. We had to replace the whole dining room, basically, because it was gutted.”

Vonglis is hoping folks will stop by the open houses to see the changes. They’ll also be able to purchase food from Joe’s Homemade Pierogies food truck and Crystal’s Creations baked goods, and they’ll be able to try their hands at winning tricky trays, raffles and other drawings.

A disc jockey will be on hand. Alcohol will not be sold, but folks may bring their own drinks. All ages are invited to the predominantly outside event.

The restaurant originally planned a fundraiser in April.

“It was literally two weeks away when we had to cancel because of COVID,” Vonglis said. “We haven’t been able to do it since because of occupancy limits. We were going to offer buffet-type food at the benefit but we can’t do anything like that now.”

Items donated in the past for the raffles and tricky trays will appear at the open house.

“Everything that we had already collected will be part of it. We have a lot of things,” she said.

The open house will follow Centers for Disease Control and Protection guidelines.

Vonglis was working May 31, 2019, when Evans Roadhouse caught on fire. It was a Friday and the place was filling with a dinner crowd. Employees evacuated the building and, once everyone was out, Vonglis grabbed a fire extinguisher and attempted to put out the flames.

Despite her efforts, the fire quickly spread. It took emergency responders from a dozen agencies to quell the flames.

The building suffered significant damage, but one area regulars will recognize is the bar.

“The wood in the bar area is the original,” Vonglis said, because flames didn’t hit that part of the building. Electric heaters were used through the winter to stave off weather-related damages.

Repairs took some time, she said, partly because of the pandemic.

“We had to wait two months to get a stove because of COVID,” she noted. “We are having a hard time getting some of the stuff that we need. Some of our equipment isn’t being manufactured.”

Evans plans to reopen as soon as it can.

“I don’t have a date as of yet. Hopefully I will know more at the open house,” she said.

Employment applications will be available at the event.