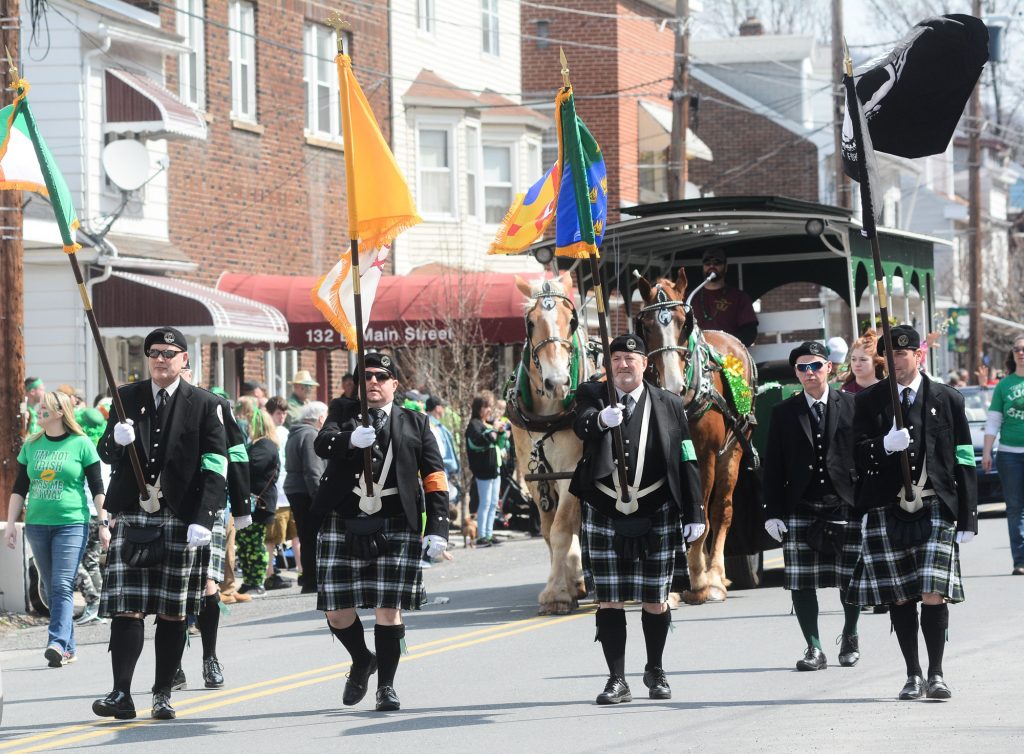 As a health and safety precaution due to the coronavirus pandemic, the 17th annual St. Patrick’s Day Parade scheduled for March 28 in the borough has been postponed, or could be canceled depending on future conditions.

The announcement was made Sunday by Joseph Wayne, president of the Girardville Ancient Order of Hibernians Jack Kehoe Division 1, which sponsors the event.

“The parade is postponed indefinitely until we ascertain what course this thing (coronavirus) is going to take,” Wayne said Sunday.

The parade draws thousands each year.

“We are going to postpone the parade in the interest of the health of the community,” Wayne said. “It’s not so much that we’re affected here and the surrounding counties, but there are bands that would be coming in from infected areas.”

Wayne noted the two-week period that has resulted in closing of all schools and other sites in the state may not be enough.

“I don’t think that the two weeks is going to be sufficient,” he said. “From what they’re saying, this may take six weeks before they bring it under control. Because of that, we’re not going to wait until the last minute. It wouldn’t be fair to the public. It wouldn’t be fair to the vendors and the participants in the parade, and most importantly the people in the community who might get infected.”

Wayne added, “We decided we’ll wait and reschedule for another date, and if we can’t, we’ll just wait until next year. If we wait until April 18, which is another month, or for six weeks, maybe it will settle down and be under control. If not, we’ll just play it by ear. Right now, it gives us a little more time to see how things are going to work out.”