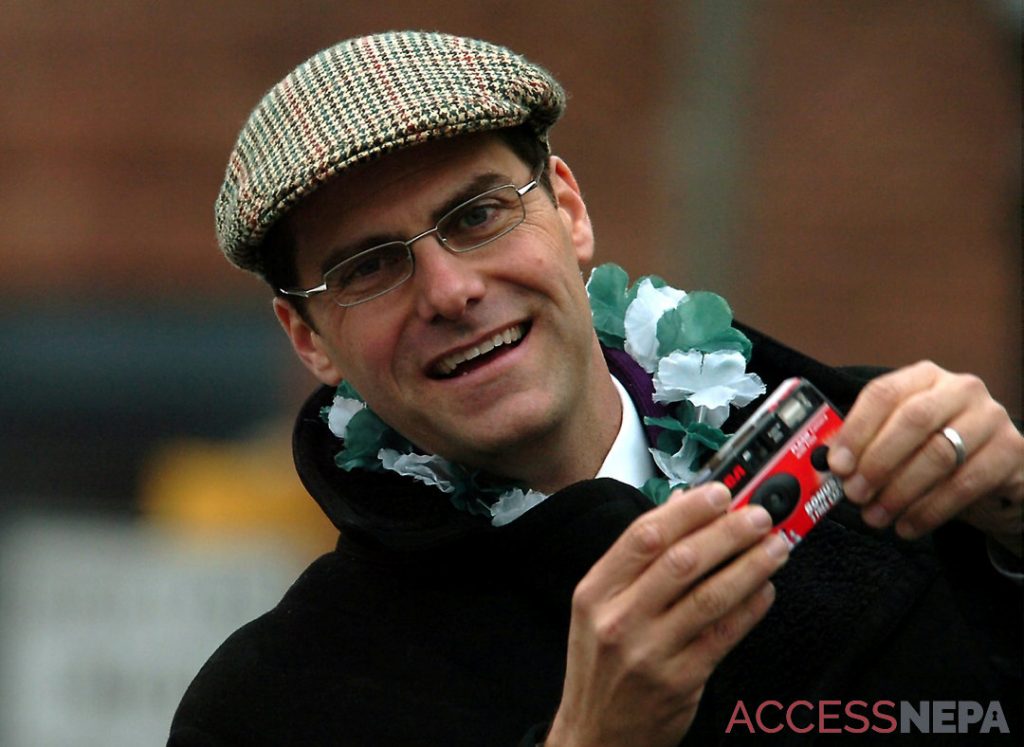 That’s what he said.

Cognetti said Wednesday she and members of her administration were trying to think of ways to ensure maximum participation of city residents in the census.

“How can we promote this, to personalize it to the city? What better way to do that than with ‘The Office,’ ” Cognetti said.

The NBC sitcom has remained popular in reruns and streaming services, picking up new generations of binge-watching fans.

Cognetti contacted Michelle Dempsey and Tim Holmes, two of the local organizers of ‘Office’ convention and wrap parties held in Scranton during the show’s original run on television.

They got the mayor in contact with actor Andy Buckley, who portrayed Wallace in the show, who “texted right back and said, ‘Anything for the city,’ ” Cognetti said.

A 5-minute video posted on YouTube opens with “The Office” theme song playing over a photo of Scranton City Hall superimposed with the words, “The Mayor’s Office.”

Cut to a photo of skyscraper labeled as Dunder-Mifflin headquarters in New York City.

A phone rings and the video cuts to a split-screen of Cognetti and Wallace.

“David Wallace. To what do I owe the pleasure? What’s happening,” Cognetti asks.

Wallace, letting out a heavy sigh, replies, “Well, Ms. Mayor, we need to talk about the census. The census is going on right now and Scranton is below average. We’re 6% below the average of the state and we need to get those numbers up.”

Cognetti replies, “OK, OK, wow. We’ve been trying. We’ve been working hard, but 6% down, that’s not good. We’ve got to try harder.”

Wallace says, “You don’t want to shortchange yourself. And I understand it’s hard. Everybody is sheltering at home. So I thought I would contact you. And I mean Scranton is my favorite city; it’s certainly where our favorite branch is, and just talk to the folks of Scranton and let them know, right now, the United States Census is happening.”

Wallace then explains the background and purpose of the census, and tells people to check their mail at home for a census survey, fill it out and send it in; or to get counted by going online to my2020census.gov, or calling 844-330-2020.

Wallace then references some Scranton residents who moved away.

“We lost Michael Scott and Holly to Colorado. We lost Jim and Pam to Philadelphia. We lost Creed … to the world, somewhere, who knows. So we don’t want to shortchange ourselves in Scranton because it directly correlates to the programs that we would get from the federal government.”

Cognetti makes the point that being counted now impacts federal funds the city would get over the next decade.